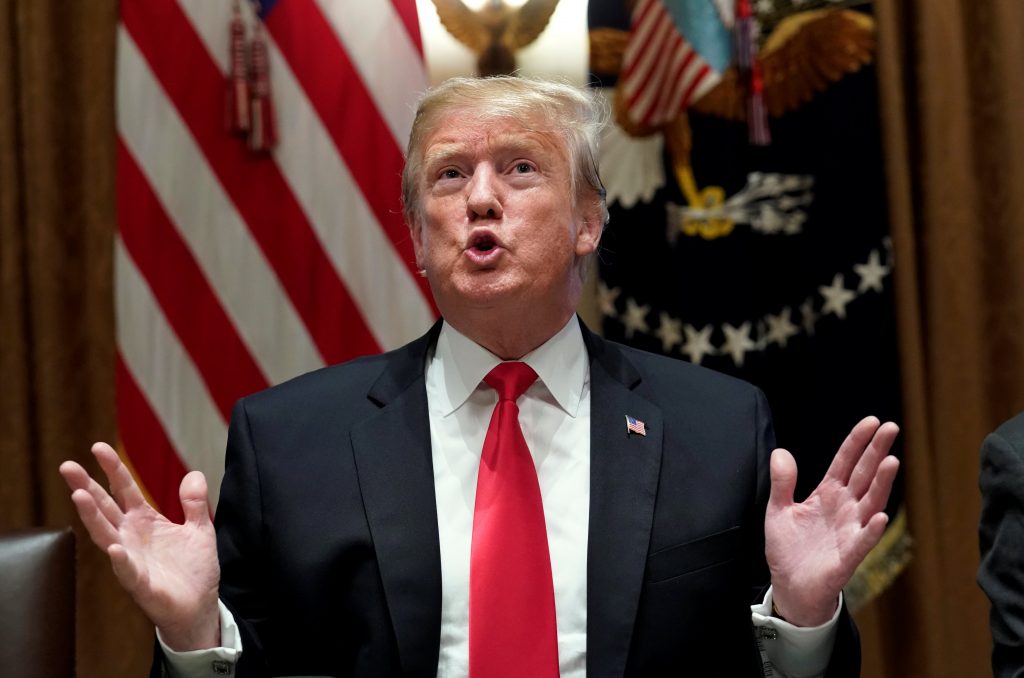 The White House is preparing an emergency declaration that President Donald Trump could issue as a way to circumvent Congress if lawmakers do not provide funding for a wall along the U.S. southern border, CNN reported on Thursday, citing internal documents.

The report comes as a bipartisan group of lawmakers introduced an amendment in the Senate that would temporarily open the U.S. government, which has been partially shut for a record 34 days over Trump’s demand for wall funding.

One senator said, however, he did not think the measure contained any wall funding.

Trump has insisted on $5.7 billion for a wall, an idea that was central to his electoral bid and a core part of his hardline policies on illegal immigration. Democrats have rejected his request and have instead sought to provide funds for other border security measures.

The official told CNN that among options being considered to pay for a wall were pulling $681 million from a Treasury Department asset forfeiture fund, $3.6 billion from military construction funding, $3 billion in Pentagon civil works funds and $200 million in Department of Homeland Security funds.

“We’re looking at all our options” but nothing is imminent, a senior Trump administration official said when asked about the report. The Pentagon did not immediately respond to a separate request from Reuters for comment.

If an emergency is declared, the U.S. Army Corps of Engineers would construct the wall, CNN reported.

The documents say that environmental reviews could be skipped and that DHS could use waivers to bypass contracting laws, which could help speed construction.