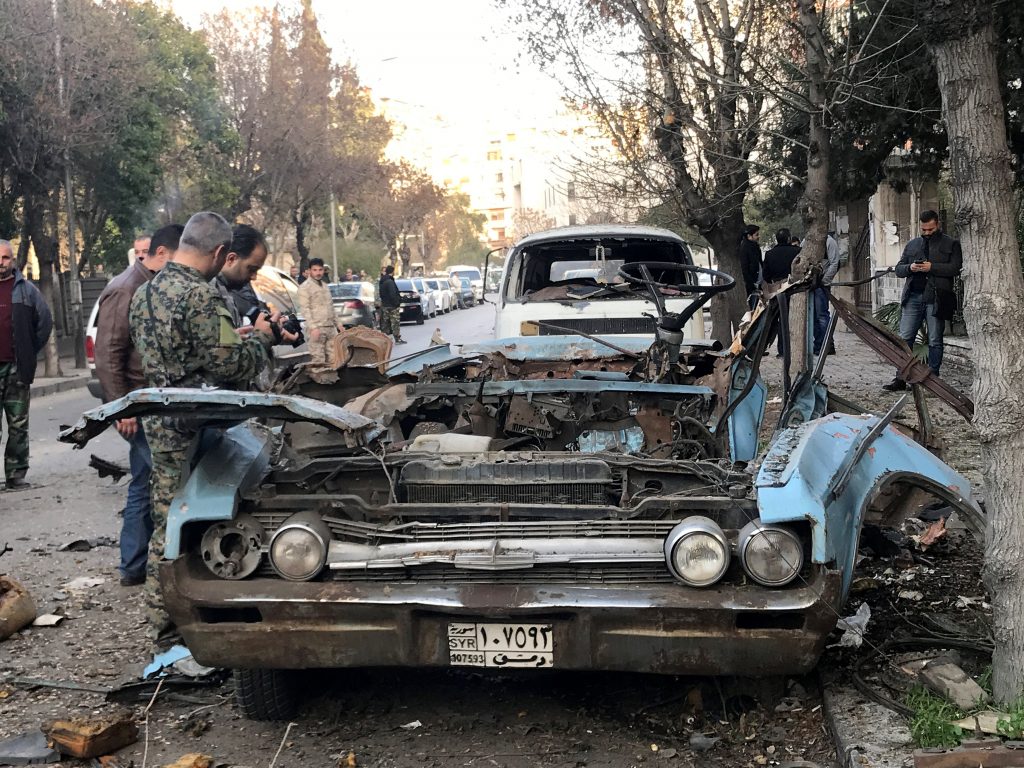 A car bomb exploded in Syria’s capital Damascus on Thursday causing damages but no casualties, state media said, the third such blast in a city under government control this week.

State news agency SANA said the bomb hit the al-Adawi neighborhood just north of the central Old City district. A witness said the blast occurred near a hospital and security forces were examining a blown-up blue car in the street.

A car bomb detonated in the coastal city of Latakia, near President Bashar al-Assad’s ancestral village, killing one person and wounding 14 on Tuesday, state media reported. On Sunday, a bomb exploded near a highway at the edge of Damascus and authorities arrested one attacker.

Syria’s war has killed hundreds of thousands of people, forced more than half its prewar population from their homes and dragged in global powers.

Though Assad has regained control over most of Syria with Russian and Iranian help, attackers have struck in cities he controls with suicide blasts and car bombs.

Latakia and central Damascus have stayed in the military’s hands throughout Syria’s eight years of war, avoiding the air strikes that battered other big cities.