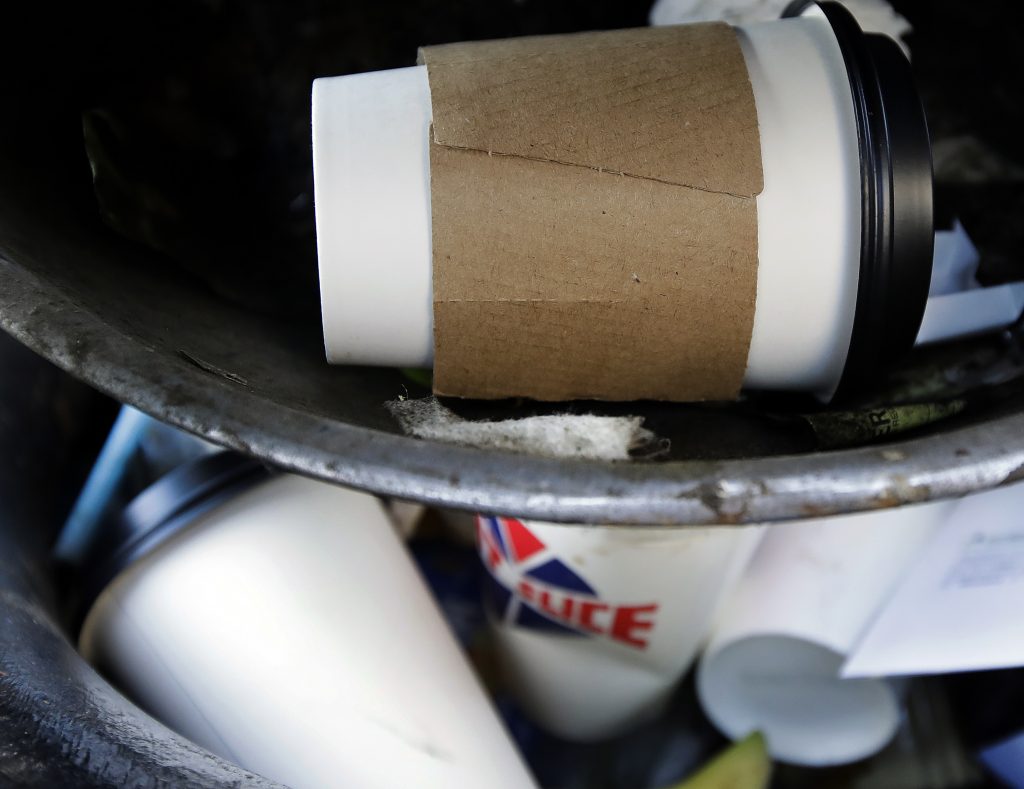 Patrons of restaurants and coffee shops in Berkeley, California, who don’t bring a reusable cup for their beverage will have to pay a 25-cent fee for a disposable cup as part of an ordinance approved by city officials to reduce restaurant waste.

“The goal is to transition Berkeley from throwaway to reusable food ware, to incentivize people to bring their own cup,” said Councilwoman Sophie Hahn, who co-authored the ordinance with Mayor Jesse Arreguin.

The ordinance, called Disposable-Free Dining, also requires restaurants to provide takeout containers that are compostable by mid-2020 and to provide only reusable plates and utensils for those eating in. It also says other disposable items, like lids and stirrers, can only be offered when requested.

Restaurants would keep all proceeds, and it would be up to them to decide what to do with the extra money. The funds, for example, could be used to replace plastic cutlery for more environmentally friendly silverware, she added.

The single-use cup fee is the latest effort in the socially forward city to reduce waste. Bans on plastic bags received support in the city of 120,000 long before California became the first state to impose a ban in 2014. The city has also imposed a ban on plastic straws.

Berkeley pioneered recycling in the 1970s and banned Styrofoam in the 1980s. But that alone is no longer enough, Hahn said.

The hope is to reduce consumption of single-use containers through a change in behavior and one day have people bring their own reusable carry-out containers to restaurants, just like they bring their reusable plastic bags to the grocery store, she said.

“We were the first city in the U.S. to do curbside recycling, and people thought we were crazy,” she said “But we pioneered that, and it has become the norm across the world.”

Berkeley voters also became the first in the country to approve taxing sodas to curb consumption, after costly campaigns by the soda industry helped defeat similar taxes in more than 30 other cities and states in recent years.

A lot of restaurants in Berkeley already use compostable to-go food ware and reusable plates and utensils for dining-in, and the ordinance faced no opposition, she added.

Business owners along Telegraph Avenue, a street lined with coffee shops and restaurants that cater to University of California, Berkeley students, support the measure but are still concerned about the financial impact it could have, said Stuart Baker, executive director of Telegraph Business Improvement District.

The change comes as restaurants adjust to an increase in the minimum wage to $15 per hour as of October, Baker said.

“Everyone is excited about doing something about the environment — and then the food price goes up but the student doesn’t make the connection and stops eating out and business goes down. That’s a concern,” he added.

Baker said he hopes the city educates the public about what the 25-cent fee would mean for the environment. “For this to be successful, people need to understand this will impact their pocketbook,” he said.