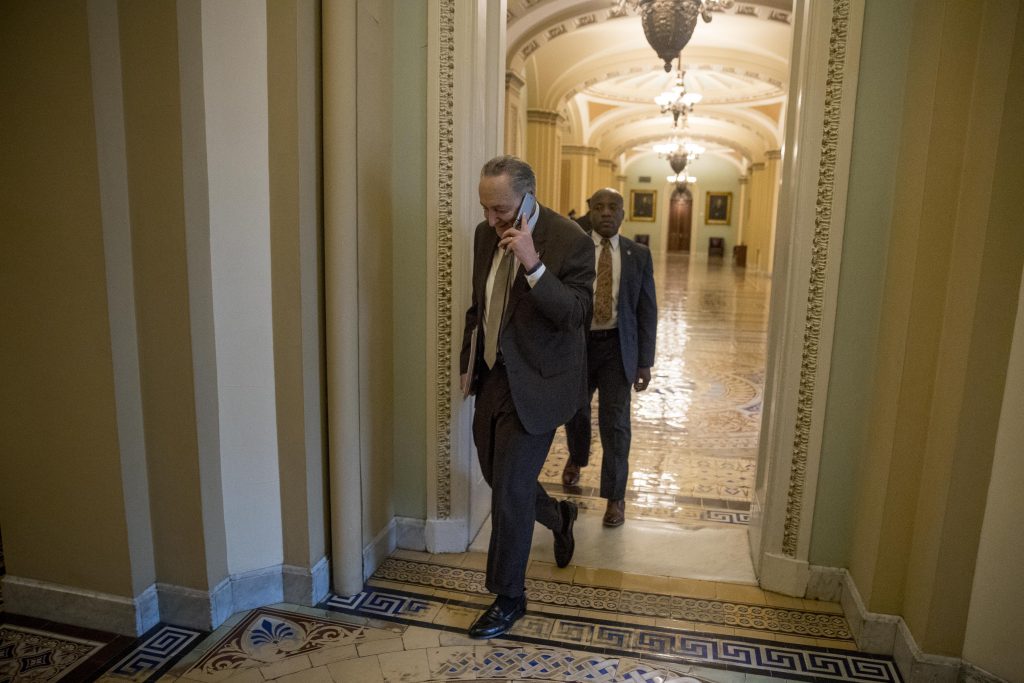 Two measures to end the partial U.S. government shutdown – one backed by Republicans and one by Democrats – fell short in the Senate on Thursday as lawmakers explored other potential compromises to end a monthlong impasse with the White House.

A bill backed by Republican President Donald Trump to end the shutdown by funding the wall he wants to build on the U.S.-Mexico border and a separate bill supported by Democrats to re-open shuttered agencies without such funding did not get the votes required to advance in the 100-member chamber.

But in the hours before the votes, signs emerged that lawmakers may consider new ideas for ending the 34-day shutdown, which was triggered by Trump’s demand for money to fund his long-promised wall.

Republican Senator Lindsey Graham, who is in regular contact with Trump, told reporters there were bipartisan efforts in the Senate to win the president’s backing for a three- to four-week government funding bill that would open shuttered agencies while border security negotiations take place. He urged Democrat Nancy Pelosi, the speaker of the House of Representatives, to back the efforts there.

Pelosi told reporters she was willing to meet with Trump to discuss the shutdown.

Her comments came one day after she essentially withdrew an invitation for Trump to give his State of the Union in the House chamber next Tuesday, saying that would not happen until the shutdown ended. Trump, who had planned to come despite the shutdown and considered giving the speech at another venue, conceded late on Wednesday and said he would deliver the speech in the House in the “near future.”

Trump wants $5.7 billion for a border barrier, opposed by Democrats, as part of any legislation to fund about a quarter of the federal government. That demand, and Democrats’ refusal to meet it, has led to the longest shutdown in U.S. history, leaving 800,000 federal workers, as well as private contractors, without pay and struggling to make ends meet, the effects on government services and the economy reverberating nationwide.

In a statement released late this afternoon, WH press secretary Sarah Sanders wrote, “Leader Mitch McConnell and Senator Chuck Schumer are meeting now to see whether or not they can work out of the deadlock. As was made clear to Senator Lindsay Graham, the 3 week CR would only work if there is a large down payment on the wall.”