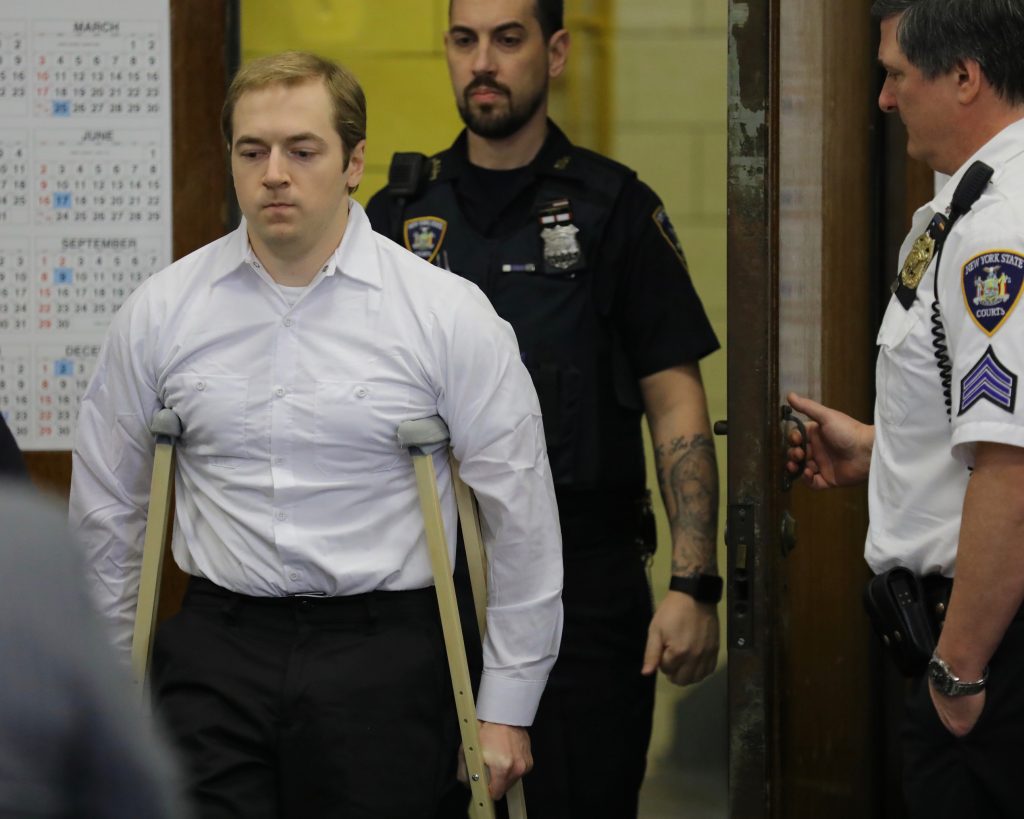 A white supremacist pleaded guilty Wednesday to killing a black man with a sword as part of an attack that authorities said was intended to incite a race war in the United States.

Jackson, who is white, told police he traveled from Baltimore to carry out the attack because New York is the media capital of the world. He said the slaying had been practice for further assaults on black people.

Jackson, 30, faces life in prison when he is sentenced Feb. 13 after pleading guilty to six counts, including murder and a hate-crime charge.

He spoke in a calm and collected manner as Judge Laura Ward questioned him in Manhattan criminal court, saying “that’s true” when asked whether he was armed with a sword and two knives when he began hunting black people on the streets of Midtown.

The plea came several weeks after Ward ruled that jurors would hear Jackson’s detailed confession if the case had gone to trial. Jackson’s attorneys said he pleaded guilty against their advice, aware he would face a mandatory life sentence.

Caughman, who was remembered as a gentleman and a good neighbor, was alone and collecting bottles for recycling when he was attacked from behind with a sword. He staggered into a police station and died at a hospital.

“This was more than a murder case,” Cyrus Vance, the Manhattan district attorney, said outside the courtroom. “This was a case of terrorism, just as any Islamic jihadist who has come to New York City and sought to kill New Yorkers in an effort to interrupt and destabilize our way of life.”

Jackson is from Baltimore and a veteran who served in Afghanistan. Family friends said previously that the allegations were out of line with how he was raised, in a tolerant middle-class family.