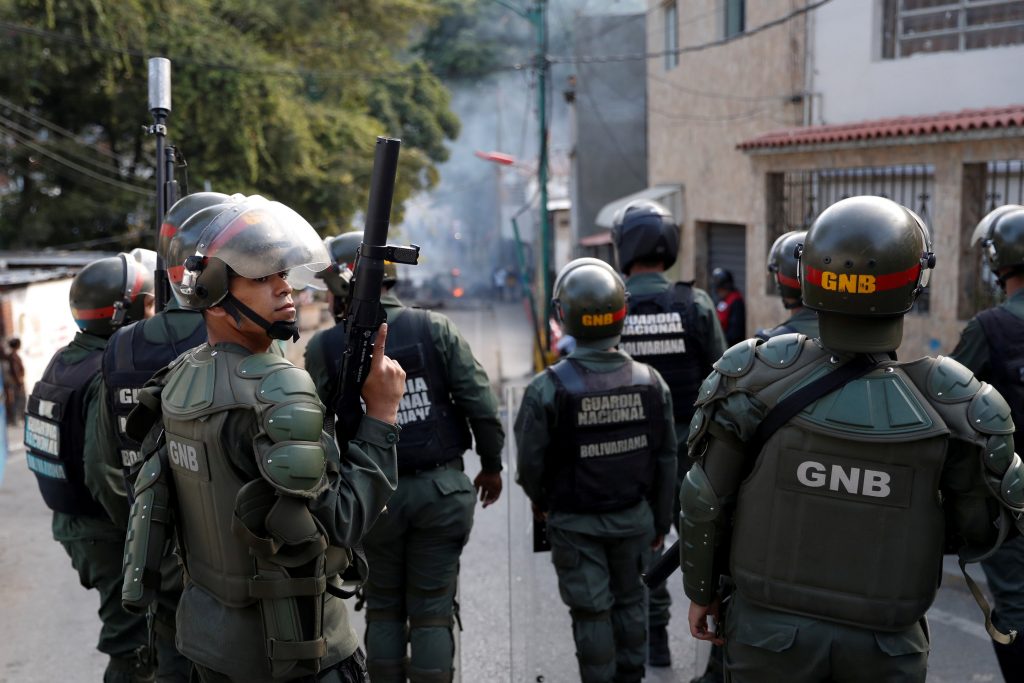 Venezuelans will take to the streets on Wednesday as the opposition hopes to capitalize on several weeks of momentum and force a change in the government of President Nicolas Maduro, who has overseen economic collapse and the erosion of democracy.

A spate of protests in Caracas on Monday, sparked by a brief military uprising, have spread hope that a new leader of the congress, Juan Guaido, could unify the opposition and dislodge Maduro, who this month began a second term under a barrage of criticism that his election was illegitimate.

Guaido has said he would be willing to replace Maduro as interim president, with the support of the military, to call free elections. The opposition-controlled congress, considered by many abroad as Venezuela’s last remaining bastion of democracy, has declared Maduro a “usurper” and the United States has thrown its backing behind Guaido.

The march, expected to draw hundreds of thousands, could solidify popular support behind Guaido and some backers are asking him to proclaim himself the legitimate president. Venezuela’s opposition has been largely leaderless since Guaido’s mentor, Leopoldo Lopez, was arrested in 2014 during street protests.

Guaido, 35, has called for the military to disavow Maduro and has promised a future amnesty for those that help bring about a return to democracy.

Guaido, in an interview with Reuters on Tuesday, said if he became president he intended to provide legal protection to soldiers and officials who defected, though he recognized “there would have to be justice for those that have done bad things.”

“The unease is natural. We’ve spent 20 years suffering attacks. They have killed political leaders, they have jailed others, I was kidnapped for a few hours, they’ve killed my friends,” he said.

The ruling Socialist Party is holding a rival march on Wednesday and officials have threatened Guaido with jail. The pro-government Supreme Court, which annulled the powers of the congress in 2017, ruled on Tuesday to not recognize Guaido as its head and asked the state prosecutor’s office to determine whether he had committed a crime.

Maduro, who was inaugurated on Jan. 10 following a 2018 election widely viewed as a sham, has presided over Venezuela’s spiral into its worst ever economic crisis, with inflation forecast to reach 10 million percent this year.

Maduro’s administration has jailed dozens of opposition activists and leaders for seeking to overthrow him through street demonstrations in 2014 and 2017. The 2017 protests left 125 people dead in clashes with police.

Vice President Mike Pence issued a message of support to Venezuelans opposing the government on Tuesday, branding Maduro a “dictator with no legitimate claim to power.”