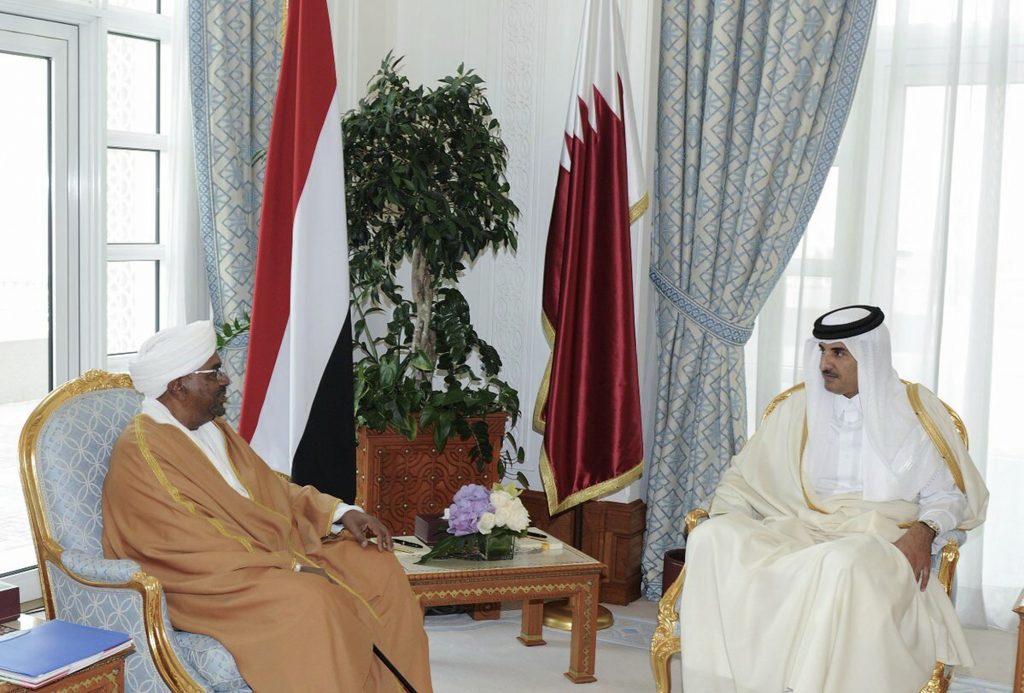 Sudan’s embattled president on Wednesday met the ruler of the tiny, energy-rich nation of Qatar, likely looking for financial support amid weekslong protests challenging his 29-year rule in the African nation.

Footage aired by Qatar state media showed the two later meeting at the palace, al-Bashir accompanied by an entourage of government officials on his first trip abroad since the protests began.

Sudanese officials had said in December that Sheikh Tamim promised in a telephone call that Qatar will “provide all that is needed” to help Sudan get through its crisis. Qatar at the time only acknowledged that the phone call took place.

That request is likely to involve cash. Sudan lost three quarters of its oil wealth when the south of the country seceded in 2011, plunging the country into its worst economic crisis in decades.

A devaluation of the currency in October pushed up prices, but lifting state subsidies on bread last month proved to be the final stroke, sparking the latest bout of unrest. A cash crunch also led to long lines at ATMs and limits on cash withdrawals. Similarly, a fuel shortage meant hours-long waits at gas stations.

This led to street protests which erupted on Dec. 19 and later shifted to calling on al-Bashir’s ouster. At least 40 have been killed in clashes.

On Wednesday, the U.S. condemned “the use of violence, including the use of live fire, and the excessive use of tear gas by the Sudanese security forces” during the protests.

The State Department said in a statement it urged authorities to end “arbitrary detention and excessive force against protesters” and “release all journalists, activists and peaceful protesters.”

Sudan has sent troops to support the Saudi-led war in Yemen, but now seeks aids from Qatar, which the kingdom and three other Arab states have been boycotting since June 2017 in a political dispute.

Al-Bashir was indicted in 2010 by the International Criminal Court for genocide in Darfur, where an insurgency erupted in 2003. To avoid arrest and repatriation to The Hague, the court’s seat, he has restricted his travel to African and Arab nations.