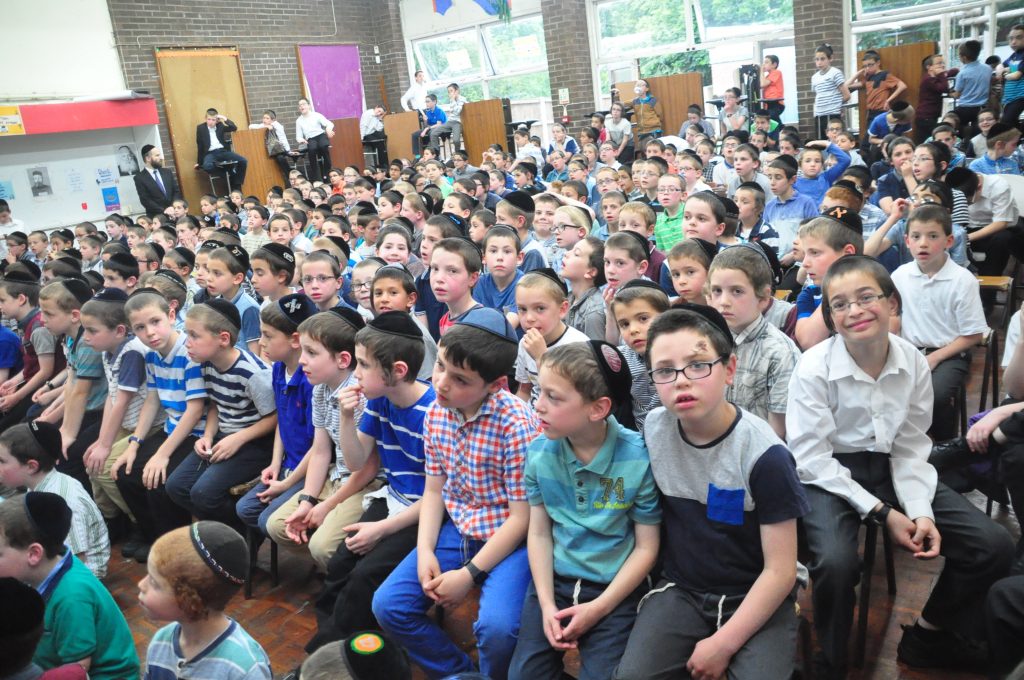 The Institute for Jewish Policy Research has published a statistical bulletin comparing the U.K. Jewish school populations in 2015/16 and 2017/18. The main finding is that chareidi children in chareidi schools now form the majority of Jewish schoolchildren in the U.K.

The report is jointly produced by The Board of Deputies and describes changes in individual schools over the two periods in what they label as mainstream and strictly orthodox institutions. As one chinuch askan pointed out, “With 58 percent of Jewish children in Jewish schools now chareidi perhaps the mainstream label will switch to the chareidi children for future reports? We are now clearly the mainstream in this area.”

Just under 35,000 children are currently in Jewish schools, three quarters of whom are in Greater London or South Hertfordshire. This represents an increase of over 10 percent compared to 2015-16. The current figure is twice that of the mid-1990s since when numbers have increased by about 800 children annually. Within the overall chareidi kehillah the proportion of children in Manchester is steadily increasing, now just below 30 percent.

These well-regarded data confirm the primary position of chareidi schools in the U.K. Jewish community.

Dr David Landau, chair of Chinuch UK said, “This clearly demonstrates the need for a powerful voice for our children, parents and schools. The size of our kehillah demands a coherent and professional approach to confronting government with our issues. Chinuch UK is working hard to ensure that all our concerns are addressed.”

Rabbi Avrohom Pinter expressed his pleasure at the figures, and said, “The continued growth of the chareidi kehillah, ka”h, is wonderful to see, but brings its own challenges, for example the constant need for more school places, which often means creating new schools each year.”