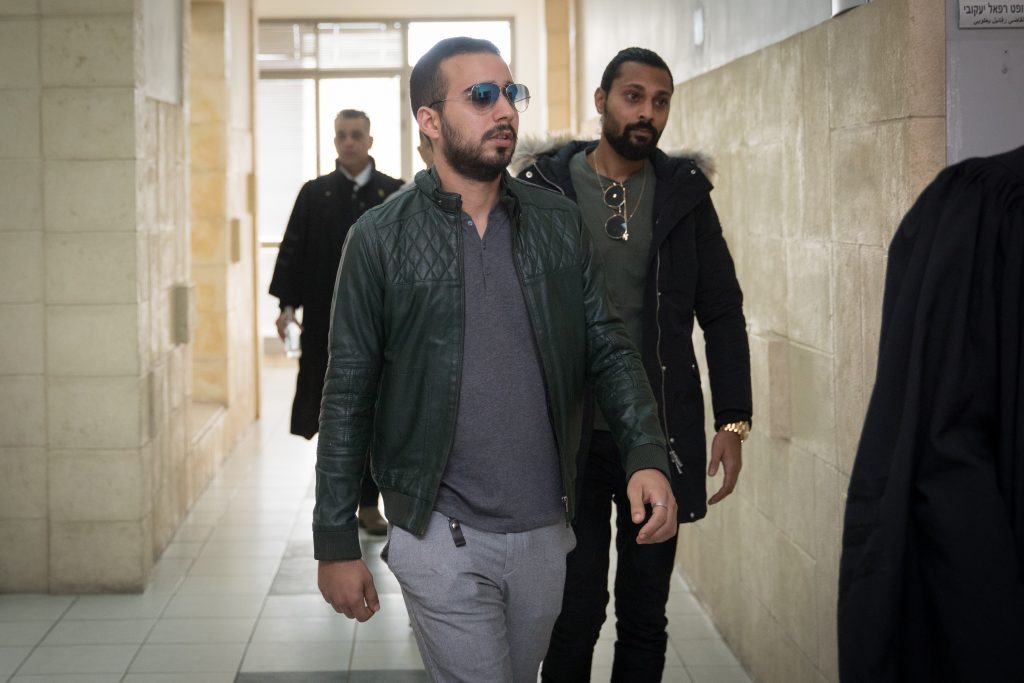 The Yerushalayim District Court on Wednesday imposed a prison sentence of nine months in jail on Niv Asraf, who in 2015 falsely claimed that he had been kidnapped by Arab terrorists. Eran Naguker, who assisted Asraf in the pretense, was sentenced to six months of public service after he expressed remorse for his actions.

The two had previously been prosecuted on civil charges, and had been fined a total of NIS 625,000 to defray the expenses of the frantic search that ensued when it was thought that Asraf had been kidnapped. The prosector demanded a retrial, claiming that a fine was not sufficient and demanding jail time. The Prosecutor’s Office said that “the decision sends a message that those who cynically use security forces will be punished. This was a premeditated act that could have led to a major flareup of security tension.”

In April 2015, Asraf, then 22, traveled with Naguker to Kiryat Arba to carry out their plan. According to investigators, Asraf acted out of personal reasons, hoping to raise concern among acquaintances as to his whereabouts. Asraf went into hiding, while Naguker arranged for his vehicle and cellphone to be found. Naguker later told police that Asraf had walked into an Arab town seeking assistance with a flat tire, but had not emerged.

A major search ensued, with hundreds of police and soldiers searching for the youth – with security forces determined not to allow for a repeat of the 2014 kidnapping incident in which three Israeli teens were kidnapped and later killed by Hamas, helping to set off Operation Protective Edge. Asraf was found about eight hours later, and under questioning the two admitted that they had made up the whole thing. At trial, the state agreed to a plea bargain that saw the two fined NIS 625,000, and Wednesday’s decision increases their punishment to include jail time and public service.