Politics Pelosi: No Speech in House Until Govt Opens
Politics 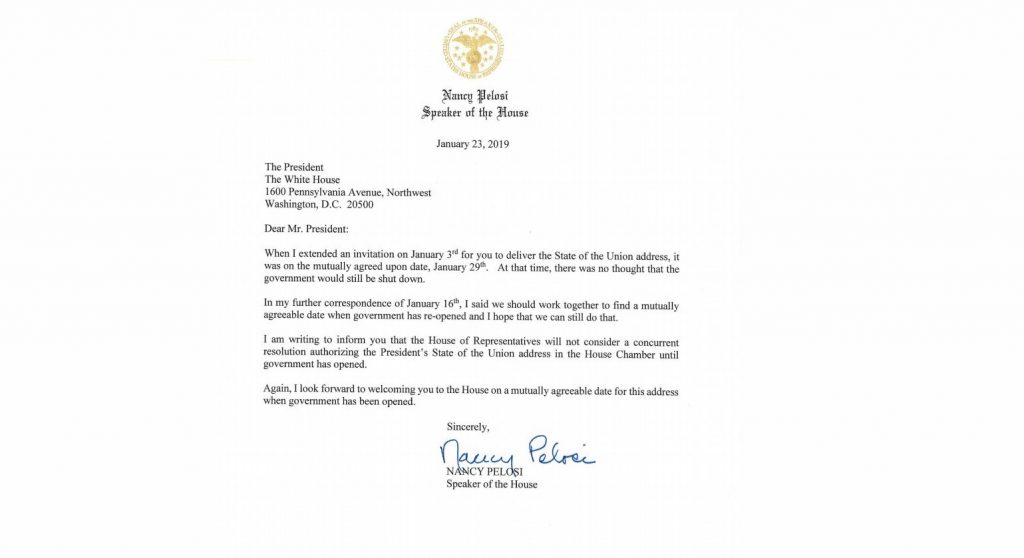 The California Democrat told Trump in a letter Wednesday the Democratic-controlled House won’t pass the required measure for him to give the nationally televised speech from the House floor.

Pelosi acted just hours after Trump notified her that he was planning to deliver the speech next Tuesday in line with her original invitation.

Pelosi’s moves have left the White House scrambling to devise an alternative plan for the speech, which is one of the president’s top opportunities to lay out his agenda to the public.

Pelosi said “I look forward to welcoming you to the House on a mutually agreeable date for this address when government has been opened.”