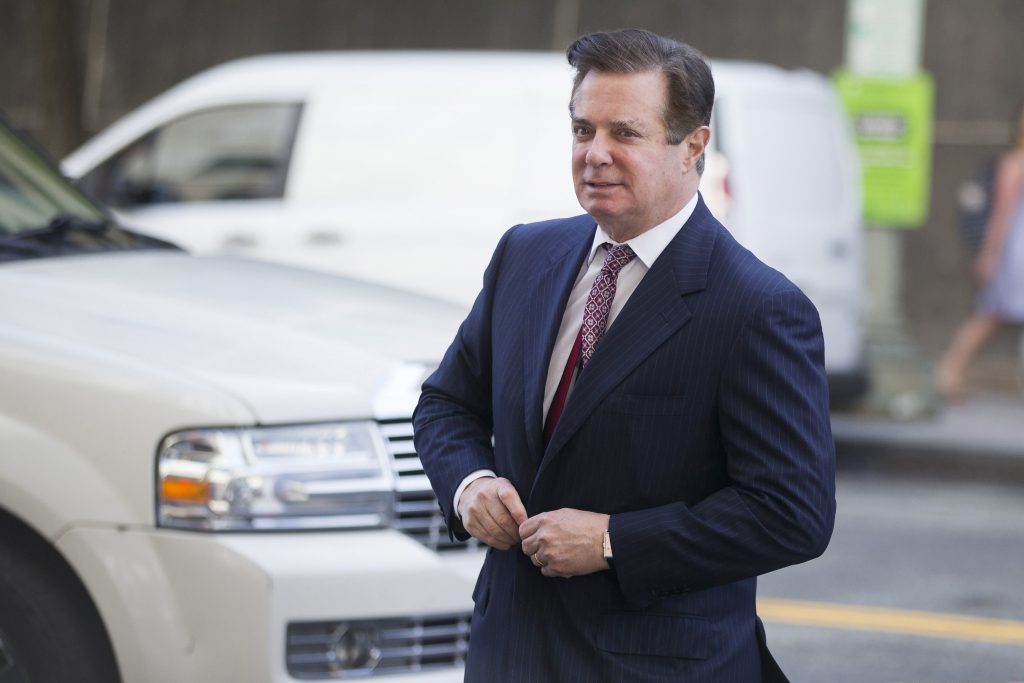 Attorneys for Paul Manafort filed a sealed response Wednesday to government allegations that the former Trump campaign chairman lied to investigators and broke his plea deal.

A federal judge granted Manafort’s request to file under seal his answers to claims he lied after pleading guilty and agreeing to cooperate in special counsel Robert Mueller probe of Russian interference in the 2016 presidential election.

U.S. District Judge Amy Berman Jackson also directed Manafort to file a public version of the document with appropriate redactions before a hearing scheduled for Friday in Washington.

Mueller prosecutors said they are ready to back up their accusations by presenting witnesses to testify about the alleged lies in the running disagreement.

Manafort’s attorneys have said any misstatements were unintentional and that the accusations could be sorted out at sentencing for the 69-year-old Manafort, where the extent of his cooperation and whether he has accepted responsibility for his crimes could affect any request for leniency.

Manafort pleaded guilty in September in federal court in Washington to conspiring to cheat the Internal Revenue Service, violate foreign-lobbying laws and tamper with witnesses in connection with lucrative, undisclosed lobbying work he did for a pro-Russian politician in Ukraine.

He also was convicted by a jury in August in a separate federal case in Virginia for bank and tax fraud crimes.

He is awaiting sentencing in both cases, scheduled for Feb. 8 in Alexandria and March 5 in Washington. Manafort has been jailed in Alexandria, Virginia, since June, after the witness tampering charge was filed.

Jackson, of the federal court for the District of Columbia, directed prosecutors to lay out to her the “factual and evidentiary basis” of their claims about Manafort’s lying, which they did earlier this month in a heavily redacted court filing that included a 31-page affidavit from an FBI agent.

Manafort’s defense team had inadvertently revealed some of the contested statements — including that Manafort shared polling data about the 2016 race with an associate who allegedly has ties to Russian intelligence — in a previous filing with information intended to be sealed but that became public because of a formatting error.

Even as he was working for the Trump campaign, Manafort continued to communicate with Konstantin Kilimnik, a Russian employee of his consulting business who the FBI says was linked to Russian intelligence, prosecutors have previously said in court papers.

In a written statement to The Washington Post in 2017, Kilimnik denied that he had connections to Russian intelligence.

Kilimnik, who is believed to be in Moscow, was charged in June with conspiring with his former boss to obstruct Mueller’s investigation.

Mueller accused Manafort of lying about the pair’s talks about a Ukrainian peace plan during the 2016 campaign; a meeting between the men while they were in Madrid; and Kilimnik’s alleged role in the witness tampering effort to which Manafort pleaded guilty.

Manafort’s attorneys, Kevin Downing, Thomas Zehnle and Richard Westling, have told the court Manafort had trouble recollecting certain details partly because solitary confinement at the jail has “taken a toll on his physical and mental health.”