Community The Future of Shechitah After Brexit
Community 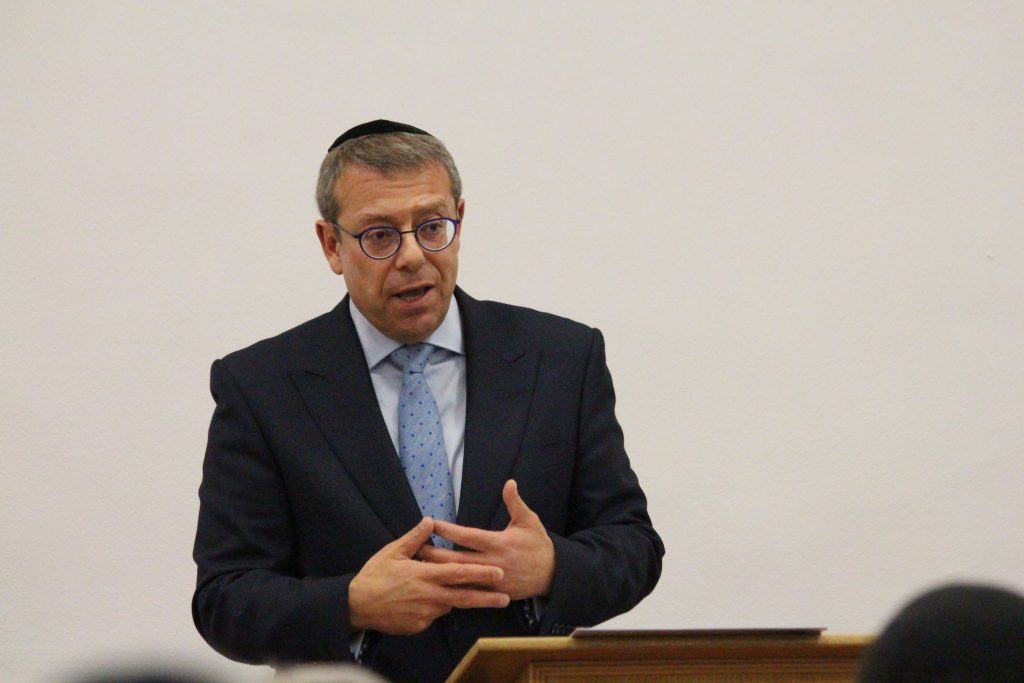 As the countdown toward the official Brexit date intensifies, and in light of the shechitah ban in Belgium, Hamodia spoke to Mr. Shimon Cohen, campaign director of Shechita UK, about his work in this field and potential threats to shechitah in the United Kingdom.

Mr. Cohen began by observing that the impact of Brexit on shechitah could be quite considerable. He explained some background to European law, saying that in some areas and their associated ministries, the legislation originates from Brussels (the seat of the EU Parliament), whereas other areas are member-state-led. For example, the health legislation in each country is determined entirely by that country. This means that any health issues regarding bris milah will not be affected by Brexit. However, the department of agriculture runs on legislation originating with the EU, which has been very beneficial for shechitah, as the Minister for Agriculture can issue regulations without their needing to pass through Parliament.

Mr. Cohen pointed out that in all the EU states except for the United Kingdom, people have a much more pragmatic attitude toward animals. Despite the recent ban in Belgium and similar attempts in other countries, in most of the EU hunting and shooting animals are common legal pastimes, and the needs of animals take second place to the needs of humans. In the U.K. Parliament, however, there is a strong animal welfare lobby, which, when coupled with objections to halal slaughter, can be very problematic for shechitah.

Unfortunately, there has been a tendency in some countries and in some parts of British society to channel anti-Muslim feeling, or indeed anti-Semitism, into restrictions on communities’ food supply. For example, in the Netherlands a few years ago, one of the right-wing parties said openly that they would try to ban the provision of halal meat on the basis that, if Muslims had nothing to eat, they would leave. Sadly, the rise in populism across Europe, the increase in both Islamophobia and anti-Semitism and the increasing acceptability of those prejudices in politics and polite society in the United Kingdom are bound to have a secondary effect on legislation.

Because of the way legislation about meat production will change after Brexit, it seems likely that there will have to be some kind of Parliamentary input in this area. Mr. Cohen said it is very probable that someone, whether out of genuine concern for animal welfare or out of prejudice or anti-immigration feeling masquerading as concern for animal welfare, will raise the issue of labeling. He said that if this goes to the floor of Parliament for open debate, then there will be a significant problem for the Jewish community.

This has already happened in the Welsh National Assembly, where a UKIP member tabled a motion calling for shechitah to be banned in the middle of a recent debate on animal welfare. Fortunately, Shechita UK had already gained assurances from the ruling Labour Party. The motion did not pass and the status quo remained.

Another significant issue around shechitah post-Brexit is that of import-export. Although technically, were it to become impossible to produce kosher meat in the United Kingdom, it could be imported, Mr. Cohen said that it is not a good idea to be completely dependent on meat from outside the U.K. He cited the case of Switzerland, where shechitah has been illegal since 1893. There is currently a piece of legislation at early stage discussions that would make it illegal to import anything into Switzerland which is not legal to produce there. The legislation was aimed primarily at items such as fur coats, but it would have the secondary effect of banning the import of pate de foie gras, and of course, of kosher meat. This would be very difficult for the kehillah there and would also set a very worrying precedent. Switzerland is not part of the EU, but it is part of the European Economic Area, and it has been suggested that the United Kingdom should join this post-Brexit. If there is already a country in that organization that forbids the import of kosher meat, this would be a worrying development. Mr. Cohen said that this highlights the need for there to be shechitah on the ground in the United Kingdom.

All is not doom and gloom, however.

For example, the British government recently signed a trade deal to provide lamb to Saudi Arabia. This would have to be meat which is unstunned halal meat. It is a very good deal for the United Kingdom and for the suppliers here, who are very happy about it. It’s also good news because Shechita UK has always argued that the exemption for religious slaughter is not only about providing kosher meat to the Jewish community in the United Kingdom, but about providing kosher meat to Jews, wherever they may be. The deal with Saudi Arabia seems to confirm this — that the exemption is about providing food to comply with people’s religious needs, wherever they may be.

The issue of this particular deal was raised recently in the House of Lords by a regular opponent of shechitah and halal meat. Fortunately he was opposed by a number of peers, including Lord Winston, whose reputation as a scientist, as well as being an Orthodox Jew, adds extra credence to his words. The government also spoke up in favor of the deal and of allowing the export of religiously slaughtered meat.

As Brexit looms, kosher meat suppliers are making contingency plans. A significant amount of kosher meat is slaughtered outside the U.K. because it brings down the price. However, if a tariff is applied after Brexit, then the price of imported kosher meat will rise automatically.

All the supervisory kashrus boards do carry out some shechitah in the United Kingdom, which, apart from the price issue, means that they have good working relationships with the abattoirs.

In the Political Arena

Mr. Cohen pointed out that Anglo-Jewry has been blessed to live in a real malchus shel chessed, which we are sometimes inclined to take for granted. When we can light menorahs in Trafalgar Square and the government is generous in funding for faith schools, when our right to practice our faith freely, including slaughtering meat by shechitah, is protected by law, it can be easy to forget that not every country is as accepting and encouraging of religious practice as the United Kingdom.

Shechita UK is very proactive in establishing and maintaining good relationships with politicians and civil servants. They brief MPs for areas where there are large Jewish communities, and often those from areas with large Muslim communities. Shechita UK is in contact with several Muslim organizations that are also concerned to maintain the supply of halal meat. There is no parallel halal organization to Shechita UK, as the Muslim community is not as centralized, and also does not perceive the need to provide halal meat as a communal necessity in the same way that that the Jewish community does.

Consultations regularly go out to the public about areas of animal welfare that may impact on shechitah. For example, recently, CCTV has been installed in abattoirs, in order to prevent abuse of animals. Animal slaughter has always been monitored — in a previous era, there was a vet at each abattoir, but now finances are tighter and a regional vet visits a number of abattoirs. CCTV will, to some extent, compensate for this and Shechita UK has no issue at all with this, with a number of provisos; for example, that the footage of the slaughter should not be available to the general public, via a Freedom of Information request, and remains the property of the abattoir. In general, Mr. Cohen feels that CCTV does not change anything regarding shechitah.

Another area where there are frequent changes in legislation is that of transport of animals for slaughter, and this again is one where Shechita UK has had input, as animal welfare is paramount to the kosher meat trade as well.

Shechita UK works with different political parties, including the Labour Party, the Lib Dems and the Nationalist parties, to ensure that they are all aware of the issues surrounding shechitah.

If a letter is published in a national or regional paper on anything to do with shechitah, Shechita UK will endeavor to respond appropriately and ensure that the facts about shechitah are publicized and that myths and misconceptions do not take hold of public consciousness.

Across Europe, in countries such as Greece, the Netherlands, Poland, Austria and elsewhere, Shechita UK has helped local kehillos ensure that shechitah is able to continue.

Mr. Cohen concluded by paying tribute to the London Board for Shechitah and Kedassia, who together with the support of the Manchester Shechitah Board, Machzikei Hadass Manchester and Gateshead Shechitah Board, provide crucial funding to help Shechita UK with their work. He also praised and thanked the Dayanim of the various batei din, in particular Dayan Gelley and Dayan Spitzer, who make themselves available to answer halachic she’eilos at any time of day or night. The government regularly comments that one of the reasons for the success of Shechita UK is their professionalism — for example, the fact that they are easily to contact and quick to respond.

It is only thanks to the communal organizations and the Rabbanim who support Shechita UK that this is the case, as well as the backing and support of the community.