Politics Democrats Weigh $5.7 Billion for Border But Not Wall
Politics 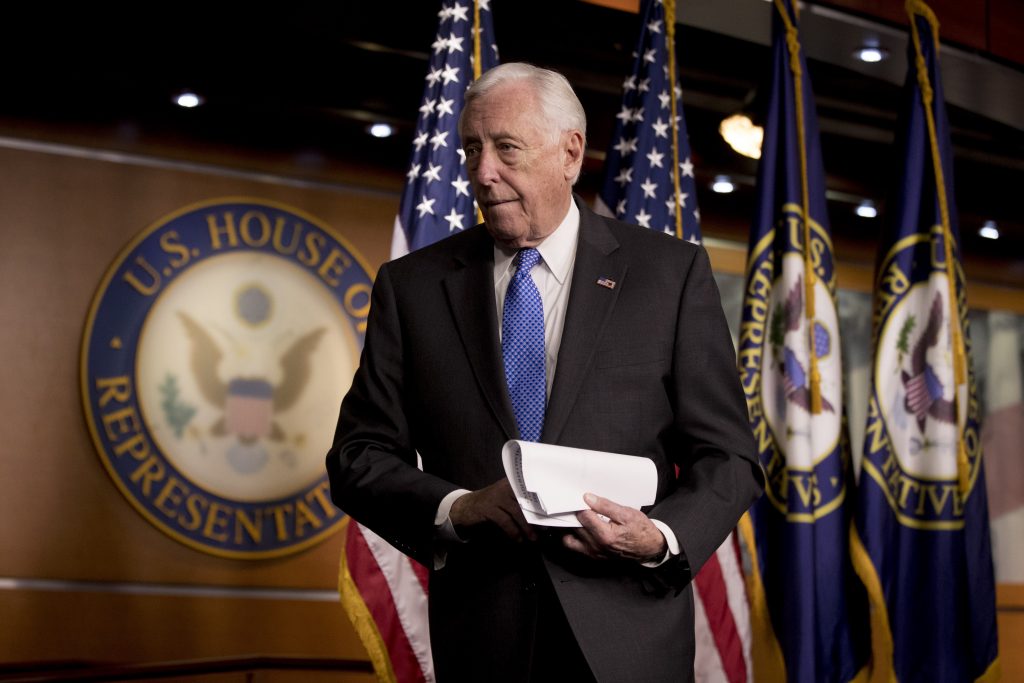 House Democrats are preparing to send President Donald Trump a proposal to boost border security — but not build a wall — by spending more than the $5.7 billion he wants for the wall, according to a Democratic aide.

The amount is subject to change, according to the aide, who said Democrats may make a proposal in a letter to Trump later this week. In past proposals, Democrats’ concept of border security has included infrastructure, more immigration judges and aid to Central American countries.

“We are prepared to spend a very substantial sum of money” for border security, second-ranking House Democrat Steny Hoyer told reporters Wednesday without giving details on the planned letter.

On the other side of the Capitol, the Senate plans to vote Thursday on two rival proposals to end the partial government shutdown, now in its 33rd day. One is Trump’s plan that includes $5.7 billion for border wall funding; the other is a Democratic proposal to reopen shuttered agencies through Feb. 8 while both sides negotiate on how to better secure the border. Each proposal would require 60 votes to advance in the Senate, which the GOP controls 53-47.

Trump says he’ll veto any measure that doesn’t fund his wall. Democrats likely have the votes to block his bill, while the Democratic proposal would need support from at least 13 Republicans to move forward. A failure to advance either bill would mean the shutdown continues.

“I’m going to support anything that allows us to proceed,” said Sen. Lisa Murkowski, a moderate Republican from Alaska.

Another Republican who has been pushing to reopen the government, Rob Portman of Ohio, said, “I’m going to vote for the president’s plan,” which he called a “reasonable proposal.” Still, he said it appears likely the president’s plan won’t get enough support to advance.

Portman told reporters he wants to support something that would lead to a resolution, saying he’s looking at the text of the Democrats’ plan.

House Homeland Security Chairman Bennie Thompson of Mississippi said the planned proposal by Democrats in his chamber, to be sent by Friday, could form the basis of negotiations if the government is reopened.

Democrats insist they won’t negotiate over border security funding while government agencies are closed. Pressure is building on both parties as federal workers will miss their second paychecks on Friday.

Hoyer of Maryland said the Democrats’ letter will spell out what Democrats say would be a more effective security strategy than building a wall.

“The question is not how much, but how. How effective, how efficient, how humane,” third-ranking House Democrat Jim Clyburn of South Carolina said on Bloomberg TV. He said there could be “secondary barriers” where necessary, including rebuilding existing physical barriers.

Hakeem Jeffries of New York, chairman of the House Democratic caucus, said his party is willing to discuss government funds for additional border agents, enhanced technology and increased security infrastructure — especially at ports of entry where most illegal substances enter the country — but he didn’t endorse any wall funding.

Democrats will not pay a “$5.7 billion ransom” for a “medieval border wall,” Jeffries said.