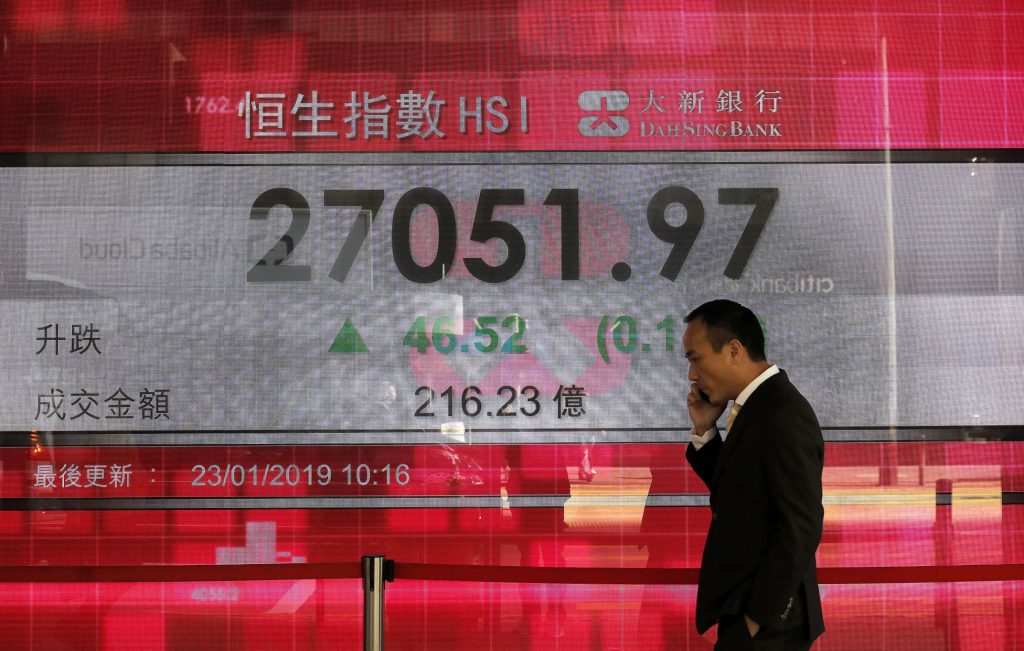 U.S. investors returned from a holiday Tuesday to lower global growth estimates by the International Monetary Fund and news that China’s economy expanded last year at its slowest pace since 1990. Reports that the Trump administration recently rejected a meeting with Chinese trade officials caused major indexes to slip further. The S&P 500 index declined 1.4 percent to 2,632.90. The Dow Jones industrial average dropped 1.2 percent to 24,404.48 and the Nasdaq Composite was down 1.9 percent at 7,020.36.

On Wednesday, Japan released weaker-than-expected trade data for December. The country said its exports fell by 3.8 percent from a year earlier, its largest drop in two years. It also posted its first full-year trade deficit since 2015. Imports climbed 1.9 percent in December, missing the market estimate of a 3.7 percent rise, and way below November’s 12.5 percent surge. Weaker Japanese exports suggest that a slowdown in China, the world’s second largest economy, is starting to have an impact on companies elsewhere that rely on it for business.

White House economic adviser Larry Kudlow refuted reports by media outlets including the Financial Times and CNBC saying the U.S. had turned down an offer by Chinese trade officials to meet in Washington this week due to a lack of progress on issues such as protection of intellectual property. He said both sides are working toward the higher level talks. The reports, citing unnamed sources close to the matter, said the preparatory talks had been meant to pave the way for meetings between Chinese Vice Premier Liu He and U.S. Trade Representative Robert Lighthizer next week.