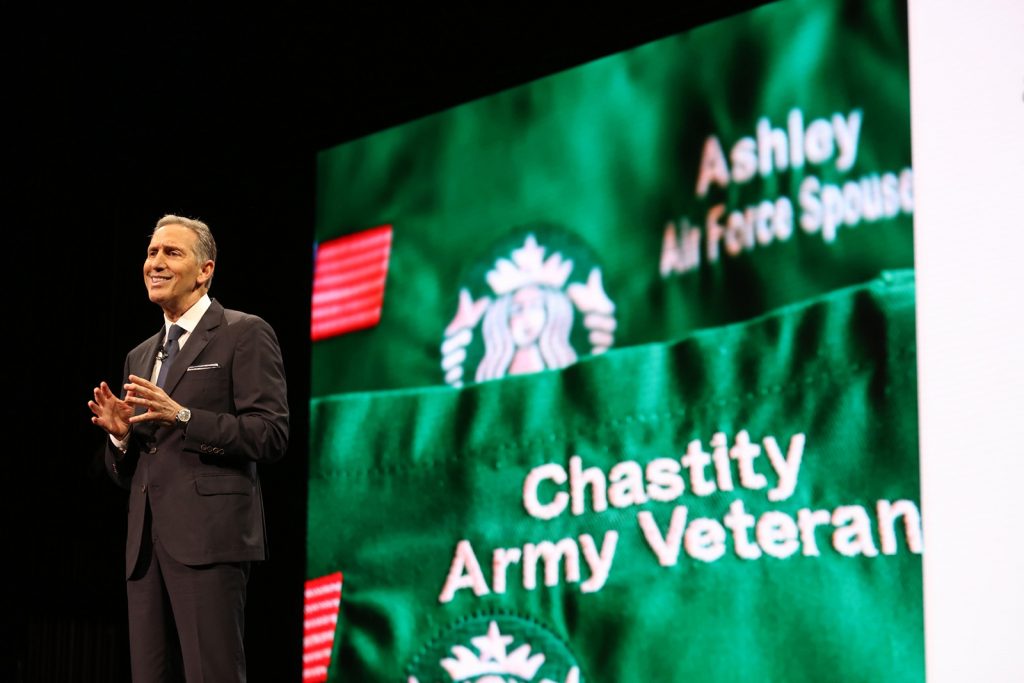 News that former Starbucks CEO Howard Schultz might run for president as an independent isn’t sitting well with the top Democratic official in his home state.

“I have two words for Howard Schultz on a potential run for president as an independent: Just. Don’t,” said Tina Podlodowski, chair of the state Democratic Party, in a statement shortly after The Washington Post reported Schultz’s possible run.

She actually had a lot more than two words, as the statement continued:

“Too much is at stake to make this about the ambitions of any one person. The 2020 race for President has to be about relegating Donald Trump to the dustbin of history, and reclaiming the Oval Office for our people and our future,” Podlodowski said.

Citing Schultz’s claim that he’s a “lifelong Democrat,” Podlodowski said he should run as a Democrat, investing in the party’s infrastructure. “You can even start at home, with the Washington State Democratic Party,” she added, inviting Schultz to meet and work together “to make our country better.”

The blowback shows Democrats’ fears an independent candidacy might only split the anti-Trump vote in 2020, securing the president’s re-election. But it is also evidence that Schultz may have a hard time building support in his home state as a corporate executive who has not cultivated substantive political relationships.

Still, Schultz for years has hinted that he might want to enter politics as a centrist problem solver. Word of his possible presidential aspirations arrives ahead of a promotional tour for his new book.