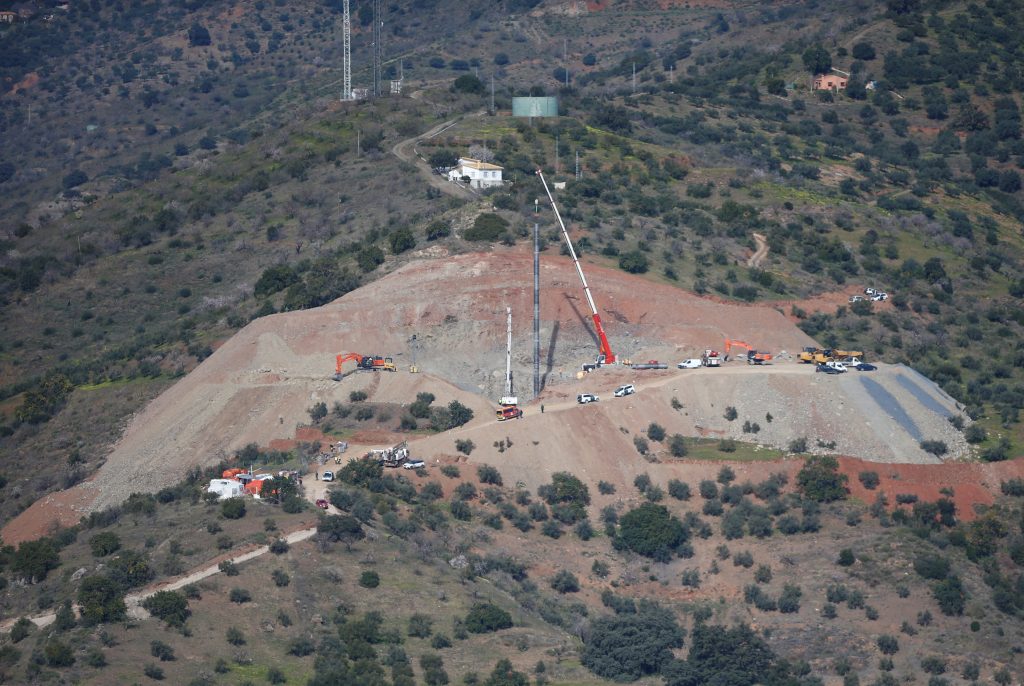 Spain’s Civil Guard said Tuesday it is investigating whether a narrow, deep borehole that a two-year-old boy fell into last week was drilled illegally, as authorities struggle to reach the spot where the toddler is believed trapped.

The Civil Guard’s press office did not elaborate on the investigation. Spanish media, including newspaper El País, said that the borehole made to search for water lacked proper authorization.

There has been no contact with Julen Rosello, who fell into the 360-foot deep shaft on Jan. 13 in the countryside northeast of Málaga. The only sign of the toddler that search-and-rescue teams have found so far is hair that matched his DNA inside the hole.

Rescue teams are trying to reach him by drilling a shaft parallel to the borehole. Mining rescue experts then hope to be lowered into the shaft in a cage so they can dig a horizontal tunnel to the spot where Rosello is believed to be.

Authorities in Malaga have said engineers need more time to widen the shaft they have dug.

Once the rescue experts can start their work, they estimate they will need at least another 20-24 hours to dig the four-meter tunnel.