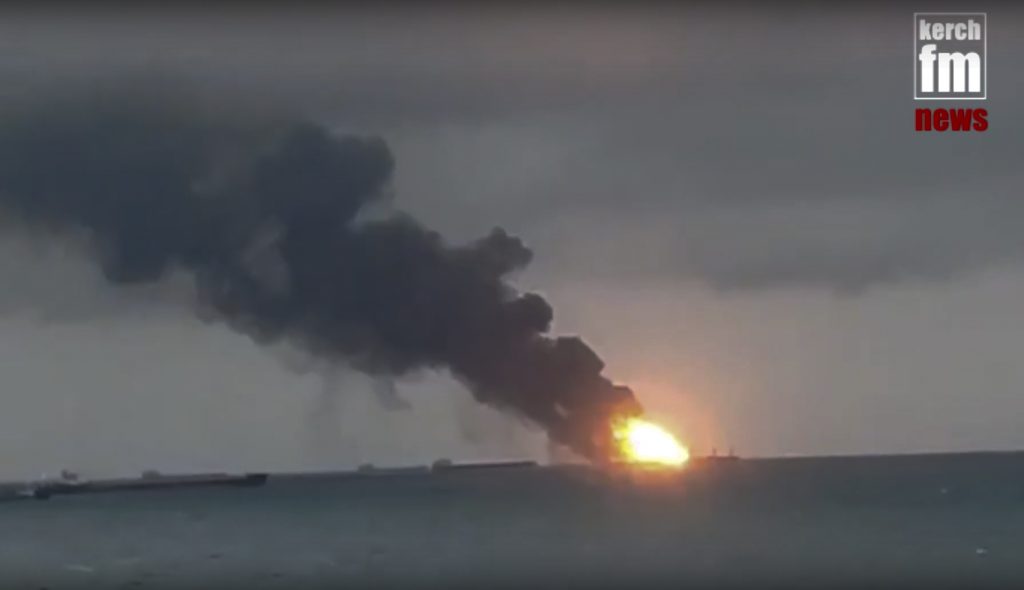 Ambulance crews on the Crimean Peninsula transported a dozen survivors of a ship fire to hospitals on Tuesday while six of their crewmates have remained missing in the Black Sea. At least 14 sailors died in the tragedy.

Two Tanzanian-flagged tankers caught fire Monday while liquefied petroleum gas was being pumped from one tanker to another. The blaze spread quickly, prompting the crews to jump overboard. The ships were about 15 nautical miles off the Crimean coast when the fire started.

Russian authorities said 12 of 32 crewmembers were rescued Monday in a salvage effort complicated by rough seas. Sea temperatures of about 50 F made it hard for the crew to hold out for long.

Emergency officials said they recovered 11 bodies from the water and saw another three dead but failed to recover them.

Strong winds prevented a quick transfer of survivors ashore, but on Tuesday they were finally taken to hospitals in Crimea, which Russia annexed from Ukraine in 2014.

The two vessels crews consisted of Turkish and Indian citizens.

The ships have continued burning.

Russian media reports said both tankers, the Maestro and the Candy, belonged to a Turkish company, Milenyum Denizcilik Gemi. It was sanctioned by the U.S. in 2015 for fuel deliveries to Syria.

The U.S. have also placed both vessels on its sanctions’ lists, making any company that deals with them subject to penalties — restrictions that might explain the ship-to-ship fuel transfer at sea.

Russian shipping registers indicate, however, that both tankers have made repeated calls at Russian ports recently. The Maestro sailed out of the Russian port of Temryuk on Sunday, and another vessel last called there last month.