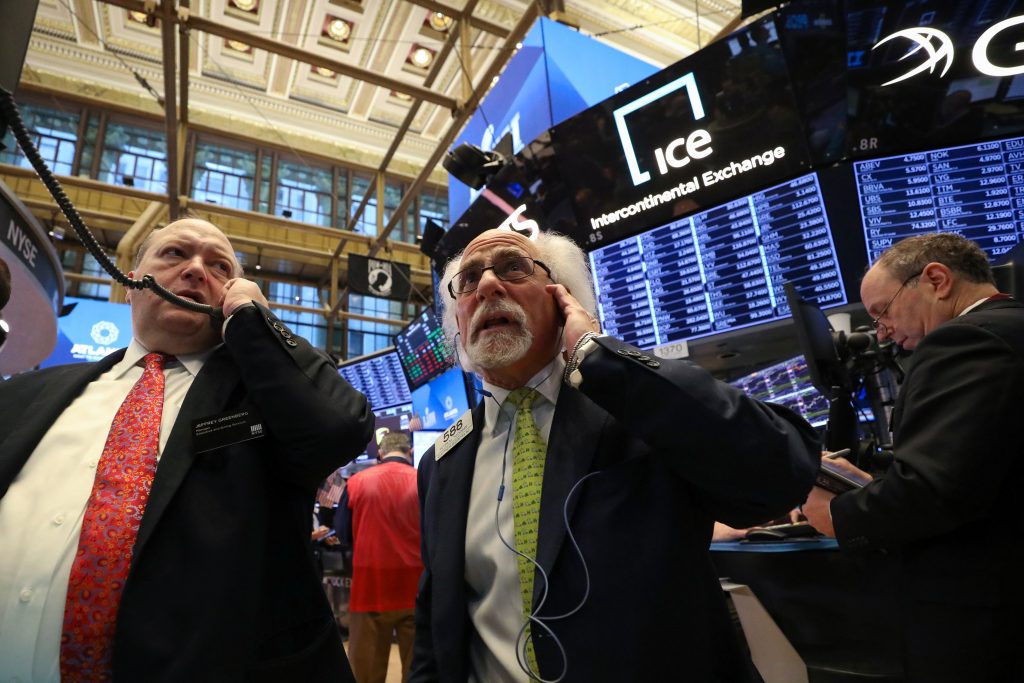 Stocks across the world are down Tuesday following new signs the global economy is weakening. The International Monetary Fund trimmed its economic forecasts for 2019 and 2020 and pointed to risks including trade tensions and rising interest rates. China’s government said its economy grew in 2018 at the slowest pace since 1990.

Technology companies skidded, and so did industrial companies, which were hurt by the slower growth forecast as well as some weak fourth-quarter earnings. Bond prices climbed as investors looked for safer investments, and oil prices fell as traders expected weaker demand.

Stocks in Europe and Asia also fell. Global markets have rallied over the last month as investors began to feel that a slowdown in the world economy might not be as painful as they feared. Even with the decline Tuesday, the S&P 500 is up 5.1 percent in 2019 and has jumped more than 12 percent since hitting its recent low on Dec. 24.

Earlier in the day, China reported its economy expanded by 6.6 percent in 2018. This was the slowest pace of growth since 1990 and it fueled fears a trade dispute with Washington is putting a drag on the world’s second largest economy.

ANALYSIS: “The IMF’s prognosis is fairly dire, and the prescription is a sensible approach of preventive management; to avoid escalating trade disputes, lower tariffs and build fiscal or financial buffers,” wrote Vishnu Varathan of Mizuho Bank in a note to clients.

METAL MELTDOWN: Aluminum products maker Arconic slumped 16.2 percent to $17.04 after it said it is no longer considering a sale. Formerly a part of aluminum giant Alcoa, Arconic said it didn’t receive any offers it thought were in its best interests. The stock has gyrated over the last few months following reports the company was considering a sale.

Power tools maker Stanley Black and Decker sank 14.5 percent to $117.1 after its forecast for 2019 fell short of Wall Street estimates.

BUY IT NOW?: eBay jumped 6 percent to $32.86 after activist investment firm Elliott Management disclosed a 4 percent stake in the online marketplace and pushed it to make changes. It said eBay’s classifieds and StubHub ticket resale division are both struggling, and eBay should consider separating them from its marketplace business.

CONVENIENCE, IN CARS, GETTING COFFEE: Starbucks is expanding delivery to some stores in New York, Boston, Washington, Chicago and Los Angeles in the next few weeks. The company said it intends to offer delivery from almost one-fourth of its U.S. company-operated shops through a partnership with Uber Eats. There will be a $2.49 booking fee.

HOUSE OF HORRORS: Homebuilders sank after U.S. home sales cratered in December and price growth declined to the lowest level in more than six years. The National Association of Realtors said Tuesday that sales of already-built homes plunged 6.4 percent. Years of rising prices and the more recent increase in mortgage rates have both affected sales, as has the limited number of homes available for sale.

BREXIT PLAN: British Prime Minister Theresa May presented her Plan B for Britain’s exit from the European Union on Monday, but it looks a lot like the original and it’s not clear if she can win approval in Parliament, which gave her previous plan a resounding “no” last week. The European Union has said it won’t renegotiate the deal that Parliament already rejected.

Britain is scheduled to leave the European Union in a little more than two months, and if Britain departs without a trade deal it could cause major hardships for numerous companies, especially banks.