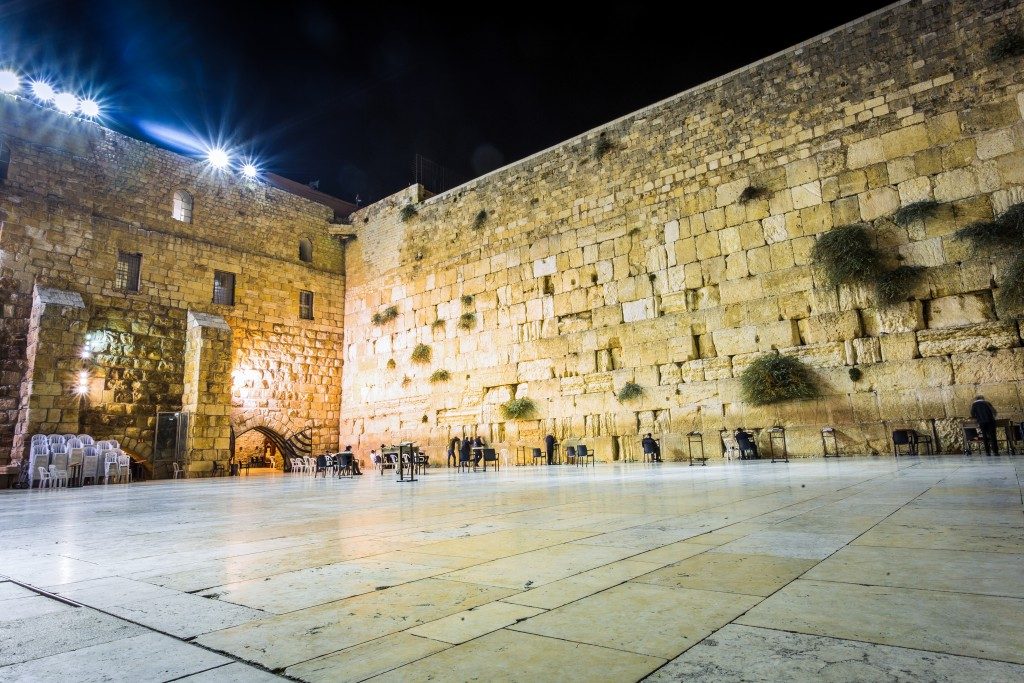 The question is an obvious one: Why should the nations of the world praise Hashem for the kindness Hashem showed to the Yidden?

One oft-quoted explanation is that only individuals within the other nations of the world know of the countless times throughout the generations when they plotted to harm the Jews, and the Ribbono shel Olam, in His infinite mercy, thwarted their plans before they could come to fruition.

This poignant teaching is as applicable in our times as it has been throughout our history. On a constant basis, Arab terrorists and other fiends incite hatred and conspire to attack innocent Jews. On the surface, there may be a wide variety of reasons why they are prevented from doing so, but behind all these explanations is a single cause — the Shomer Yisrael who guards the remnants of His beloved people.

While they, too, are unaware of many unsuccessful attempts by our enemies, the upper echelons of the IDF and the Israeli intelligence community are in a unique position to recognize this reality. For one thing, this is what they focus on, day in and day out. Furthermore, while in some instances they eventually do “release for publication” details of failed terrorists attacks, in other situations — to protect their sources or for similar reasons — they refrain from divulging them.

Were the leadership of the IDF and the Shin Bet only willing to open their eyes and contemplate the reality from an unbiased perspective, they would have to acknowledge the kindness of Hashem that is so overwhelming.

Gratitude is a most fundamental attribute of Torah life. It is certainly proper and obligatory to express gratitude to those who risk their lives as part of a requisite hishtadlus to save the lives of others. At the same time, failing to acknowledge the Yad Hashem in our lives is the epitome of ingratitude.

Last week, in a gala ceremony, Lt. General Aviv Kochavi was installed as the 22nd commander of the Israel Defense Forces. For Kochavi, who grew up in Kiryat Bialik, a city near Haifa, this is the highlight of a long, prestigious military career.

During the past two years, he has served as deputy chief of staff, and before that, his job titles included that of commander of the Gaza Division, head of Military Intelligence, and head of the Northern Command.

As has unfortunately too often been the case with high-ranking public officials, his speech reeked of kochi v’otzem yadi. This time however, for Kochavi, the usual grandiose statements of the invincibility of the armed forces did not suffice.

At the very beginning of his address came a horrendous mangling of any sense of truth and reality.

He described the oath he took when joining the IDF, which took place in front of the Kosel, which Kochavi described as “the cradle of the culture of the Jewish People, our wall of support and protection.”

He then went on to declare that “It has been 2,000 years, and this wall of protection has expanded and become the Israel Defense Force.”

The fact that he later went to the Kosel, accompanied by the Chief Rabbis of the Kosel and the IDF, did nothing to repair the damage caused by his indefensible choice of words. For even the most diehard supporter of the Israeli army would have to admit that no army made up of mortals should ever be conflated with the holiest place on earth, from where the Shechinah never left.

No matter how much gratitude one may feel toward the soldiers of the IDF, such language is not merely repugnant, it is also extremely dangerous.

Perhaps it is unrealistic to expect something better from Kochavi, who presumably never was exposed to a Torah education and never used his considerable analytical abilities to contemplate the miracles of the Creator. However, those of us who do have the merit to recognize the eternal truth must be on guard not to be influenced by the frequent expressions of kochi v’otzem yadi emanating from public officials and others.

At all times we must reiterate the reality of “Im Hashem lo yishmor ir, shav shakad shomer — If Hashem does not guard the city, the watchman is vigilant in vain.” Only the Al-mighty can offer us true protection from all types of dangers, and He alone can protect us, and may we merit that He continue to do so.