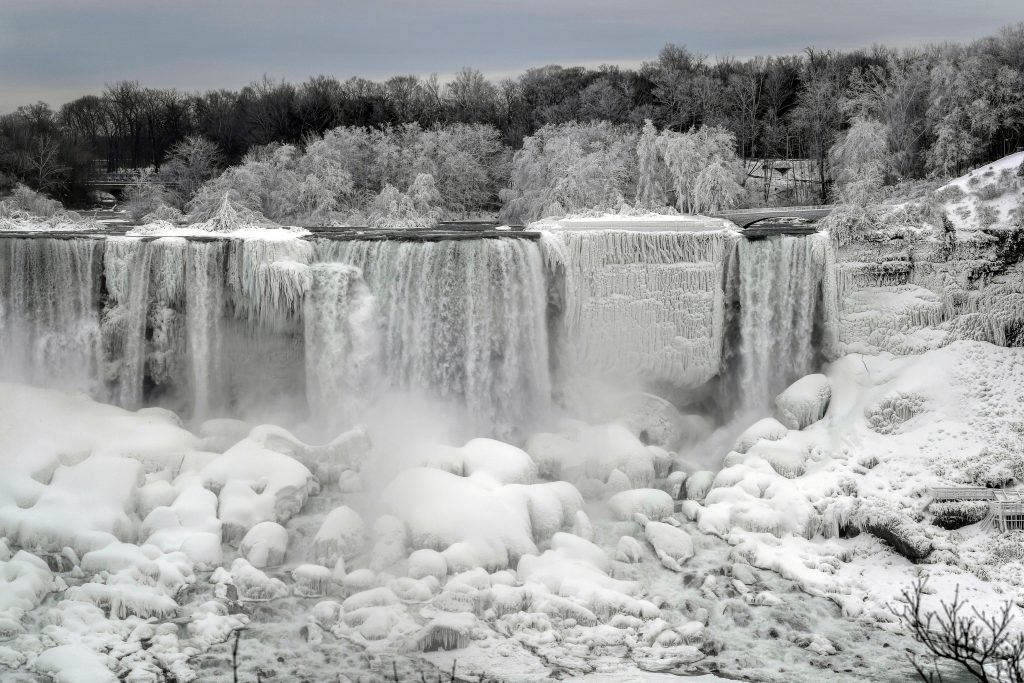 As a major winter storm blanketed parts of the U.S. and Canada in snow over the weekend, visitors to Niagara Falls, one of North America’s top tourist draws, report that parts of the falls have iced up, bringing the rushing waters to a halt in some areas. The sun only appeared for fifteen minutes, and temperatures plummeted to -13° Fahrenheit.

The falls didn’t freeze in its entirety, but people visiting the spot snapped pictures of the majestic sights and still waters, and shared pictures of sheets of ice and frozen guardrails alongside the rushing water.

“Niagara Falls is epic to see at any time of year but can be quite unique in the winter if you visit and there’s snow,” one visitor said.

It’s not the first time Niagara Falls has turned to ice in winter. The falls commonly ice up most winters, but the river and the falls do not freeze completely. On March 29, 1848 the river and the falls completely froze over due to an ice jam, which is the only recorded freeze-up. In 1912, much of the water coming over the American Falls froze, though a trickle still ran at several sites. In several other years, including 2014 and 2017, there was significant icing.

The latest freeze may not completely thaw anytime soon. “Even the areas that escape snow or ice this weekend will be shivering in the Midwest and Northeast,” in the early week, according to Monday’s forecasts from AccuWeather meteorologists.