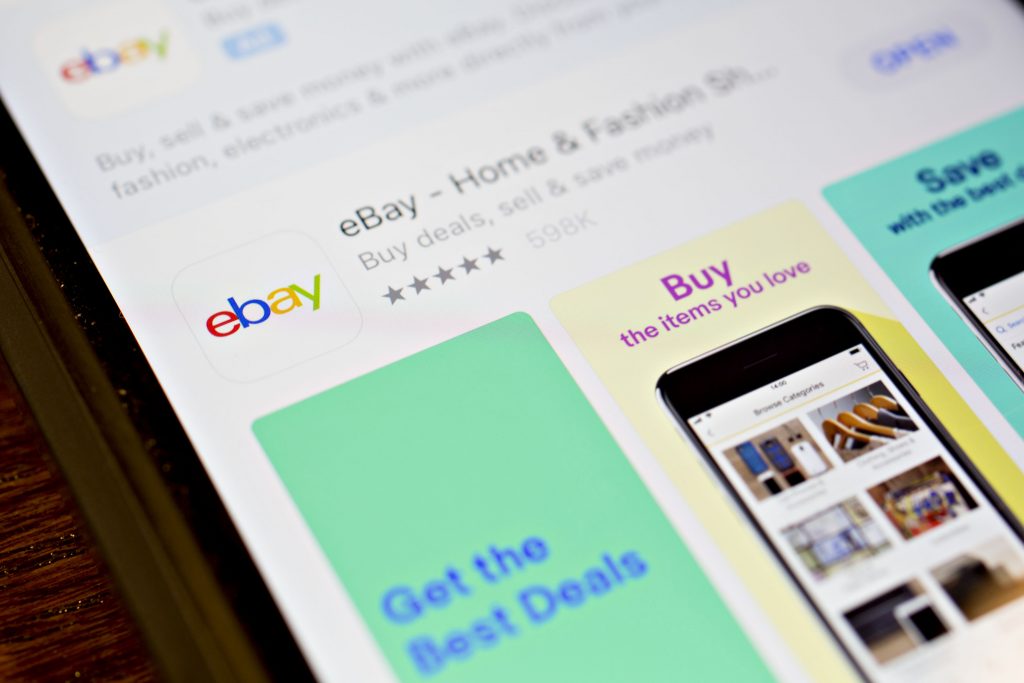 Less than four years after eBay split from PayPal with a promise of reinventing itself to compete in the age of Amazon, investors are circling the online marketplace and pushing for it to break apart further and sell the pieces.

Billionaire Paul Singer’s Elliott Management Corp. sent a letter Tuesday to the board of eBay outlining steps it says are “urgently needed.” Elliott, which owns more than 4 percent of eBay, proposed a five-step plan that involves reviewing eBay’s portfolio of companies, including StubHub, revitalizing the company’s marketplace and buying back shares.

Meanwhile, The Wall Street Journal reported that another activist investor, Starboard Value, has built a position of less than 4 percent in eBay and has been talking with the company for months, urging it to consider separating some businesses, including Classifieds.

Ebay shares rose 5.8 percent to $32.79 Tuesday afternoon. Earlier, the shares were up as much as 12 percent earlier.

The letters are the latest sign of pressure on chief executive officer Devin Wenig, who took over the company following its split with PayPal in 2015 and made bold promises of returning the marketplace to prominence. But the results have been slow going and eBay continues to watch Amazon.com grow at a much faster pace and gobble up more marketshare and customers. EBay has launched marketing campaigns to expand beyond its base of mostly 50-plus-year-old men, but investors want more.

“Despite its remarkable history as one of the world’s largest e-commerce platforms, eBay as a public-company investment has underperformed both its peers and the market for a prolonged period of time,” Elliott wrote in the letter.

Elliott sees eBay’s shares valued at $55 to $63 a share, potentially doubling their value from Friday’s close, if the company follows its recommendations.

In a response, eBay said it would “carefully review and evaluate Elliott’s proposals.”

Wenig has been trying to differentiate the online marketplace, which doesn’t charge membership fees, as a destination where shoppers can find deals and discover new products.

EBay and Amazon are fierce competitors that rely on independent merchants who sell on their sites. Amazon has more customers, sales and faster growth than eBay, but some sellers prefer the eBay platform since it’s a pure marketplace, meaning eBay doesn’t compete with its own merchants for sales like Seattle-based Amazon.

In the letter, Elliott says eBay management should focus on “growing and strengthening Marketplace,” which Elliott says has weathered “prolonged, self-inflicted misexecution.”

Tuesday’s letter is the latest move in what has been a very active past few months for Elliott. It made a proposal to buy oil explorer QEP Resources Inc. for about $2 billion earlier in January and unveiled a stake in December in Pernod Ricard, seeking a potential sale of the world’s second-largest distiller.

In November, Elliott partnered with Veritas Capital on a $5.7 billion deal for Athenahealth and also called on Hyundai Motor Group to consider selling assets and return cash to investors.

Investor pressure forced eBay to split from faster growing PayPal when the company was run by CEO John Donahoe. The concerns today are much the same: eBay is losing its relevance.

EBay has boosted advertising and changed the marketplace-shopping experience in an effort to lure new customers to the site. It tries to differentiate itself from Amazon, which charges yearly or monthly dues for shipping discounts, by emphasizing that eBay has no membership fees to access deals that often include free shipping.

Last June, eBay announced a reorganization that resulted in staff cuts of almost 300 employees. Software engineers and research scientists were among those let go in California. The company had 14,100 employees globally at the end of 2017.