Politics Despite Pelosi Request to Delay, Trump Moves Ahead With SOTU
Politics 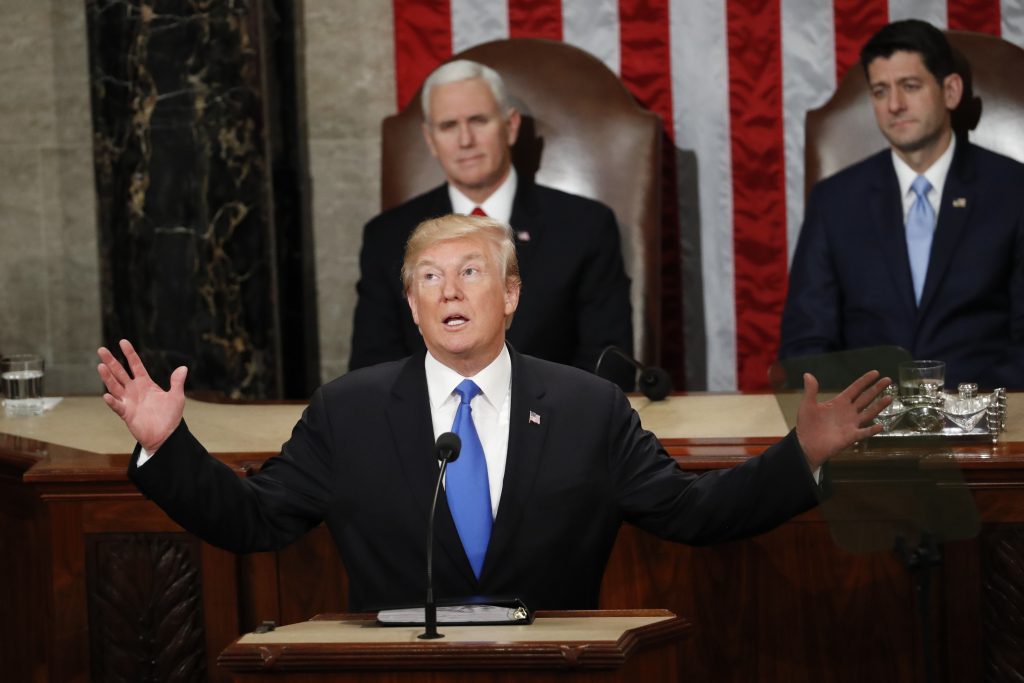 The White House is moving forward with plans for President Donald Trump to deliver his State of the Union speech next week in front of a joint session of Congress — despite a letter from House Speaker Nancy Pelosi requesting he delay it.

The White House sent an email to the House Sergeant-at-Arms asking to schedule a walk-through in anticipation of a Jan. 29 address, according to a White House official who, like others, spoke on condition of anonymity because they were not authorized to discuss the planning by name.

It’s the latest move in a game of political brinksmanship between President Trump and the House Speaker as they remain locked in an increasingly personal standoff over Trump’s demand for border wall funding that has forced a partial government shutdown that is now in its second month.

The gamesmanship began last week when Pelosi sent a letter to Trump suggesting that he either deliver the speech in writing or postpone it until after the partial government shutdown is resolved, citing security concerns. But the White House maintains Pelosi never formally rescinded her invitation, and is, in essence, calling her bluff.

At the same time, the White House is continuing to work on contingency plans to give Trump a back-up in case the joint-session plans fall through. Officials have been considering a list of potential alternative venues, including a rally-style event, an Oval office address or a speech before the Senate Chamber, according to two others familiar with the planning.

Multiple versions are also being drafted to suit the final venue.

The Constitution states only that the president “shall from time to time give to the Congress Information of the State of the Union,” meaning the president can speak anywhere he chooses or give his update in writing. But a joint address in the House Chamber, in front of lawmakers from both chambers and invited guests, provides the kind of grand backdrop that is hard to mimic.

Trump called Moore Monday evening, according to his office, and spoke by phone with Chatfield Tuesday morning, Chatfield tweeted.

“I understand you have other plans for #SOTU, but as we discussed, I look forward to hosting you in Michigan again soon,” Chatfield wrote.

Pelosi in her letter had cited the impacts of the ongoing shutdown on the Department of Homeland Security and the U.S. Secret Service, questioning whether they could secure the speech given that they have been operating without funding.

But Homeland Security Secretary Kirstjen Nielsen responded by assuring that the DHS and the Secret Service were “fully prepared to support and secure the State of the Union.”

Asked about the letter by reporters Tuesday, Pelosi did not address the White House’s decision, saying only: “We just want people to get paid for their work.”

In the standoff between the two, Trump has accused Pelosi of behaving “irrationally” and Pelosi has refused to negotiate with Trump on border funding until he agrees to re-open the government.

In a tweet Sunday, President Trump wrote that he was “still thinking about the State of the Union speech,” and that there were “so many options – including doing it as per your written offer (made during the Shutdown, security is no problem), and my written acceptance.”

“While a contract is a contract,” he wrote, “I’ll get back to you soon!”