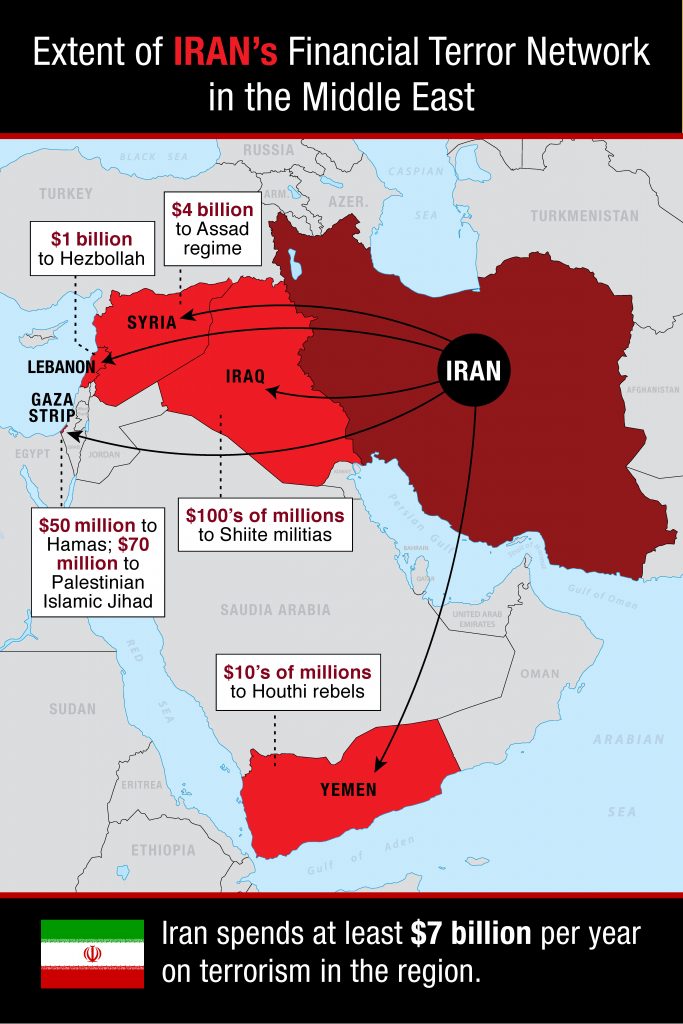 Iran is trying to act against Israel from within Yehudah and Shomron, using funds in its annual budget that are dedicated to operating a terrorist network throughout the Middle East, Israel’s ambassador to the U.N., Danny Danon, revealed Tuesday to a special session of the Security Council on the Mideast situation.

“The Iranian regime’s obsession with Israel is not just well known. It is expensive. Seven billion dollars annually are directed toward the never-ending attempts to destroy Israel. Follow the bloody trail of money starting in Tehran and you will arrive at the terror tunnels in Lebanon and Gaza and the weapons warehouses in Syria. It is now trying to infiltrate Judea and Samaria,” the ambassador told the Council members as he displayed a map showing the extent of Iran’s financial terror network in the Middle East

Danon revealed Iran’s plan in Yehudah and Shomron, stating: “With the help of Saleh Al-Arouri, Hamas’ deputy political chief, and Saeed Izadi, the head of the Palestinian branch of the Iranian Quds Force, Iran is trying to turn Judea and Samaria into a fourth military front against Israel. The world’s silence allows Iran to continue with its operations and aggression to undermine stability in the Middle East.”

Details of Iran’s annual budget for terrorism in the Middle East as presented to the Security Council members: