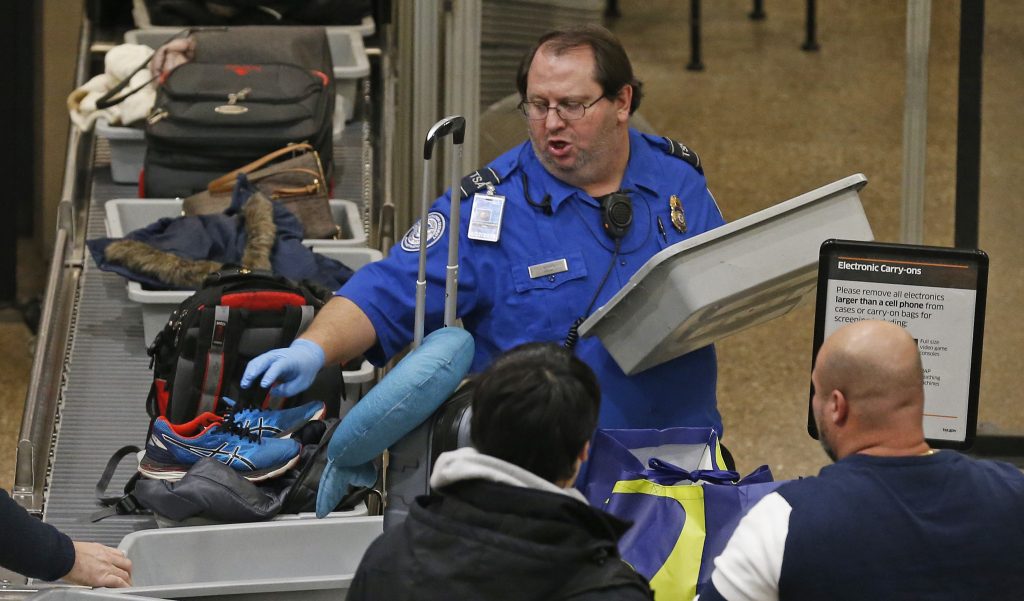 The share of TSA airport screeners missing work has hit 10 percent as the partial government shutdown stretches into its fifth week.

The Transportation Security Administration said Monday that Sunday’s absence rate compared to 3.1 percent on the comparable Sunday a year ago.

The workers who screen passengers and their bags face missing another paycheck if the shutdown doesn’t end early this week. According to TSA, many of them say the financial hardship is preventing them from reporting to work.

TSA says the national average waiting time in airport checkpoint lines is within the normal limit of 30 minutes, but there are longer lines at some airports.

The agency has dispatched extra screeners to airports in Atlanta, LaGuardia Airport in New York, and Newark, New Jersey. A TSA spokesman said other airports might also be getting additional help.

Sunday’s 10 percent absence rate indicates that more than 3,000 airport screeners missed work. TSA has 51,000 screeners, and a spokesman said that about 33,000 work on any given day.

With fewer screeners, TSA closed one of its security checkpoints at Baltimore/Washington airport on Sunday, but TSA said it was open again on Monday.

A checkpoint at Houston’s Bush Intercontinental Airport remained closed. An airport spokesman said lines were relatively short at the other six checkpoints.