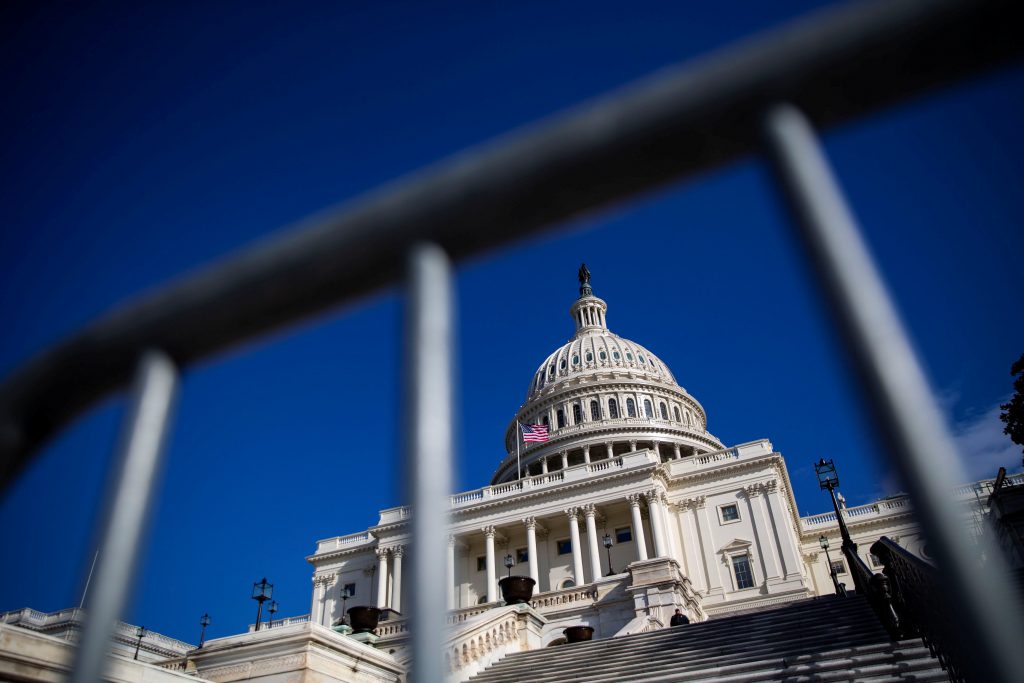 Thirty-one days into the partial government shutdown, Democrats and Republicans appeared no closer to ending the impasse than when it began, with President Donald Trump lashing out at his opponents after they dismissed a plan he’d billed as a compromise.

Trump on Sunday branded House Speaker Nancy Pelosi a “radical” and said she was acting “irrationally.” The president also tried to fend off criticism from the right, as conservatives accused him of embracing “amnesty” for immigrants in the country illegally.

Trump offered on Saturday to temporarily extend protections for young immigrants brought to the country illegally as children and those fleeing disaster zones in exchange for $5.7 billion for his border wall. But Democrats said the three-year proposal didn’t go nearly far enough.

“No, Amnesty is not a part of my offer,” Trump tweeted Sunday, noting that he’d offered temporary, three-year extensions — not permanent relief. But he added: “Amnesty will be used only on a much bigger deal, whether on immigration or something else.”

The criticism from both sides underscored Trump’s boxed in-position as he tries to win at least some Democratic buy-in without alienating his base.

With hundreds of thousands of federal workers set to face another federal pay period without paychecks, the issue passed to the Senate, where Majority Leader Mitch McConnell has agreed to bring Trump’s proposal to the floor this week.

Democrats say there’s little chance the measure will reach the 60-vote threshold usually required to advance legislation in the Senate. Republicans have a 53-47 majority, which means they need at least some Democrats to vote in favor.

McConnell has long tried to avoid votes on legislation that is unlikely to become law. And the Kentucky Republican has said for weeks that he has no interest in “show votes” aimed only at forcing members to take sides after Trump rejected the Senate’s earlier bipartisan bill to avert the shutdown.

What’s unclear is how McConnell will bring Trump’s plan forward — or when voting will begin. The Republican leader is a well-known architect of complicated legislative maneuvers. One question is whether he would allow a broader immigration debate with amendments to Trump’s plan on the Senate floor.

McConnell spokesman David Popp said Sunday, “When we have [a plan] we will be sure to let everyone know.”

Vice President Mike Pence said to Fox News that Trump had “set the table for a deal that will address the crisis on our border, secure our border and give us a pathway” to reopen the government.

Democrats, however, continue to say that they will not negotiate with Trump until he ends the shutdown, the longest in American history.

“The starting point of this negotiation ought to be reopening the government,” Sen. Mark Warner, D-Va., told NBC. “We cannot reward the kind of behavior of hostage-taking. Because if the president can arbitrarily shut down the government now, he will do it time and again.”

As news media reported the outline of Trump’s proposal ahead of his Saturday speech, Pelosi and other Democrats made clear the president’s plan was a non-starter — a quick reaction Trump took issue with Sunday.

“Nancy Pelosi and some of the Democrats turned down my offer yesterday before I even got up to speak. They don’t see crime & drugs, they only see 2020,” he wrote.

Trump also appeared to threaten to target millions of people living in the country illegally if he doesn’t eventually get his way, writing that “there will be no big push to remove the 11,000,000-plus people who are here illegally-but be careful Nancy!”

Pelosi responded with a tweet of her own, urging Trump to “Reopen the government, let workers get their paychecks and then we can discuss how we can come together to protect the border.”

Senate Democratic leader Chuck Schumer also dug in during an appearance in New York, where he predicted Democrats would block the president’s proposal from passing the Senate.

“If he opens the government, we’ll discuss whatever he offers, but hostage-taking should not work,” Schumer said as he pushed legislation that would protect government workers who can’t pay their bills because of the government shutdown. “It’s very hard to negotiate when a gun is held to your head.”