Business The Next Possible Victims of the Shutdown: Your Food, Flowers and Toys
Business 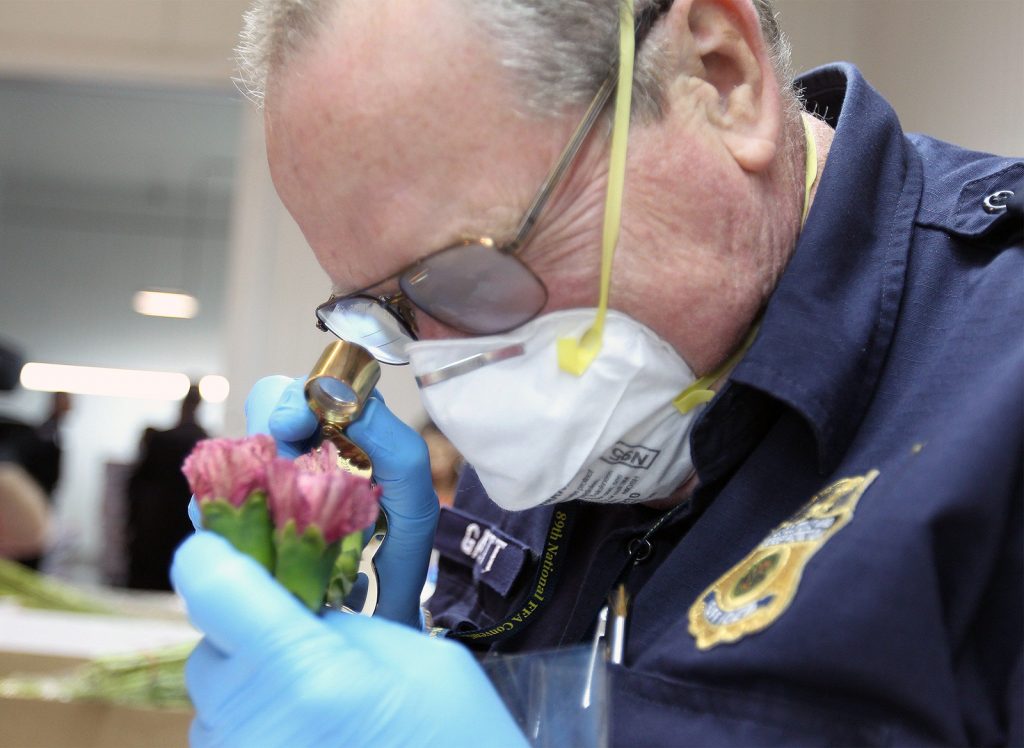 Miami International Airport is best known as the Magic City’s gateway for tourists. But behind the scenes, an army of federal inspectors is usually working to clear imports and exports bound for the U.S. and around the world.

These are not usual times.

As a result of the government shutdown, non-essential employees at agencies including the U.S. Department of Agriculture and the Consumer Product Safety Commission have been furloughed.

Despite some inflammatory allegations on social media, food and other items are still being inspected for contaminants.

But inspections at major ports of entry like Miami International are taking longer than usual. The inspectors who are working are doing so without paychecks — and don’t know when their next one will come.

That means the shelf-life of fresh products coming in from overseas — onions, avocados, bell peppers, flowers — may be at risk, according to Milay Rodriguez, traffic and import supervisor at Customized Brokers, a logistics company near Medley. Sixty-three percent of perishables and 89 percent of all flowers entering the U.S. pass through Miami International.

“They’re working, but they have a minimal number of inspectors,” Rodriguez said. “We’re seeing quite a bit of delays.”

In one extreme case, she said, a shipment of bell peppers tracked by her company sat for two weeks waiting to be inspected; usually the process takes no more than 48 hours. As a result, the shipment had to be entirely discarded.

When importers lose shipments to spoilage, they raise prices to cover the cost, she said — meaning the consumer purchasing the goods in the grocery will end up paying more.

So far, grocers said, they are seeing little if any impact in their produce aisles.

“As of now we have no concerns,” said Joe Caldwell, a spokesperson for Southeastern Grocers, parent company of Winn-Dixie and Fresco y Mas. “When we look at our fresh side, we have no interruptions as far as shipments are concerned.”

But if the shutdown drags on, the situation could change, he cautioned.

Inspection delays are also being felt by shippers of industrial goods, toys and other non-perishables. Those goods must be inspected on entry by the Consumer Product Safety Commission (CPSC), which is also experiencing disruptions. Carlos Valdes, executive vice president at C-Air, a customs house broker based in Hialeah, said a Caterpillar generator built in China and bound for a South American client has been sitting in his warehouse for more than two weeks awaiting inspection.

“I can’t let it go until it gets checked off,” he said.

While the economic impact of the shutdown is still unknown, the last lengthy shutdown, in 2013, cost the U.S. economy 120,000 private-sector jobs and knocked 0.6 percent off of U.S. GDP, or approximately $24 billion. On Tuesday, the White House forecast a similar impact should the shutdown last through January.