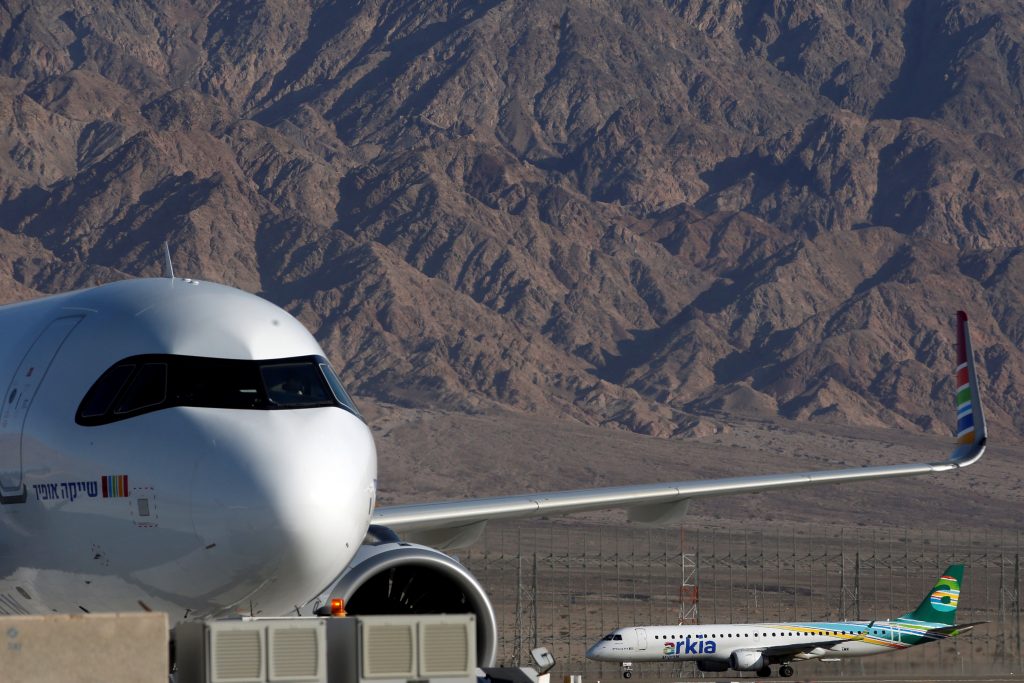 Jordan has protested the opening of the Ilan and and Assaf Ramon International Airport on Monday, claiming that it was a violation of the country’s sovereignty, The Times of Israel reported.

Jordan on Monday hit out at Israel’s move to open a new international airport along the two countries’ shared border close to the Red Sea, saying it would threaten the kingdom’s airspace.

“Jordan rejects the establishment of the Israeli airport in its current location,” head of Jordan’s Civil Aviation Regulatory Commission Haitham Misto said, according to state media.

Misto said the airport violated “international standards regarding respect for the sovereignty of airspace and territory of other countries.” The new airport is situated along the two countries’ shared border close to the Red Sea.

Israeli transportation officials dismissed the objection, saying that it was unlikely that planes headed for Ramon Airport would fly over the border into Jordan.

Nevertheless, Misto said Jordan had notified the International Civil Aviation Organization of “the kingdom’s strong objection,” demanding that it “take all necessary measures to ensure that Israel complies with international standards.”

Misto said the committee had been in touch with the Israel Airports Authority and “informed them that the decision to operate the airport should not be taken unilaterally until all outstanding matters are resolved.”

Jordan “reserves all options to ensure the defense of the kingdom’s interests and protection,” he added.

According to Israeli media reports, the airport will be protected by an 85-foot high, 2.8 mile, “smart” fence, in the event of any hostilities.

This was not the first time Jordan objected to the project. In 2013, the kingdom registered a complaint that aircraft landing at Ramon could invade its airspace.