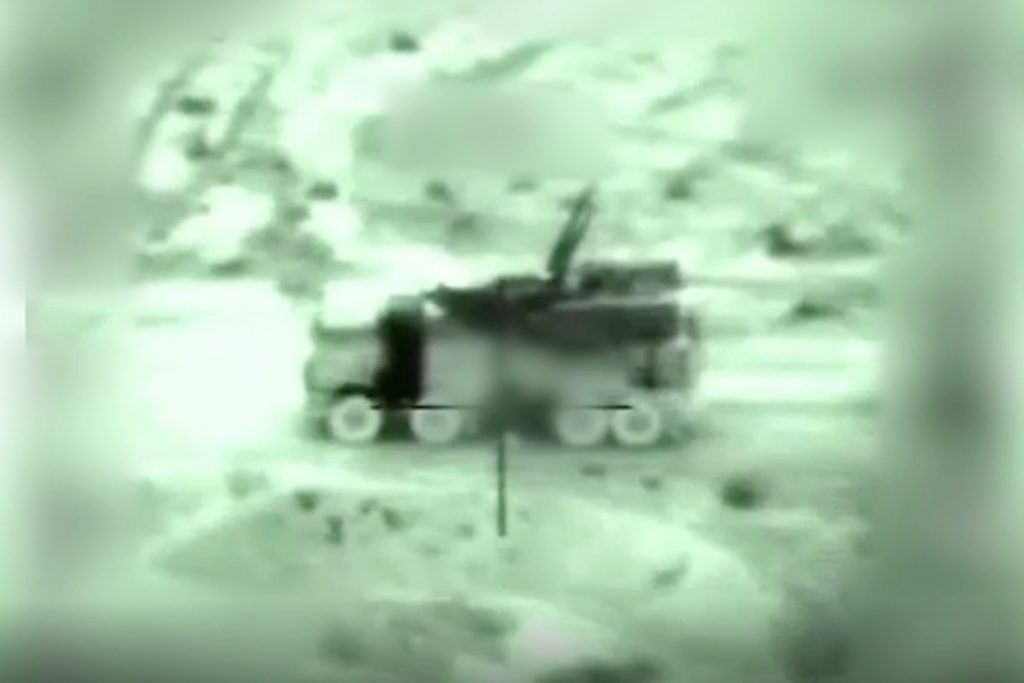 At a press conference Monday, IDF spokesperson Ronen Manelis said that Israel’s extensive raid in Syria overnight Sunday was in response to the missile fired earlier Sunday at the Golan Heights – where thousands of people were enjoying a snow-clad Mount Hermon. “The missile fired Sunday afternoon could have harmed civilians,” Manelis said. “The missile was fired from the Damascus area, and it was an Iranian missile fired by Iranian personnel from an area that Israel was promised Iran would not operate it,” he said, referring to discussions Prime Minister Binyamin Netanyahu had with international leaders in recent months, including Russian President Vladimir Putin.

The attack was not the spontaneous decision of a Syrian commander in the field, Manelis said. “The missile fired at us was a medium-range missile that was not manufactured in Syria. Setting up this attack took some time. Bottom line, this missile was fired by Iranians in an area where Iranians are not supposed to be present.”

The target of the IDF bombers that operated in Syria overnight, he said, was “a very significant weapons warehouse in Damascus Airport. The fact that it was a weapons warehouse is the reason there were so many explosions. Before we attacked, and during the attack, we warned Syria against firing such missiles. They fired dozens of rockets at our soldiers, and as a result we ordered the destruction of a Syrian defense system.”