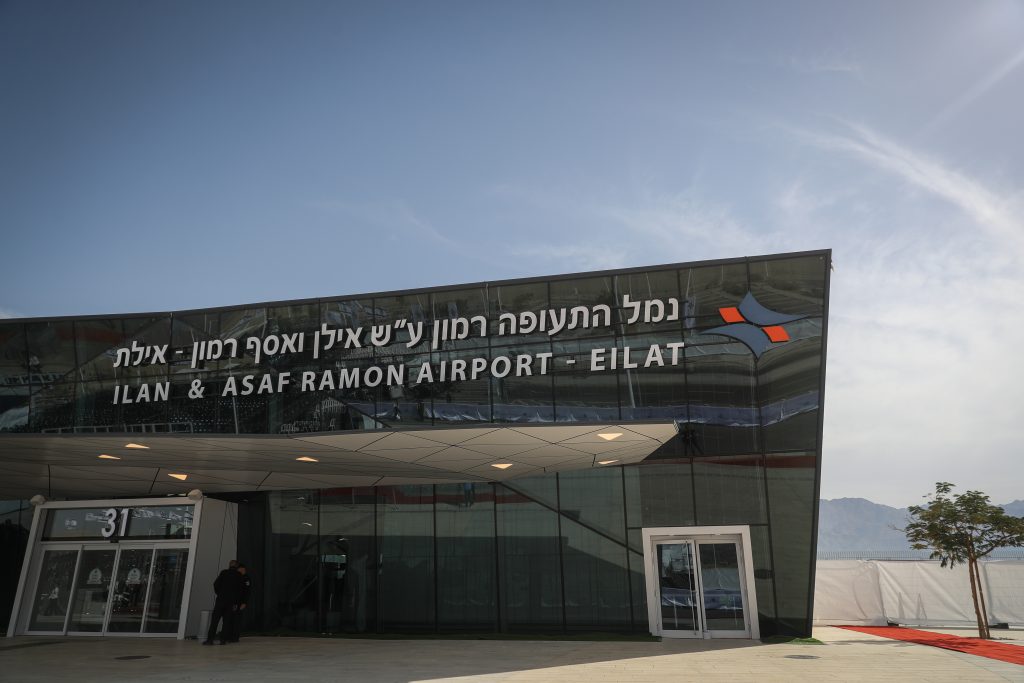 With Prime Minister Binyamin Netanyahu and Transportation Minister Yaakov Katz looking on, the new Ilan and and Assaf Ramon International Airport is set to officially open on Monday. The first domestic flights will arrive and take off on Monday – with international service set to begin in about a month.

The new airport, located about 18 kilometers north of Eilat, will serve Eilat and southern Israel, replacing Eilat and Ovda Airports, which had been used until now for civilian flights. The last flights there are expected to land in April or May, after which all civil aviation activities in the Eilat area will take place at Ramon Airport.

The airport, built at a cost of NIS 1.7 billion, will provide 600 jobs for residents of the area. Transportation officials expect 1.5 million people to pass through the airport in the coming year.

The airport includes a 3,600-meter (11,800-ft) runway, which will allow large modern aircraft to land and take off, unlike the Eilat Airport, which large planes could not use. The airport’s control tower reaches 50 meters high. It has 60 spaces for planes to connect to the terminal.

Israeli officials have expressed enthusiasm for the opening of a new, modern airport, both as a relief for the very busy Ben-Gurion Airport, and competition for flights, with Israelis from the south and even the center of the country expected to take advantage of what are expected to be the cheaper flights from Ramon Airport.

Less enthusiastic is Jordan, which on Sunday said that it opposed the opening of the airport. According to reports in Jordanian media, the kingdom has expressed concern that the airport will “violate the aerial sovereignty of Jordan, and is a violation of international law.” Transportation officials said that it was unlikely that planes headed for Ramon Airport would fly over the border into Jordan, so there was nothing for Amman to worry about.