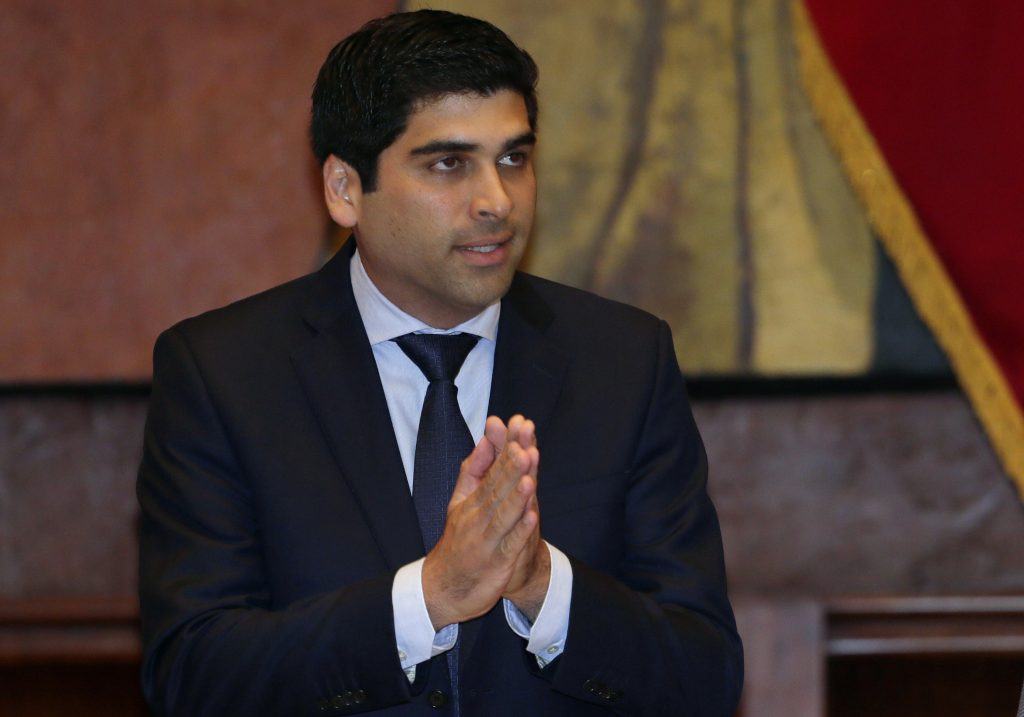 Ecuador will ask Venezuelan migrants to present their criminal records upon entering, the country’s vice president said on Monday, following the murder of a pregnant Ecuadorean woman by a Venezuelan man that triggered protests and acts of violence.

The Saturday killing in the northern city of Ibarra was the first reported murder committed by a Venezuelan immigrant in Ecuador since hundreds of thousands began arriving, fleeing an economic crisis. Ecuador estimates that 1.3 million Venezuelans entered last year, though many continue on to other countries.

“Without generalizing, but with a firm hand, today we must differentiate between Venezuelans who are fleeing Maduro’s government and others who take advantage of the situation to commit crimes,” Vice President Otto Sonnenholzner said, referring to Venezuela’s socialist President Nicolas Maduro.

Sonnenholzner added that Caracas has refused to provide Quito with information on its citizens seeking to enter Ecuador. Last year, Argentina eased entry requirements for Venezuelans given that many struggled to obtain documents, including their criminal background histories, on time.

The announcement comes after Ecuador’s president, Lenin Moreno, over the weekend said he would create “units” to check Venezuelans’ legal status “in the streets, in the workplace and at the border” following the murder.

That drew criticism from Venezuela’s foreign minister, Jorge Arreaza, who accused Ecuador of inciting “a fascist persecution against Venezuelans in Ecuador” and noted that Ecuadoreans living in Venezuela had never been discriminated against.

While Ecuador has called on its citizens to avoid violence against Venezuelans, representatives of Ecuador’s Venezuelan community said migrants had suffered attacks and threats in the wake of the murder and Moreno’s comments.

Some Venezuelan women and children were assaulted in Ibarra’s bus terminal as they waited to flee south to the capital Quito, said Febres Cordero of the Federation of Venezuelans Abroad.

“We are concerned about xenophobic acts that have taken place in various cities across the country,” Cordero said.