Community ‘Yes, I Know Him’: A Hashavas Aveidah Story
Community 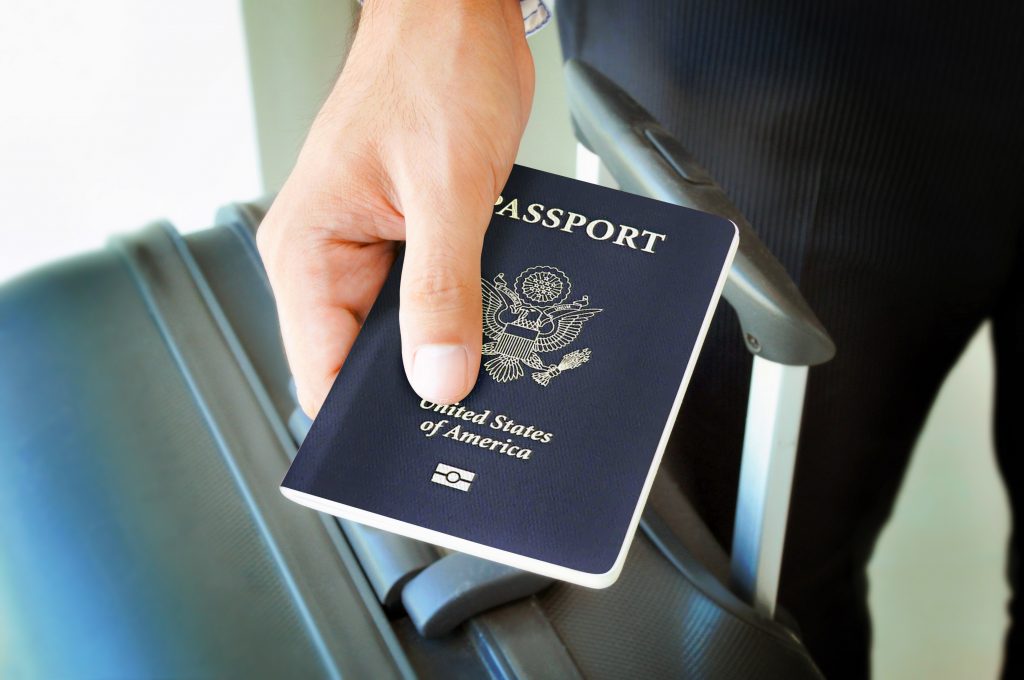 “Do you know this man?” asked the flight attendant.

Mrs. M. Niederman was the last person to leave the United Airlines plane at London’s Heathrow Airport. As she exited the empty aircraft, the attendant showed her a passport she had found on the plane.

Mrs. Niederman looked at the passport. Name: Joseph Grossman. No, she did not actually know Mr. Grossman – but she did recognize him, as he had walked past her on the aisle. Figuring she’d see him at customs, Mrs. Niederman was happy to do hashavas aveidah.

“Yes, I know him; I’ll give it to him,” she said, taking the passport from the flight attendant.

Mrs. Niederman, a Manchester resident, was returning with her family to the United Kingdom, after having married off her son in Monroe, N.Y. They’d taken this flight from Newark Airport to London, arriving last Tuesday, as they had a wedding in London that night.

The Niedermans went through British customs but did not see Mr. Grossman. They went to check out the customs line of non-British citizens but did not see him there, either. Mrs. Niederman briefly considered giving the passport in at the United Airlines desk, but it had quite a long line, and anyway, she figured, Mr. Grossman would never get it back that way.

Just then, her children told her that they saw the man whose passport it was leave the terminal. Mrs. Niederman ran out the door of the terminal, but Mr. Grossman was gone.

“I’ll take it with me to London,” she thought. “I’m sure I’ll somehow find someone who knows him.”

Mr. Joseph Grossman was nearly at the customs desk when he realized that his American passport was missing. A drug-addiction counselor living in Monsey, Mr. Grossman was heading to Israel to visit a client there who was about to celebrate a year of sobriety.

Frantically, Mr. Grossman reached out to the United desk, which in turn called the flight crew, but no one knew anything about a missing passport. He was granted permission to walk back through security and retrace his steps all the way up to the gate, which he did, but without success.

“I usually only bring my American passport with me,” he says, “but baruch Hashem, on this trip I happened to have decided to bring both.”

With only his British passport, Mr. Grossman reluctanty left that terminal, and went to the next one for his connecting flight to Tel Aviv.

At the London wedding Tuesday night — while Mr. Grossman was in Israel with his client — Mrs. Niederman asked everyone she met if they knew of a Joseph Grossman who had just arrived in London and may have lost a passport. No luck. The next morning, she put an ad into several British Jewish newspapers. No luck. Several people did reach out to her saying they knew of a Joseph Grossman — but none turned out to be the “right one.”

By Thursday morning, two of Mr. Grossman’s friends in England had informed him that they’d been hearing of a lost passport that bore his name. He reached out to the phone number he received, but it was the wrong number. Perhaps it was a misprint, or perhaps he had entered it wrong.

He was relieved, at least, to know that his passport was in the hands of a fellow Jew. Now he had to find a way to contact her.

By Thursday morning, Mrs. Niederman decided to reach out to Hamodia. On Hamodia.com, she found an email address for readers to submit news tips, and asked if Hamodia could help find the owner of the passport.

“I asked around in London and advertised it in the daily publications, but no one seems to recognize the name,” Mrs. Niederman wrote, “so I’m thinking he must be a foreigner and only passed through London for a short time. I would love to be able to return it to him before he cancels it and suffers aggravation.”

A Hamodia.com editor first reached out to several members of our newspaper’s London office, but no one knew of this particular Joseph Grossman.

So, on Motzoei Shabbos, the editor decided to cast a wider net.

“Someone contacted Hamodia and said they found a passport on a Newark-to-Heathrow flight earlier this week,” the editor wrote in a message to friends and community activists. “American passport with name Joseph Grossman. If you know Joseph Grossman, please have him email tips@hamodia.com.”

The message was shared across social-media. An editor for Hamodia’s Binah Magazine also posted it on Soferet, a Google Group for frum writers.

It was early Sunday morning in Israel when Joseph Grossman’s phone beeped.

It was a friend in America forwarding the message written by the Hamodia editor, which he had received from a social-media group based in Monroe. Mr. Grossman emailed Hamodia.

Moments later, Mr. Grossman, who is publishing a book on his work in the addiction field, received a forwarded email from his publisher, a member of Soferet.

Is this you? he asked.

The publisher emailed the Binah editor, who gave him her number. Mr. Grossman called the number.

It was 8:15 a.m. Sunday morning in New York when the Binah editor received a phone call.

“I am Joseph Grossman. The passport is mine. Thank you!”

The Binah editor woke the Hamodia.com editor, who forwarded the contact info for Mrs. Niederman. Within minutes, Mrs. Niederman and Mr. Grossman were in touch. Mr. Grossman told her his date of birth, and told Mrs. Niederman where she could find pictures of him online, related to his work in addiction. The identity was confirmed.

“It turns out,” says Mrs. Niederman, “that Mr. Grossman will be at a wedding in London this Wednesday. One of my friends from Manchester will be going to that wedding, and she’ll bring the passport back to Mr. Grossman there.

“So you see,” she says, “when the flight attendant showed me the passport and asked, ‘Do you know him?’ I said yes, because we are all Jews and we all ‘know’ each other. I knew that we would find a way to get it to him.”