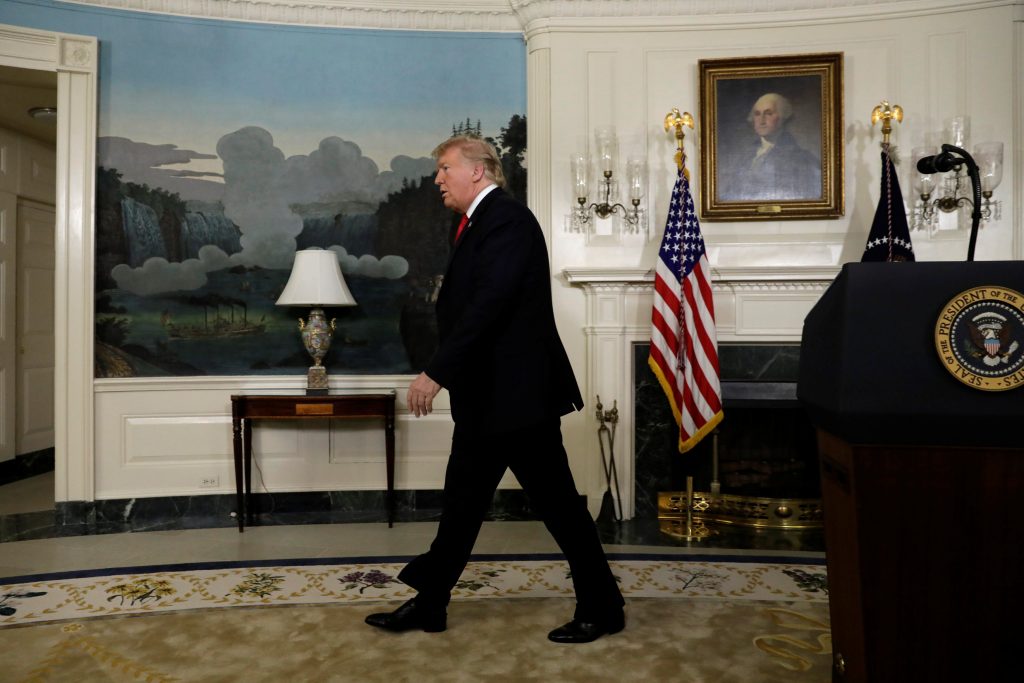 President Donald Trump said on Sunday his proposed immigration deal to end a 30-day partial government shutdown would not lead to amnesty for “Dreamers,” but appeared to signal support for amnesty as part of a broader immigration agreement.

On Sunday morning, Trump took to Twitter posting that he would not seek the removal of millions of illegal aliens living in the United States, while bashing House of Representatives Speaker Nancy Pelosi and her fellow Democrats for turning down his offer on Saturday.

“No, Amnesty is not a part of my offer. It is a 3-year extension of DACA. Amnesty will be used only on a much bigger deal, whether on immigration or something else,” Trump said on Twitter.

“Likewise there will be no big push to remove the 11,000,000 plus people who are here illegally-but be careful Nancy!”

The Dreamers, which refers to undocumented immigrants brought to the United States as children, are protected from deportation under the Deferred Action for Childhood Arrivals (DACA) program.

DACA was put in place under former President Barack Obama. The Trump administration said in September 2017 it would rescind DACA but it remains in effect under court order.

About 12 million people are living in the United States illegally, according to Department of Homeland Security estimates.

About one-quarter of the U.S. government shut down on Dec. 22 over Trump’s demand for $5.7 billion to fund a wall along the border with Mexico, which Democrats have refused to consider. Some 800,000 federal workers have been ordered to stay home or work without pay during the shutdown.

On Sunday, a day after Trump’s DACA proposal, there appeared to be signs of movement, even as Democrats insisted the government should reopen before proceeding with talks over border security.

“What the president proposed yesterday – increasing border security, looking at TPS, looking at the Dreamers – I’ll use that as a starting point. But you’ve got to start by reopening the government,” Senator Mark Warner said to NBC.

Temporary Protected Status (TPS) refers to another class of immigrants – nationals from designated countries affected by armed conflict, natural disaster, or other strife.

Warner, a Virginia Democrat, said reopening the government ahead of border security negotiations was important for preventing future shutdowns.

“If the president can arbitrarily shut down the government now, he will do it time and again,” Warner said.

Warner also said Congress should approve pay for federal workers affected by the shutdown before they miss another paycheck this week.

“Let’s at least pay them on Thursday, so they don’t have to go through more angst,” Warner said.