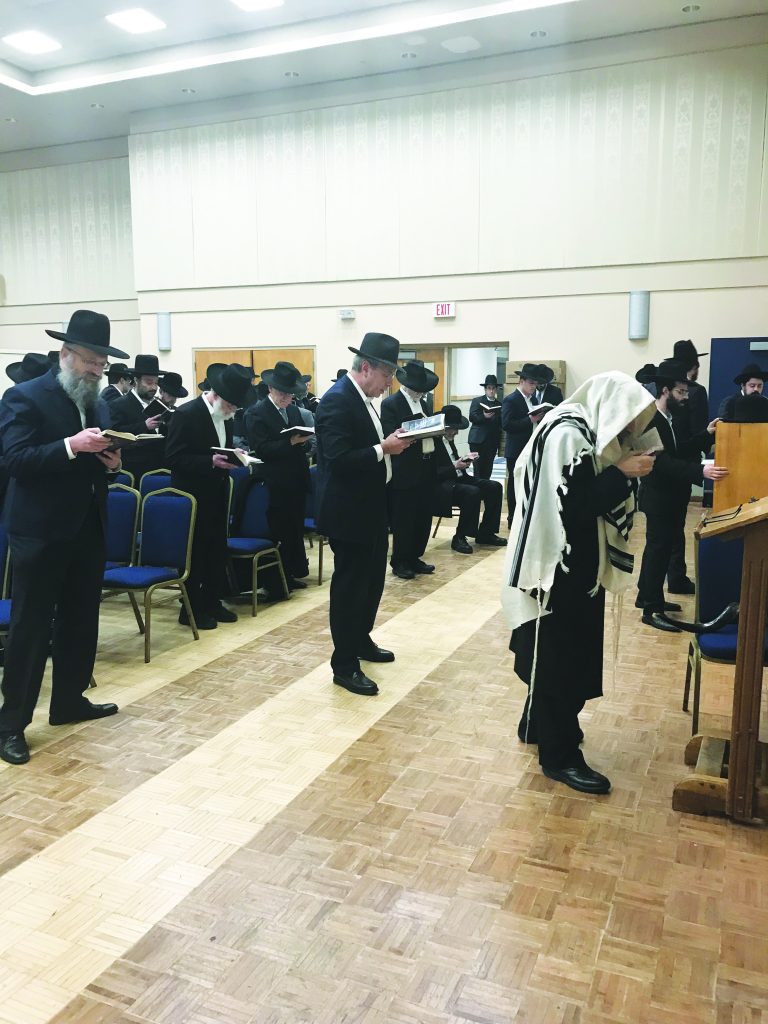 Established less than one year ago, TSI has seen unprecedented success in helping Toronto girls find their zivugim. In only 10 months, there have been 17 engagements, and over 200 dates, due to the direct efforts of TSI.

In addition, many others have become engaged since the organization was launched and organized a Kinus tefillah with Rav Kolodetsky last year. For example, one man related that he had three daughters “in shidduchim,” who all became engaged within the past 10 months, which he attributes to the tefillos of the community and Rav Kolodetsky.

The Kinus tefillah was held on Erev Rosh Chodesh Shevat and began with Selichos for Yom Kippur Kattan and Minchah.

Mr. Moshe Sigler, one of the founders of TSI, introduced the event, described the success of TSI to date, and asserted, “There is a certain energy in the air, a certain momentum, that we must continue.” He continued to explain that the real success of TSI is due to the organization’s emphasis on communal tefillah on behalf of its singles.

After a brief summary of TSI’s practical hishtadlus, he insisted, “We have no control over the success of any of these efforts. The real power behind TSI is everyone here. This is our third communal tefillah event and we know that tefillah is the greatest power that we have.

“And having all of you take part in today’s asifah is what is going to make the real difference in all of our girls’ lives.” He also thanked Mr. Bentzion Berkovits and Mrs. Goldie Hauer for all of their efforts on behalf of TSI.

Rav Kolodetsky then delivered divrei chizuk, sharing ideas for kabbalos that one can take upon oneself to help be zocheh to a shidduch. Some suggestions included being mekabel Shabbos 10 minutes early and spending a few minutes learning hilchos Shabbos at both the Leil Shabbos seudah and the daytime seudah.

A powerful Kinus tefillah ensued, following a special nusach for tefillah for shidduchim that was compiled by Harav Yaakov Edelstein, zt”l, longstanding Rav of Ramat HaSharon, which includes specific perakim of Tehillim, pesukim from Chumash, and other tefillos.

Following the Kinus, Rav Kolodetsky met individually with single girls and their parents, taking their names for tefillah and offering divrei chizuk.

Mr. Sigler commented, “Participants were inspired, appreciative, and thankful. They left with positive feelings, knowing that they are cared for and remembered by their community.”