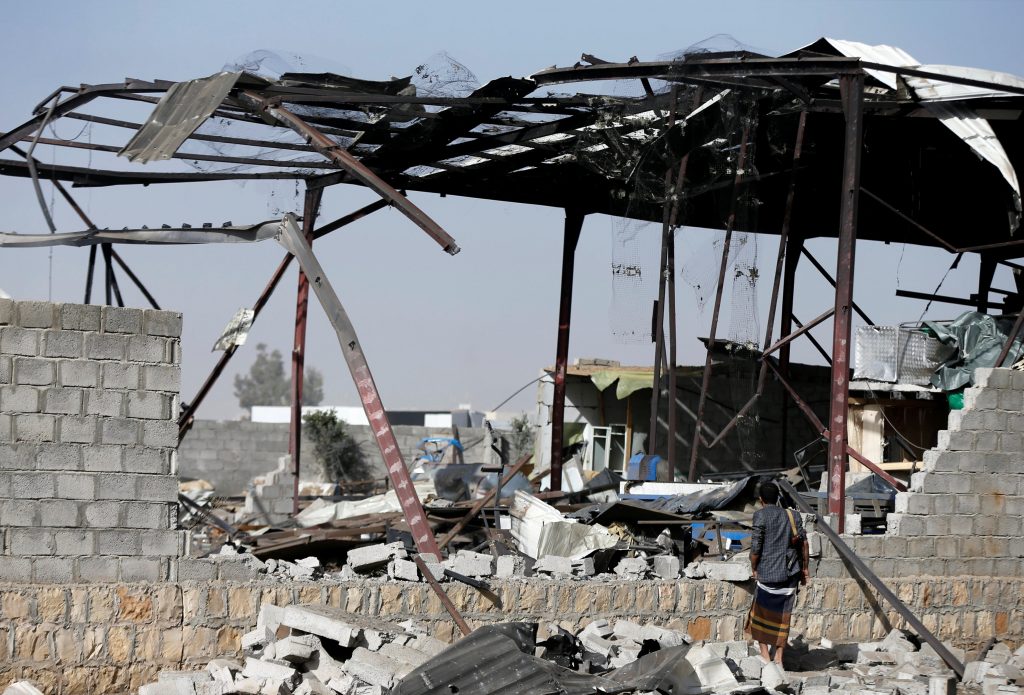 Houthi-run al-Masirah news channel said on Sunday that the Western-backed coalition had conducted 24 airstrikes on Sanaa since Saturday evening, including four on the air base. It said non-military targets such as a plastics factory were hit.

There were no immediate reports of damage or casualties.

The escalation in fighting, which follows a deadly Houthi drone attack last week on a Yemeni government military parade, raises doubts about holding a second round of U.N.-sponsored talks this month aimed at ending the nearly four-year war that has killed tens of thousands of people.

The war pits the Iranian-aligned Houthi movement against the Saudi-backed government of Abd-Rabu Mansour Hadi, which was ousted from Sanaa in 2014, prompting the Sunni Muslim coalition led by Saudi Arabia and the United Arab Emirates to intervene.

The United Nations is trying to implement a ceasefire and troop withdrawal agreement in the main port city of Hodeidah, a lifeline for millions of Yemenis facing severe hunger.

The deal was reached at U.N.-sponsored talks in Sweden last month, the first significant breakthrough in peace efforts in five years, to avert a full-scale assault on the port, the main entry point for the bulk of Yemen’s commercial imports and aid.

The truce has largely held in Hodeidah, controlled by the Houthis with thousands of coalition-backed forces massed on the outskirts. But the withdrawal of forces by both sides has stalled over disagreement on who would control the Red Sea city.

Western nations, including some which supply the coalition with arms and intelligence, have pressed Riyadh and Abu Dhabi to end the conflict that has pushed Yemen to the brink of famine.

Rights groups have criticized the coalition for airstrikes that have killed thousands of civilians at hospitals, schools and markets since 2015. They also criticize the Houthis for missile attacks on Saudi cities, including the capital Riyadh.

The conflict is largely seen in the region as a proxy war between Saudi Arabia and Shiite Muslim Iran. The Houthis deny receiving any help from Iran and say their revolution is against corruption.