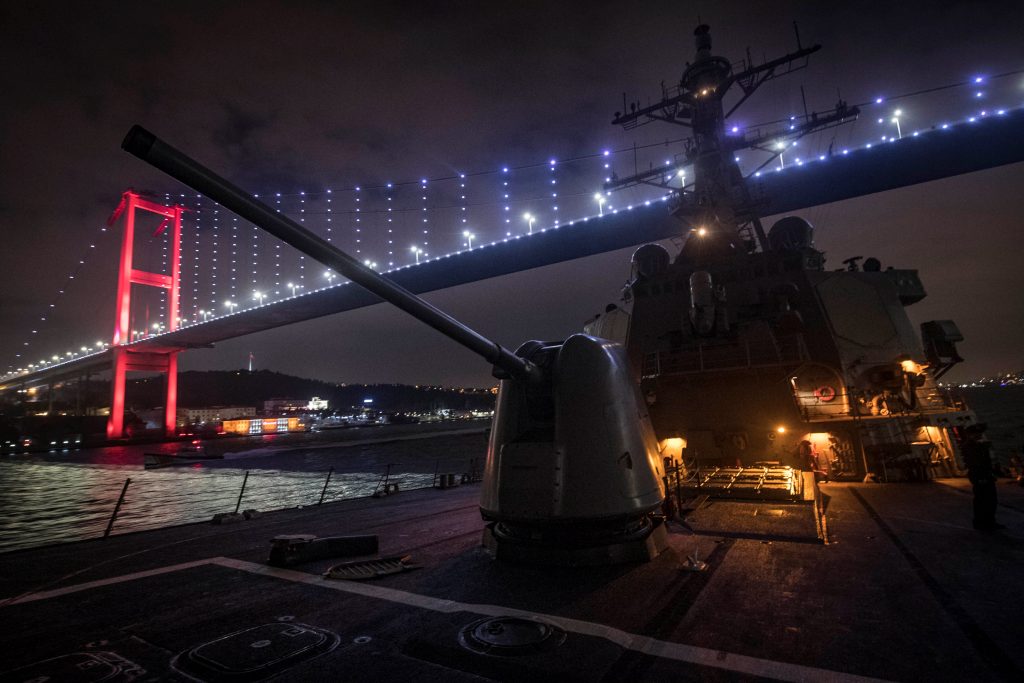 Visits to the Black Sea by U.S. warships have nothing to do with U.S. security and are motivated by domestic politics, prominent Russian senator Alexei Pushkov said on Sunday, warning they should stay away from the Russian coast.

“U.S. warships are becoming frequent visitors to the Black Sea. These visits have nothing to do with U.S. security,” Pushkov, a member of Russia’s Upper House Commission on Information Policy, wrote on his Twitter page.

“They flaunt their flag, send us a signal, and appease their own senators, who are demanding they send a whole military fleet to the Black Sea. They should keep away from our coastline,” he wrote.

This week, a court in Russia extended by three months the arrest of 24 Ukrainian sailors captured along with their ships in November in the Kerch Strait, which links the Black Sea with the Azov Sea. They stand accused of illegally crossing into Russian territory.

The United States and European Union have called on Russia to release the men, but the Kremlin has said they must be put on trial. No trial date has been set.

According to the Montreux international convention, the U.S. warship can stay in the Black Sea for no more than 21 days, RIA cited the Russian defense control center as saying.

“Our arrival in the Black Sea will showcase the navy’s interoperability in pursuit of common security objectives, enabling us to respond effectively to future crises or deterring aggression,” Matthew J. Powel, commanding officer of the Donald Cook, said in a statement.