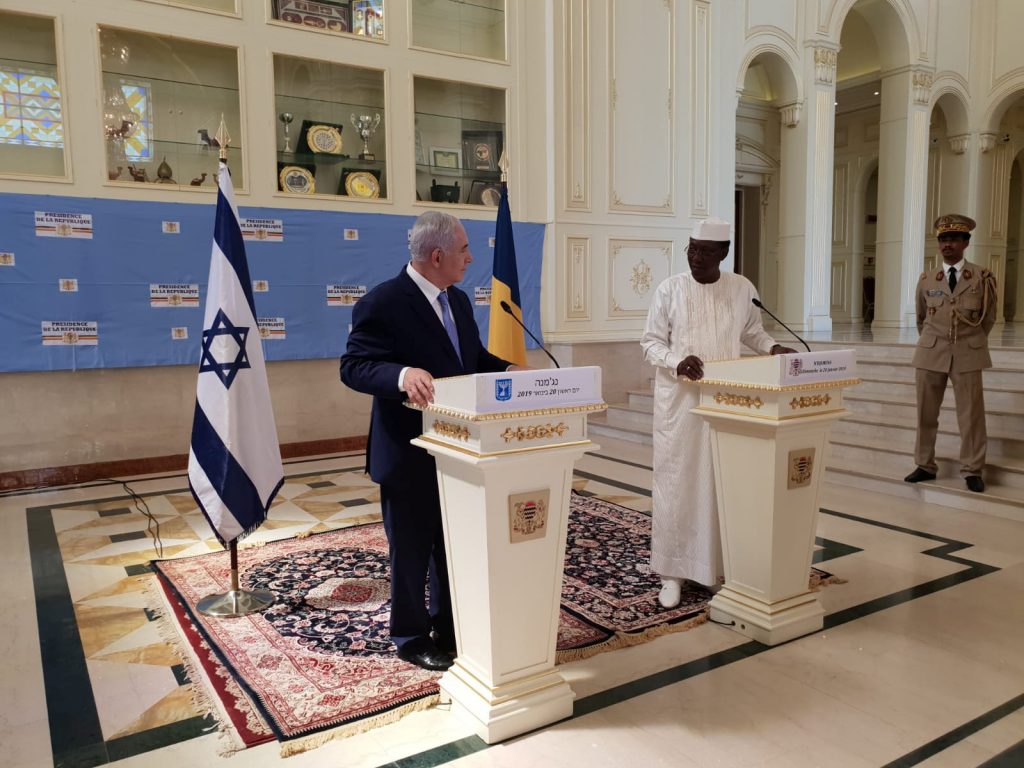 Prime Minister Binyamin Netanyahu and Chad’s President Idriss Deby on Sunday announced the resumption of diplomatic relations between Israel and Chad, 47 years after they were broken off.

The two leaders signed an official memorandum on the resumption of relations between the two countries.

“We are making inroads into the Islamic world. We are being welcomed here with respect just as we welcomed President Deby in Israel with respect. Israel is making inroads into the Islamic world. This is the result of considerable effort in recent years. We are making history and we are turning Israel into a rising global power,” Netanyahu stated after the signing.

The announcement was made in the framework of Netanyahu’s historic visit to Ndjamena, Chad, the first by an Israel prime minister since Golda Meir visited the country in 1969.

Netanyahu arrived in the African country earlier in the day and was received by an honor guard and welcomed by Chad Foreign Minister Mahamat Zene and other dignitaries.

“The two sides view the resumption of relations as the key to future cooperation for the benefit of both countries,” the Prime Minister’s Office stated.

Israel’s Foreign Ministry Spokesman Emmanuel Nachshon stated that the renewal of the relations was “an important decision for Israel’s diplomacy… Long live the friendship between our nations!!!”

Chad, a central Africa Muslim-majority nation, cut diplomatic ties with Israel in 1972 after a decade of good relations and cooperation. Chad is a large and important Muslim-majority African country.

Deby made history in November when he became the first Chadian president to visit Israel.

Israel has recently experienced a significant boost in its ties with several Arab and Muslim countries. There have been reports that Israel is on the way to establishing ties with Sudan in Africa, currently in a state of warfare with Israel, and with the Gulf state of Bahrain.