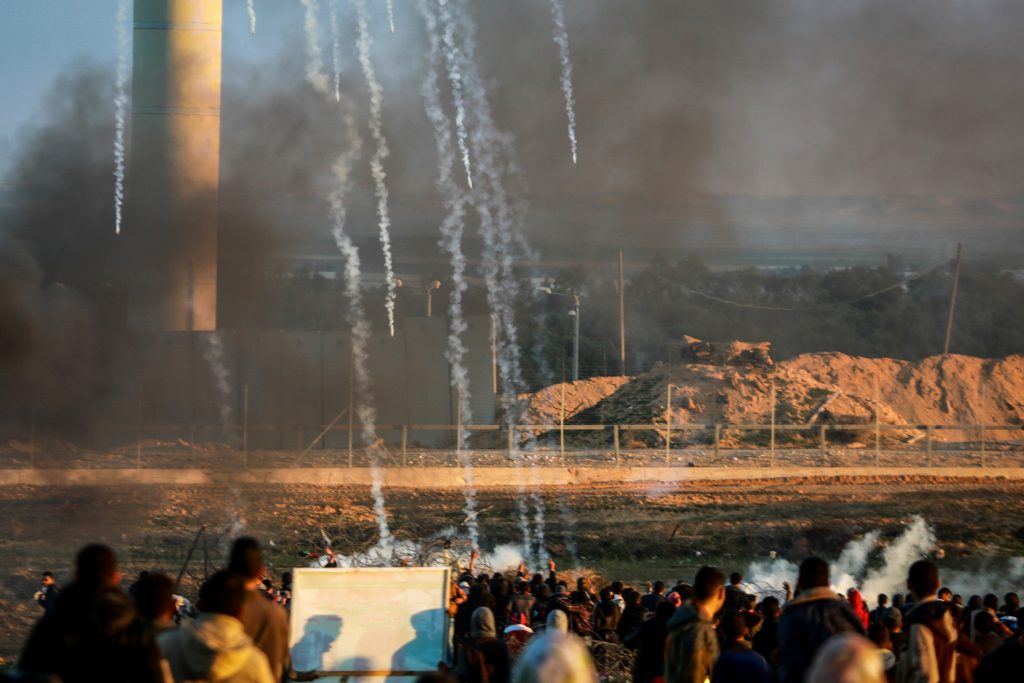 Hamas has again warned Israel to transfer $15 million in cash, or risk an aggravation of the security situation on the Gaza border. The warning was passed via Western negotiators, the London-based Arabic-language Al-Sharq al-Awsat newspaper said Sunday. Hamas demanded not only the transfer of the Qatari cash being held up by Israel, but also an end to an Israeli moratorium on dozens of products, including building materials and metal products, that Israel prevents from being exported to Gaza, out of concern that they will be used for terror purposes.  Hamas is also demanding the expansion of the area where Gaza fishermen are allowed to operate to 18 miles. Currently that limit is 15 miles, which had been upped from 12 miles just a few weeks ago.

Some 14,000 Gaza Arabs rioted along the Gaza border, throwing stones and firebombs at Israeli soldiers. Several rioters attempted to breach the border fence, cutting through the fence and running into Israeli territory before running back after they were spotted. IDF soldiers arrested a Gaza terrorist who snuck through the border and managed to hide for a short time before he was caught. Under questioning, the IDF said, the terrorist admitted that he was a Hamas operative who was planning to carry out an attack.

The third payment of $15 million in cash to Hamas from Qatar has been held up by Israel for several weeks, after a rocket attack by Hamas. Channel 20 reported that Israel told Hamas that if Friday passed smoothly, it would allow the transfer of the Qatari cash to Hamas at the beginning of next week.