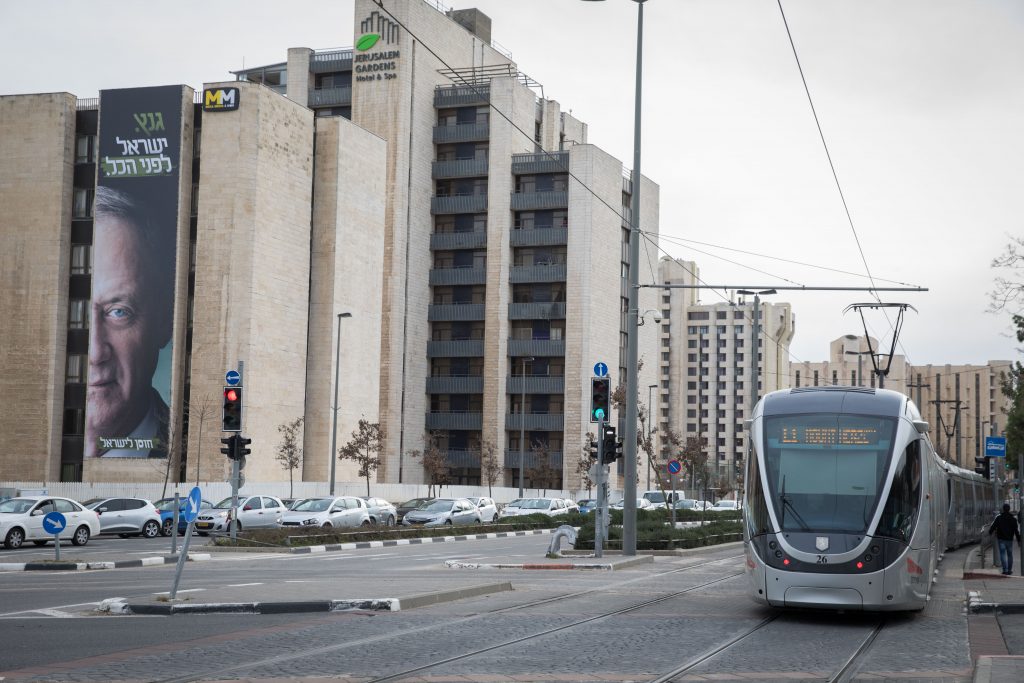 A new series of campaign videos tries to make the most of former IDF chief Benny Gantz’s military record while at the same time presenting him as a peacemaker.

Gantz’s Israel Resilience party released footage highlighting Gantz’s accomplishments in Operation Cast Lead in 2008-9, in which 1,364 terrorists were killed, followed by three and a half years of “quiet”; a second ad notes that under Gantz in the 2014 war, “Parts of Gaza returned to the stone age”; and a third video credits him with the liquidation of Ahmed Jabari, the acting head of Hamas’s military wing, in 2012.

Jabari was targeted for assassination for his role as the Hamas mastermind in the abduction of Israeli soldier Gilad Shalit.

A fourth video sought to balance the portrait of the candidate as nemesis to Palestinian terrorists with a statement of his desire for peace:

“I can’t accept that there will be a complete generation here with no hope,” says Gantz, and calls for “striving and working toward” peace and an end to the need to “send our children to fight.”

“Things could be different here,” the video concludes before flashing the campaign’s slogan, “Israel First.”