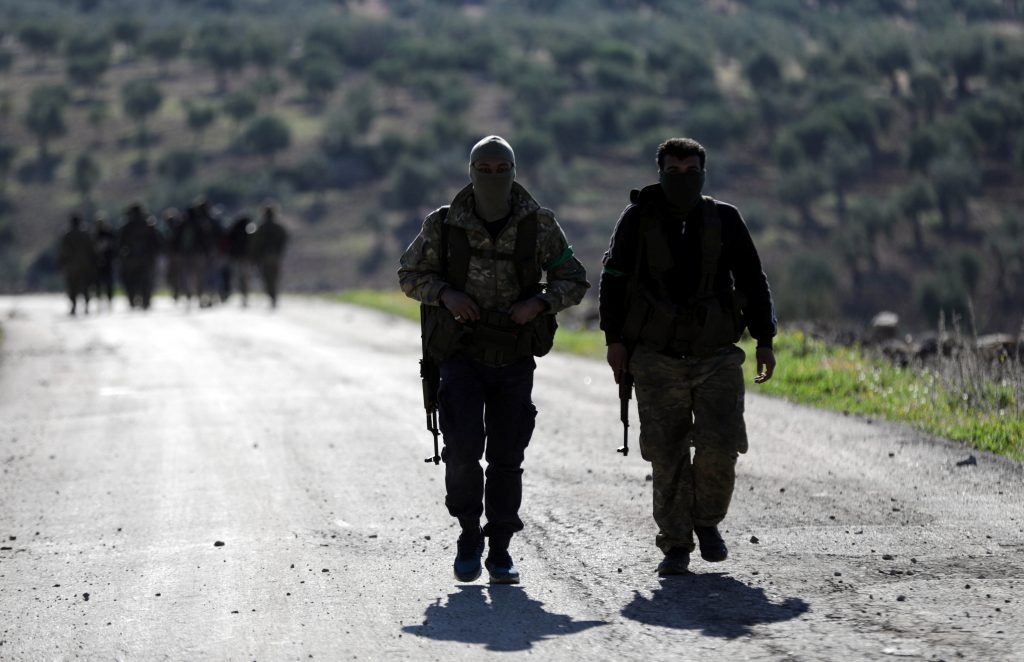 A bomb in the northwest Syrian town of Afrin killed three civilians and wounded nine on a public bus, several witnesses told Reuters on Sunday.

The blast came on the anniversary of Operation Olive Branch, an air and ground assault launched by Turkey in 2018 on the mainly Kurdish Afrin to drive out the Syrian Kurdish YPG, which Turkey sees as an extension of the outlawed Kurdistan Workers Party (PKK) that has waged an insurgency on Turkish soil since 1984.

No group has claimed responsibility for the attack.

It follows a blast on Wednesday in Manbij, a northern Syrian town controlled by a militia allied with U.S.-backed Kurdish forces, claimed by Islamic State, which killed two U.S. troops and two civilians working for the U.S. military.

Turkish President Tayyip Erdogan announced last month that his army would launch an operation against the YPG east of the Euphrates. President Donald Trump later announced a decision to pull out of Syria, alarming allied Kurdish leaders who run much of the north.

The Kurdish-led Syrian Democratic Forces (SDF), an umbrella group dominated by the YPG and Washington’s main Syrian partner in the fight against Islamic State, controls territory in northeast and eastern Syria, which makes up about a quarter of the country.

The U.S. decision to leave Syria led the Kurdish leaders to urge Russia and its ally Damascus to send forces to shield the border from the threat of the Turkish offensive.

Turkey’s state-owned Anadolu Agency said two bombs hit Afrin’s city center, one exploding on a bus and the second in a garbage container.