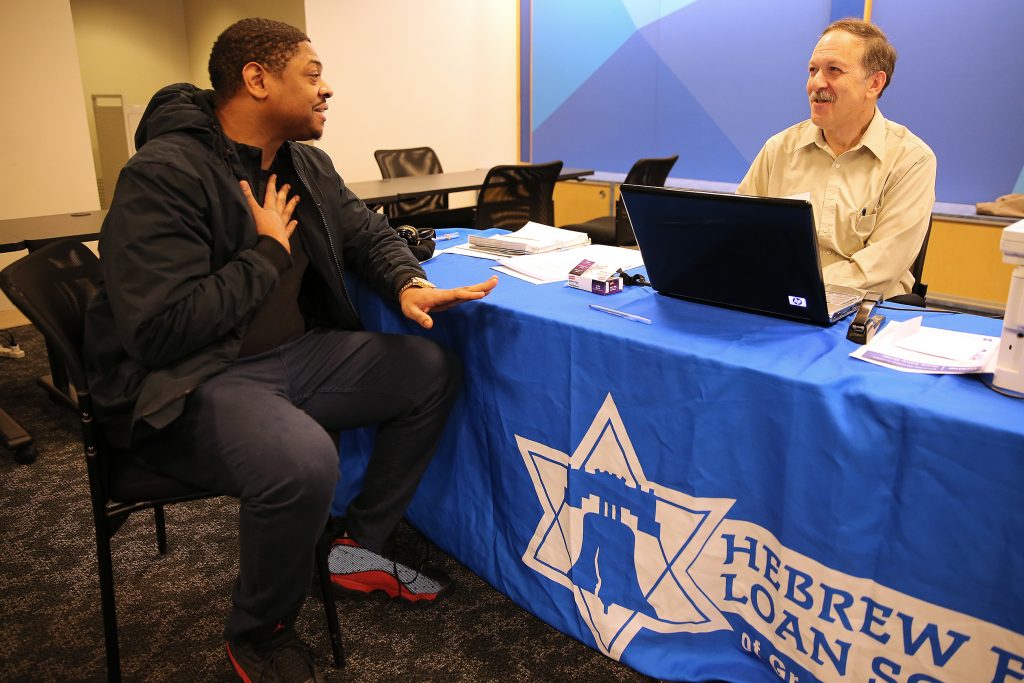 Marshal Granor got the phone call a week ago, from a person expressing what so many have, since a battle over a border wall thrust hundreds of thousands of federal workers into the middle of a political standoff and their own personal financial frenzy.

“My heart is breaking,” were the words the real estate lawyer heard from the caller, who said he wanted to do something to help all “these poor workers” furloughed or forced to work without pay during the ongoing government shutdown.

What Granor heard next was unexpected: The caller wanted to make a $500,000 donation to the Hebrew Free Loan Society of Greater Philadelphia for short-term, no-interest loans for federal employees in the nine-county Philadelphia region. Granor, a real estate lawyer from Elkins Park, Pa., is the immediate past president of HFL.

“I almost fell out of my chair,” he said Friday from the National Constitution Center, where loan checks for $1,250 each will be handed out to eligible recipients from noon to 5 p.m. Sunday, and 10 a.m. to 5 p.m. Monday.

“We hope by then the money is gone, unless some wonderful readers want to extend the program by adding their own money,” Granor said. Readers interested in making donations can contact HFL administrators via the website at www.hflphilly.org.

Founded in 1984, HFL has issued more than $3 million in $1,500 loans to help Jews in need with such things as mortgage or rent payments, doctor visits, and tuition bills. It also offers small-business loans.

The new Federal Worker Emergency Relief Loan is nonsectarian. Recipients need not be Jewish to qualify. They must live in Bucks, Chester, Delaware, Montgomery, or Philadelphia Counties in Pennsylvania, or Burlington, Camden, Gloucester, or Mercer Counties in New Jersey, and their government salary cannot exceed $50,000 a year.

Those who want a loan must first fill out an application at http://hflphillyorg/shutdownloans.htm, after which those found eligible will be given an appointment to pick up a check at the Constitution Center at 525 Arch St. There they will be required to show a photo ID along with proof of address and that they are a federal employee who is not being paid due to the government shutdown. They must also show an old pay stub to verify their salary.

The loans cost nothing and require no cosigners. They must be repaid 90 days after the government reopens.

Shortly after noon Friday, Ira Coleman, 30, a customer service representative for the Internal Revenue Service and single dad, became just the second loan recipient. He was handed a check for $1,250 that he said he planned to use toward his rent in South Philadelphia, and for food, diapers, and wipes for his 9-month-old son. The child’s mother just started a job, said Coleman.

“It’s very stressful,” he said of the financial limbo he’s been in. Furloughed since the start of the shutdown, Coleman was just called back to work Thursday, albeit with no chance of receiving a paycheck until the shutdown ends and back pay is granted. “I’m not sure how much longer we can hold up like this.”

He heard about the HFL loans from a coworker and went online Thursday night to apply, getting an appointment to pick up his check at 12:30 p.m. Friday.

“It’s a true blessing,” said Coleman, who makes $45,000 a year in an IRS call center. “I don’t know how else to describe it. It’s good to see people actually care.”

He said the shutdown has been somewhat isolating for federal employees,

“In the midst of it, you get a sense that nobody cares about us,” Coleman said. “Thankfully somebody was able to step up and actually make a difference.”

Granor said the donor who put up $500,000 wants to remain anonymous.