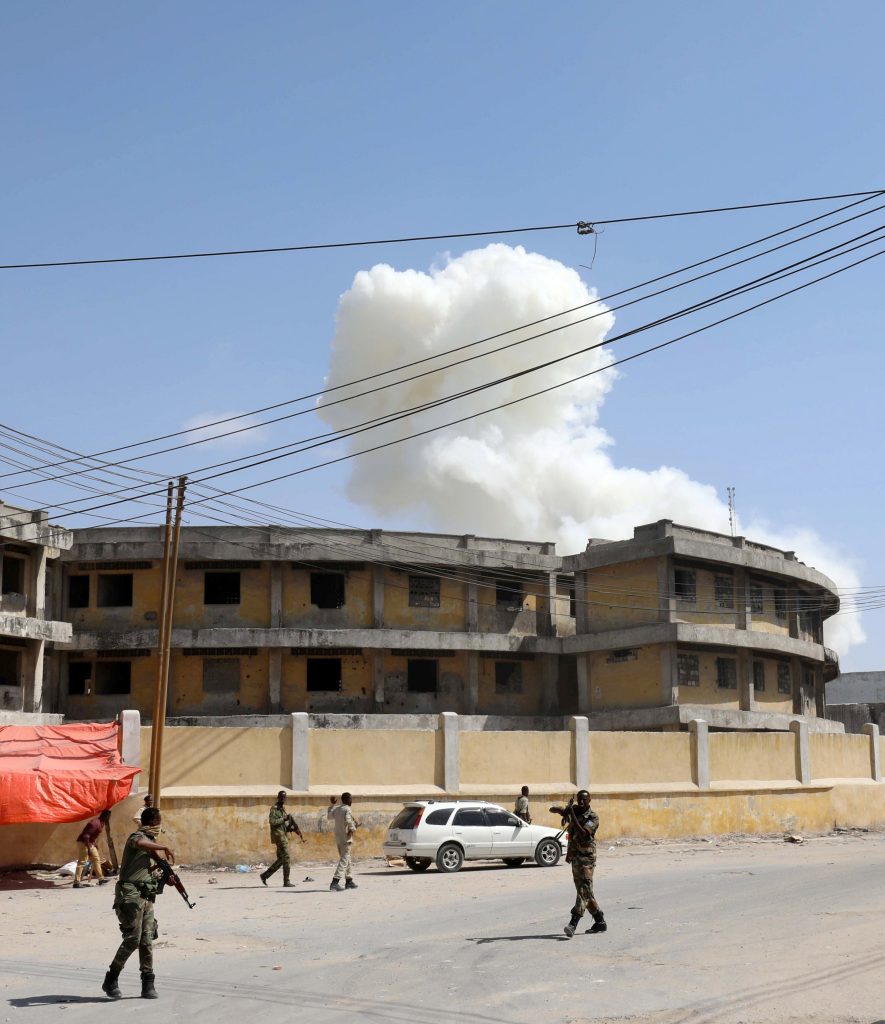 The U.S. military on Saturday said it had carried out its deadliest airstrike in Somalia in months, killing 52 al-Shabab terrorists after a “large group” mounted an attack on Somali forces.

The U.S. Africa Command said the airstrike occurred near Jilib in Middle Juba region. There were no reports of Americans killed or wounded.

The U.S. statement did not say whether any Somali forces were killed or wounded by the al-Qaida-linked terrorists. Al-Shabab via its Shahada news agency asserted that its attack on two Somali army bases killed at least 41 soldiers. It described the location as the Bar Sanjuni area near the port city of Kismayo.

In neighboring Ethiopia, state media cited the Defense Ministry as saying that more than 60 al-Shabab terrorists had been killed and that four vehicles loaded with explosives had been “destroyed.” Ethiopia contributes troops to a multinational African Union peacekeeping mission in Somalia and has troops there independently under Ethiopian army command.

Al-Shabab controls large parts of rural southern and central Somalia and continues to carry out high-profile suicide bombings and other attacks in the capital, Mogadishu, and elsewhere.

The Islamic terror group claimed responsibility for the deadly attack on a luxury hotel complex in the capital of neighboring Kenya on Tuesday, the latest high-toll assault inside that country in retaliation for Kenya sending troops to Somalia to fight al-Shabab.

The United States has dramatically stepped up airstrikes against al-Shabab in Somalia since President Donald Trump took office, carrying out at least 47 such strikes last year. Some have targeted top al-Shabab leaders or key financial officials; the extremist group funds its attacks with an extensive network of “taxation” and extortion.

In October, the U.S. said an airstrike killed about 60 terrorists near the al-Shabab-controlled community of Harardere in Mudug province in the central part of the country.

The airstrikes hamper the extremist group but have not “seriously degraded al-Shabab’s capability to mount strikes either inside or outside Somalia,” Matt Bryden of Sahan Research, an expert on the extremists, told The Associated Press after the Nairobi hotel attack.

Airstrikes alone cannot defeat the terrorists, Bryden said, and must be combined with more ground-based attacks as well as a non-military campaign to win over residents of terrorist-held areas.

The U.S. on Saturday said it is committed to “preventing al-Shabab from taking advantage of safe havens from which they can build capacity and attack the people of Somalia.”