World Trump: U.S. ‘Made a Lot of Progress’ With N. Korea
World 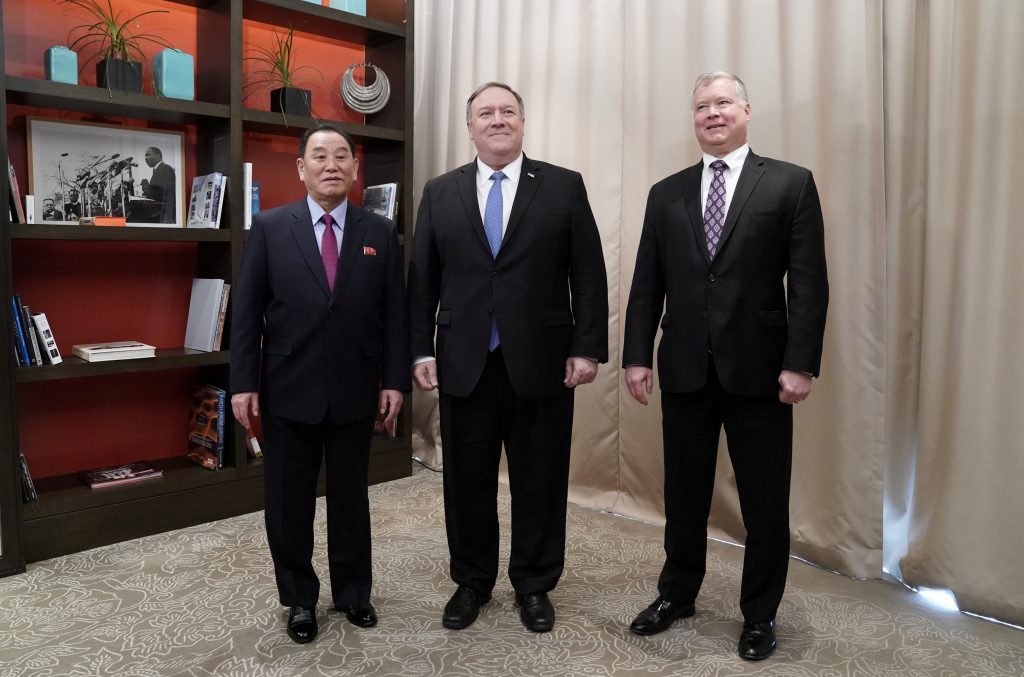 President Donald Trump said on Saturday he had “an incredible” meeting with North Korea‘s nuclear envoy Kim Yong Chol and the two sides had made “a lot of progress” on denuclearization.

The White House announced after talks between Trump and Kim on Friday that the U.S. president would hold a second summit with North Korean leader Kim Jong Un in late February, but would maintain economic sanctions on Pyongyang.

“That was an incredible meeting,” Trump, speaking to reporters at the White House, said of the talks.

“We’ve agreed to meet sometime, probably the end of February. We’ve picked a country but we’ll be announcing it in the future. Kim Jong Un is looking very forward to it and so am I,” Trump said.

“We have made a lot of progress as far as denuclearization is concerned and we are talking about a lot of different things. Things are going very well with North Korea.”

Trump and the White House have given no details of the talks, and despite his upbeat comments there has been no indication of any narrowing of differences over U.S. demands that North Korea abandon a nuclear weapons program that threatens the United States and Pyongyang’s demands for a lifting of punishing sanctions.

A first summit in June in Singapore – the first-ever between a sitting U.S. president and a North Korean leader – produced a vague commitment by Kim Jong Un to work toward the denuclearization of the Korean peninsula, but he has yet to take what Washington sees as concrete steps in that direction.

Critics of U.S. efforts say the first summit only boosted Kim’s international stature without much to show for it, and some believe Trump may see a second meeting as a way of distracting from his domestic troubles.

Trump did not elaborate on the country chosen to host the summit, but Vietnam has been considered a leading candidate.

The State Department said the two sides had “a productive first meeting at the working level” and Biegun would travel to Sweden at the weekend to attend an international conference.

The conference is also being attended by North Korean Vice Foreign Minister Choe Son Hui. Washington has been keen to set up talks between Biegun and Choe but North Korea has resisted, apparently wanting to keep exchanges high-level.

Asked if the two would meet in Stockholm, a State Department spokeswoman said: “We have no meetings to announce.”