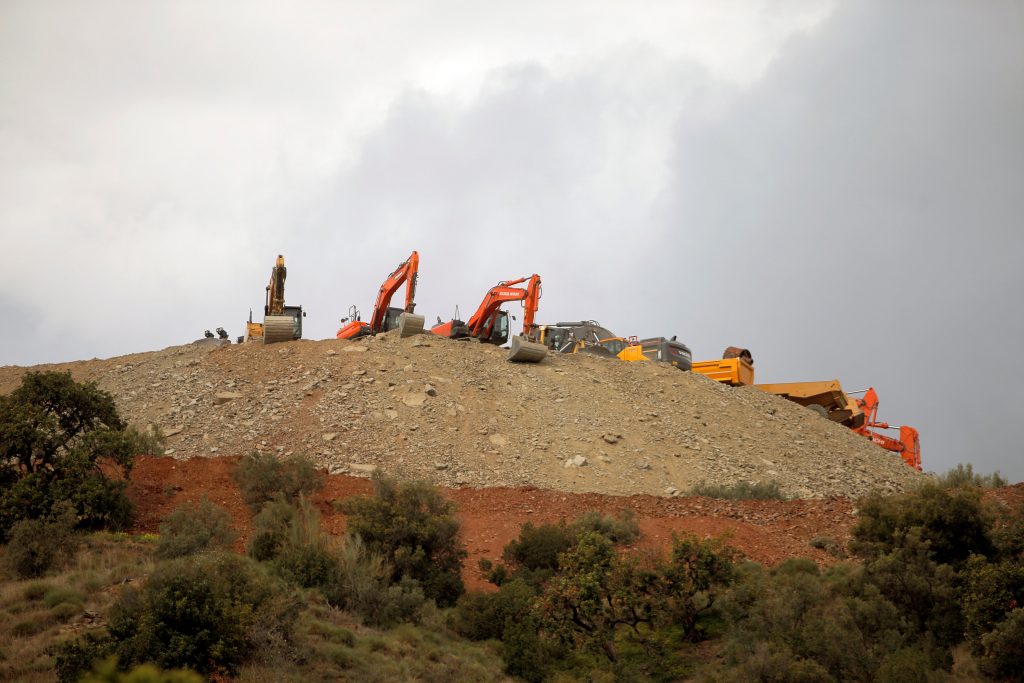 Rescuers in southern Spain began drilling on Saturday in hopes of rescuing a two-year-old boy trapped in a deep well for six days.

The mission to save the child has triggered an outpouring of public support as rescuers struggle with the challenge of bringing heavy equipment up steep access roads and reaching the toddler safely.

““We are incredibly motivated to reach him as soon as possible. We’re not bothered by the hours, the tiredness or the lack of sleep,” Angel Vidal, the lead engineer overseeing the rescue, said on Saturday.

“We are hopeful that we will reach him as soon as possible and bring him back to his parents,” he added.

The boy, Julen, fell into the borehole, which is just 10 inches wide and 100 metres deep, as his family walked through a private estate in Totalan, Malaga.

Officials have been unable to find signs of life but say they are working on the basis that the child is still alive. Video footage shot by firefighters and released by Spanish broadcaster Canal Sur shows a blockage around 70 metres into the well which has prevented rescue services from sending food or water to the child.

Trucks brought drilling equipment and giant pipes to the site on Friday. Drilling of the first of two tunnels that will be made to reach the boy began at around 3 p.m. local time and will take around 15 hours, officials said.

Once the first tunnel is completed, rescuers will begin working by hand to construct a second shorter tunnel to reach the area where the boy is trapped, which will take a further 20 hours.

Residents of the town have held vigils for Julen and in support of his family.

Spanish media say the boy’s parents suffered another tragedy in 2017 when their three-year-old son died suddenly of health problems while walking along a beach.

“Be strong, Julen. Totalan is with you,” read a handmade banner hung on the roadside near the rescue site.

“We are living some incredibly difficult hours for relatives, friends and neighbors (of the family).