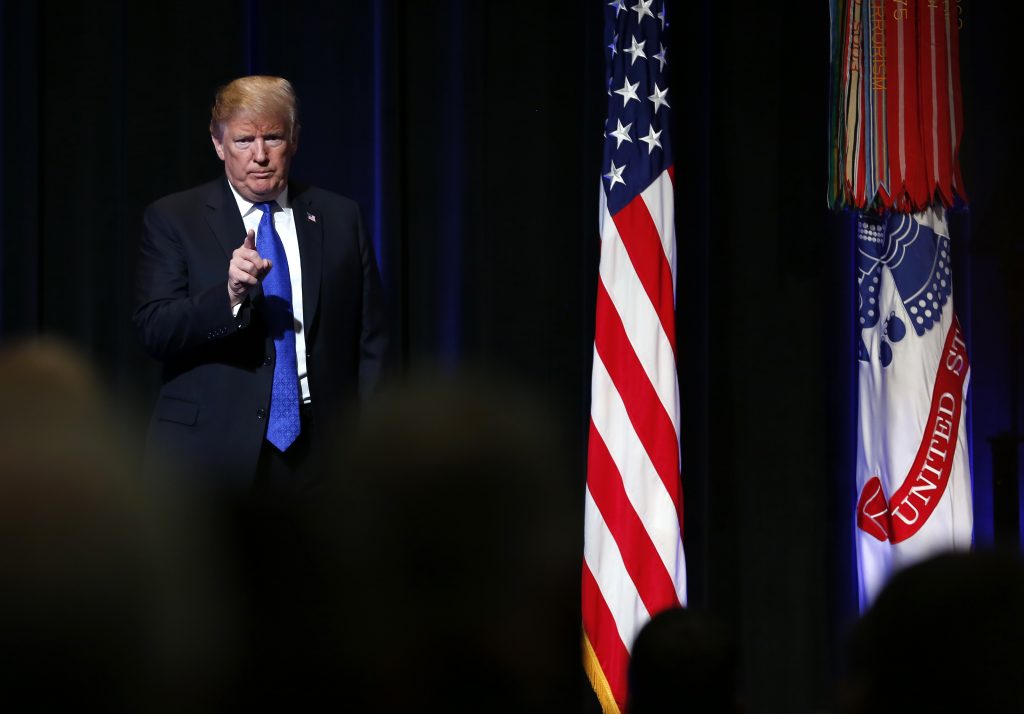 The Democratic chairmen of two House committees pledged Friday to investigate a report that President Donald Trump directed his personal attorney Michael Cohen to lie to Congress about negotiations over a Moscow real-estate project during the 2016 election.

The report by BuzzFeed News comes as House Democrats have promised a thorough look into Trump’s ties to Russia, and as special counsel Robert Mueller is investigating Russia’s meddling in the 2016 election and contacts with the Trump campaign.

A White House spokesman did not specifically deny the report, but Trump, in a tweet, accused Cohen, who has cooperated with Mueller, of lying.

BuzzFeed, citing two unnamed law-enforcement officials, said Trump directed Cohen to lie to Congress and that Cohen regularly briefed Trump and his family on the Trump Tower project in Moscow — even as Trump said he had no business dealings with Russia. BuzzFeed said Cohen told Mueller that Trump personally instructed him to lie about the timing of the project in order to obscure Trump’s involvement.

BuzzFeed said Mueller’s investigators learned about Trump’s directive “through interviews with multiple witnesses from the Trump Organization and internal company emails, text messages, and a cache of other documents.” The report says that Cohen then acknowledged Trump’s instructions when he was interviewed by the Mueller team.

House Intelligence Committee Chairman Adam Schiff, D-Calif., said “we will do what’s necessary to find out” if the report was true. He said the allegation that Trump directed Cohen to lie in his 2017 testimony to Congress “in an effort to curtail the investigation and cover up his business dealings with Russia is among the most serious to date.”

Calling the allegations a “counterintelligence concern of the greatest magnitude,” Schiff said his committee had already been working to secure witness testimony and documents related to the Moscow Trump Tower deal.

The chairman of the House Judiciary Committee, Rep. Jerrold Nadler of New York, said directing a subordinate to lie to Congress is a federal crime. “The @HouseJudiciary Committee’s job is to get to the bottom of it, and we will do that work,” Nadler tweeted.

On Twitter Friday morning, Trump charged that Cohen is “Lying to reduce his jail time!” Cohen has already been sentenced.

Cohen pleaded guilty in November to lying to Congress to cover up that he was negotiating the Trump Tower project in Moscow on Trump’s behalf during the heat of his presidential campaign. The charge was brought by Mueller and was the result of Cohen’s cooperation with that probe.

He was sentenced to three years in prison for crimes that included arranging the payment of hush money to people with potentially damaging information on the then-presidential candidate, telling a judge that he agreed time and again to cover up Trump’s “dirty deeds” out of “blind loyalty.”

The Associated Press has not independently confirmed the BuzzFeed report.

An adviser to Cohen, Lanny Davis, declined to comment on the substance of the article, saying that he and Cohen wouldn’t answer questions out of respect for Mueller.

Trump’s lawyer, Rudy Giuliani, scoffed at the report, saying in a statement, “If you believe Cohen I can get you a good all cash deal on the Brooklyn Bridge.”

Though House Speaker Nancy Pelosi has discouraged any talk of impeachment in the early days of her new majority, some senior Democrats said that if the BuzzFeed report is confirmed, Trump’s actions could rise to that level.

“If the @BuzzFeed story is true, President Trump must resign or be impeached,” tweeted Texas Rep. Joaquin Castro, a member of the House intelligence panel.

California Rep. Ted Lieu, a member of the Judiciary committee, tweeted that it’s time for that panel “to start holding hearings to establish a record of whether @POTUS committed high crimes.”

Rhode Island Rep. David Cicilline, also a member of the Judiciary committee, tweeted that if Trump directed Cohen to lie, “that is obstruction of justice. Period. Full stop.”

A Senate Democrat, Chris Murphy of Connecticut, tweeted that “we need to know this ASAP” if Mueller does have multiple sources confirming that Trump directed Cohen to lie to Congress.

“Mueller shouldn’t end his inquiry, but it’s about time for him to show Congress his cards before it’s too late for us to act,” Murphy tweeted.

William Barr, Trump’s nominee for attorney general, said at his Senate confirmation hearing Tuesday that a president or anyone else who directs a witness to lie is illegally obstructing an investigation. That statement attracted attention given Barr’s expansive views of presidential powers and his belief that presidents can’t be scrutinized by prosecutors for acts the Constitution allows them to take.