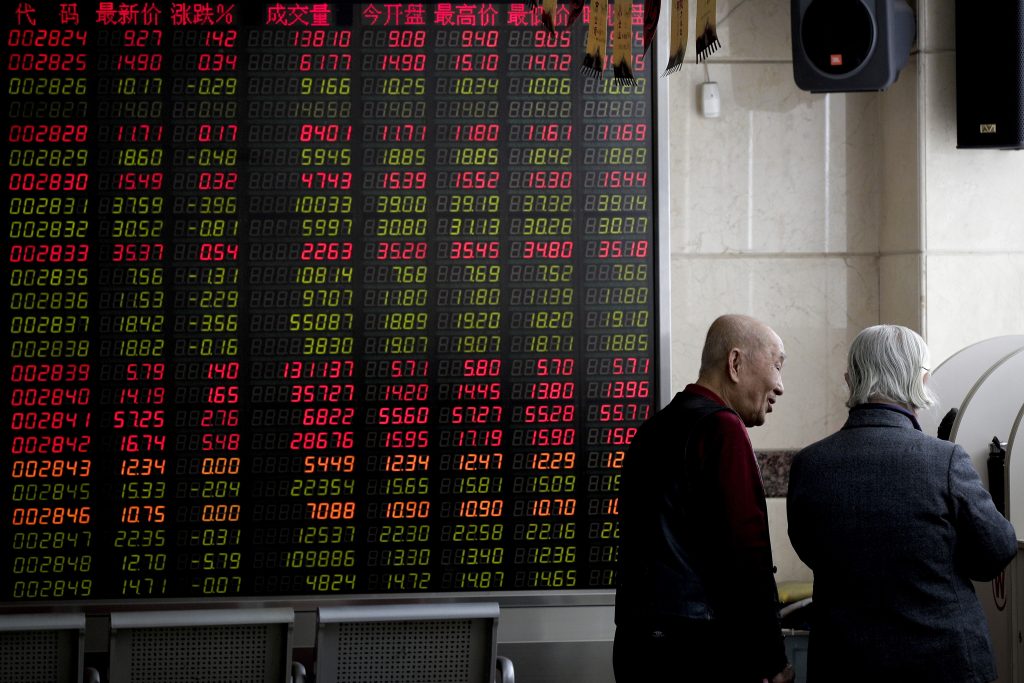 Asian stocks rose across the board on Friday and supported risk sentiment as a report of progress in U.S.-China trade talks stirred hopes of a deal in their tariff dispute.

Spread-betters expected European stocks to take their cue from Asia, with Britain’s FTSE seen rising 0.45 percent, while Germany’s DAX and France’s CAC were tipped to each gain 0.5 percent.

The Wall Street Journal reported on Thursday that Treasury Secretary Steven Mnuchin discussed lifting some or all tariffs imposed on Chinese imports and suggested offering a tariff rollback during trade discussions scheduled for Jan. 30.

U.S. stocks rallied following the report, but pared some of those gains after a Treasury spokesperson told CNBC that Mnuchin had not made any such recommendations. WSJ also reported that U.S. Trade Representative Robert Lighthizer has resisted Mnuchin’s idea. For the day, all three major U.S. indexes were up, led by a surge in industrial stocks.

With equity markets having taken a knock on the trade tensions last year, even the whiff of progress in the months-long Sino-U.S. trade war was enough to boost risk sentiment. MSCI’s broadest index of Asia-Pacific shares outside Japan added 0.55 percent. The index has gained 1.3 percent this week.

The Shanghai Composite Index was up 1 percent.

“As with 2018, the U.S.-China trade row remains a key market theme in 2019. A slight difference is that there are some signs that the two sides are seeking some sort of a resolution,” said Soichiro Monji, senior economist at Daiwa SB Investments in Tokyo.

“China seems to be running low on options, while the United States would also want to avoid a prolonged conflict given the negative consequences on its markets and the economy,” Monji said.

Chinese Vice Premier Liu He will visit the United States on Jan. 30 and 31 for the latest round of trade talks aimed at resolving the dispute between the world’s two largest economies.

In December Washington and Beijing agreed to a 90-day truce in a trade war that has disrupted the flow of hundreds of billions of dollars worth of goods.

Indicators released recently have shown signs that the Chinese economy is losing momentum.

China’s fourth-quarter economic growth, due to be reported on Monday, likely slowed to the weakest pace since the global financial crisis erupted, a Reuters poll showed, as demand faltered at home and abroad.

The dollar was mildly supported after U.S. Treasury yields rose amid the improvement in risk appetite in the broader markets.

The greenback was a shade higher at 109.390 yen after popping up to a two-week high of 109.44. The dollar has gained about 0.7 percent against the Japanese currency this week.

The euro was little changed at $1.1390 after dipping slightly overnight. The common currency was on track for a weekly loss of 0.7 percent.

The 10-year Treasury yield stood at 2.744 percent after brushing 2.761 percent the previous day, its highest in three weeks.

The pound traded nearly flat at $1.2978, in reach of a two-month peak of $1.3001 scaled overnight on the back of hopes that Britain can avoid a no-deal Brexit.

British Prime Minister Theresa May’s Brexit deal suffered a heavy defeat in Parliament this week, but she survived a subsequent vote of confidence, removing some political uncertainty for now.

Still, longer-term prospects for Britain and its markets remained far from clear.

“As the [U.K.] government negotiates with itself to come up with new proposals to pitch to an European Union that has stated no intention to renegotiate anything, the uncertainty will remain lively and volatile,” wrote Carl Weinberg, chief international economist at High Frequency Economics.

U.S. crude oil futures extended gains after rising the previous day on a bounce in Wall Street and news that OPEC sharply curtailed production in December.

U.S. crude futures added 1.1 percent to $52.65 per barrel. The contracts have gained more than 2 percent this week.

Demand has recently outstripped supply for the metal, used in emissions-reducing catalytic converters for cars. Palladium also appeared to get a boost from hopes for further government stimulus in China, the world’s biggest auto market.

Spot gold was steady at $1,290.71 an ounce, having relinquished its spot as the most expensive precious metal to palladium early in December.