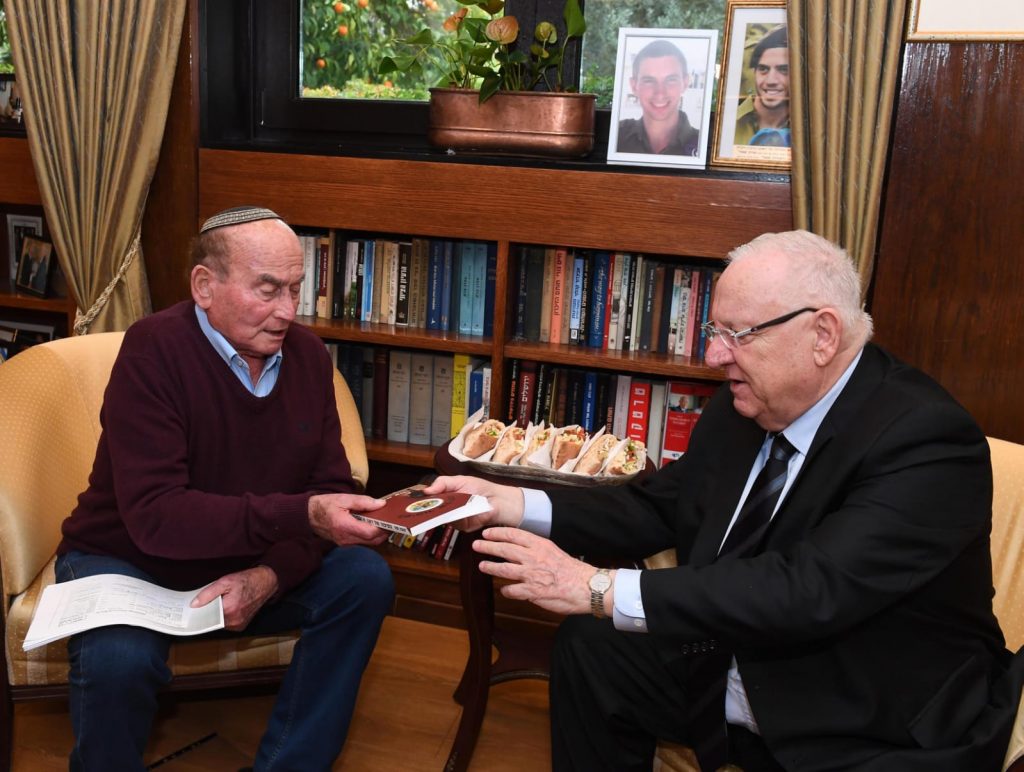 President Reuven Rivlin and his wife Nechama on Thursday invited David (Dugo) Leitner for a falafel.

Dugo, along with 60,000 Jews, was on the death march from Auschwitz at the age of 14. Exhausted and starving, he marched for miles dreaming of the “bilkelach” rolls he would eat in Israel. When he arrived and first visited the Machane Yehuda market in Yerushalayim, he saw falafel for the first time and they reminded him of the rolls that he had dreamed of when times were hard.

Since then, every January 18th, Dugo celebrates the fact that he is alive by eating falafel. The Testimony House at Nir Galim works with him on this project.

Dugo told the president and Nechama, “I was walking with my eyes shut. I couldn’t open them because of the heavy snow. During the march I fell asleep and dreamed of my mother. She always told me that we would go and live in Israel, and that in Israel ‘bilkelach’ grew on the trees.”

“Your custom of eating falafel each year really touched us. Ever since I heard your story, I have been hoping to sit and eat falafel together with you,” said the president.