Politics OPINION: Call H.R. 1 What it Is: The Democrat Politician Protection Act
Politics 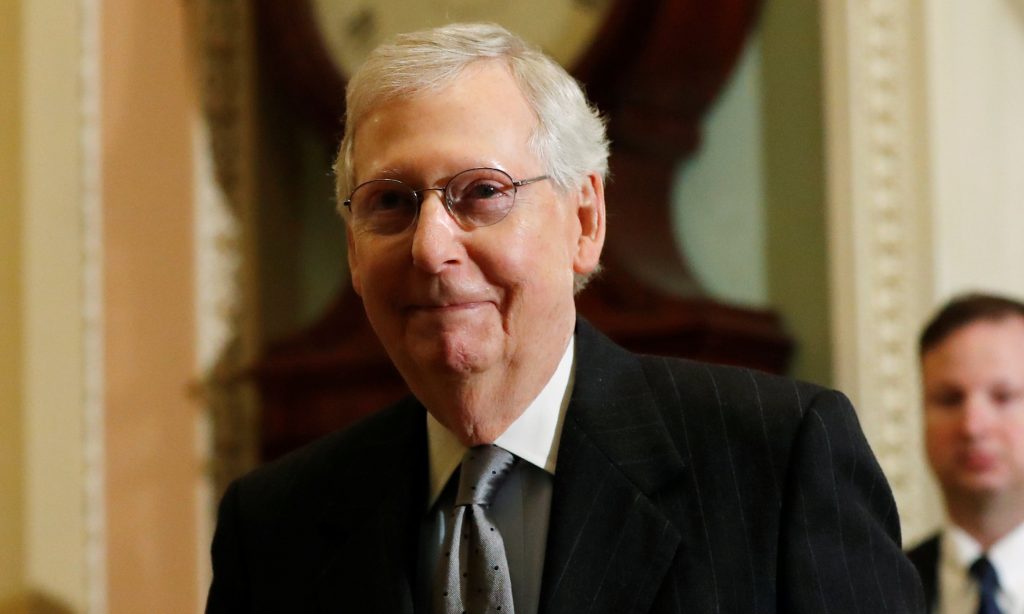 For the past two years, our united Republican government drained money and power from Washington and returned it to states, communities and families. From middle-class tax cuts to regulatory reform, we took this approach and watched the nation thrive more as a result.

Democrats have a different philosophy. After November’s elections, everyone knew Speaker Nancy Pelosi and the new House would send the Senate far-left proposals to retighten Washington’s grip on the country. And right on cue, even as their refusal to invest in border security prolongs this partial government shutdown, House Democrats have wasted no time rolling out a sprawling proposal to grow the federal government’s power over Americans’ political speech and elections.

House Democrats won’t come to the table and negotiate to reopen government, but they’ve been hard at work angling for more control over what you can say about them and how they get reelected. They’re trying to clothe this power grab with cliches about “restoring democracy” and doing it “For the People,” but their proposal is simply a naked attempt to change the rules of American politics to benefit one party. It should be called the Democrat Politician Protection Act.

Why else would the bill scrap the neutrality of the Federal Elections Commission and set it up for a partisan takeover? Since Watergate, the commission has been a six-member body so neither party can use it to punish political opponents. Apparently, Democrats have grown tired of playing fair. This bill would weaponize the FEC with a 3-to-2 partisan makeup.

It would also empower that newly partisan FEC to track and catalogue more of what you say. It would broaden the type of speech the commission can define as “campaign-related” and thus regulate. Many more Americans would have to notify the feds when spending even small amounts of money on speech or else be penalized. That partisan FEC would also get wide latitude to determine when a nonprofit’s speech has crossed that fuzzy “campaign-related” line and then forcibly publicize the group’s private supporters.

Apparently, the Democrats define “democracy” as giving Washington a clearer view of whom to intimidate and leaving citizens more vulnerable to public harassment over private views. Under this bill, you’d keep your right to free association as long as your private associations were broadcast to everyone. You’d keep your right to speak freely so long as you notified a distant bureaucracy likely run by the same people you criticized. The bill goes so far as to suggest that the Constitution needs an amendment to override First Amendment protections.

Democrats aren’t only coming after free speech. They’re also taking aim at your wallet. Pelosi and company are pitching new taxpayer subsidies, including a 600 percent government match for certain political donations and a new voucher program that would funnel even more public dollars to campaigns. Maybe that’s why every Democrat opposed our tax cuts for middle-class families and small businesses. They’d rather use your money to enrich campaign consultants.

I’m as firm a supporter as anyone of vigorous debate and a vibrant political discourse — but I don’t think Americans see an urgent need for their tax dollars to be used to bankroll robocalls and attack ads, including for candidates they dislike.

Democrats would also like you to pay for generous new benefits for federal bureaucrats. Their bill proposes making Election Day a new paid holiday for government workers and six additional days’ paid vacation for federal bureaucrats to work the polls during any election. This is the Democrats’ plan to “restore democracy”: extra taxpayer-funded vacation for bureaucrats to hover around while Americans cast their ballots.

Even more egregiously, the legislation dedicates hundreds of pages to federalizing the electoral process. It would make states mimic the practices that recently caused California to incorrectly register 23,000 ineligible voters. It would make it harder for states to fix inaccurate data in their voter rolls. Yet the legislation declines to address the sketchy “ballot harvesting” that upended the result in North Carolina’s 9th District — perhaps because the practice is perfectly legal in California, where Democrats made huge gains in 2018.

The whole package seems tailor-made by Washington Democrats to help their D.C. attorneys descend on local communities, exploit confusion and try to swing elections. The antics we saw in Florida in November would be only the beginning.

From the First Amendment to your ballot box, Democrats want to rewrite the rules to favor themselves and their friends. Upending the FEC, squeezing taxpayers, attacking privacy and jeopardizing our elections are a price they’ll happily pay for this partisan power grab.

Fortunately, the November elections that handed Pelosi the House also expanded Republicans’ Senate majority. I hope the two bodies can find common ground and build on the bipartisan successes of last Congress — but this outlandish Democrat proposal is not a promising start. My colleagues and I will proudly defend your privacy and your elections.