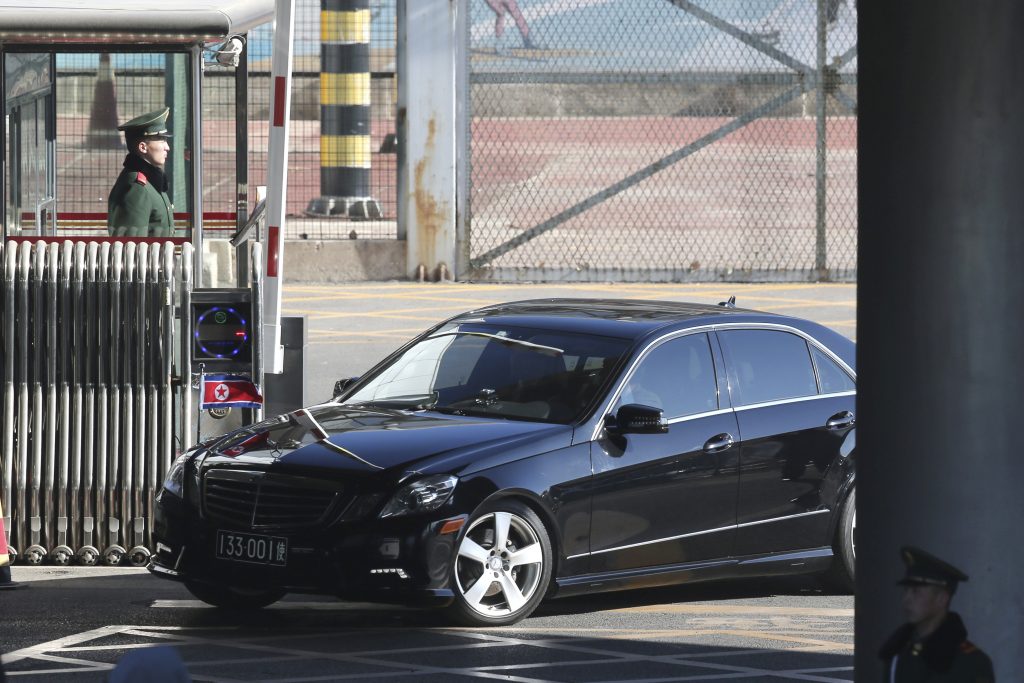 A senior North Korean official arrived in Beijing on Thursday, reportedly en route to the United States for talks ahead of a possible second summit between President Donald Trump and North Korean leader Kim Jong Un.

Kim Yong Chol, a former spy chief, arrived at Beijing’s airport and was booked to leave on a flight for Washington with two other North Korean officials later in the day, South Korea’s Yonhap news agency said.

A motorcade that included the North Korean ambassador’s car and a Chinese car with a sign reading “state guest” could be seen departing from a VIP area at the airport.

Neither the U.S. nor North Korea has announced any meetings.

A planned meeting between the two in New York last November was called off abruptly. U.S. officials said at the time that North Korea had canceled the talks.

Trump and Kim Jong Un met in Singapore in June, but little progress has been made since then toward America’s goal of getting North Korea to abandon its nuclear weapons. North Korea is seeking a lifting of economic sanctions and guarantees of its security.

Kim expressed frustration in an annual New Year’s address over the lack of progress in negotiations. On a visit to Beijing last week, he said North Korea would pursue a second summit “to achieve results that will be welcomed by the international community,” according to China’s official Xinhua news agency.