Israel Greenblatt: Report on U.S. Peace Plan ‘Not Accurate’ and ‘Not Helpful’
Israel 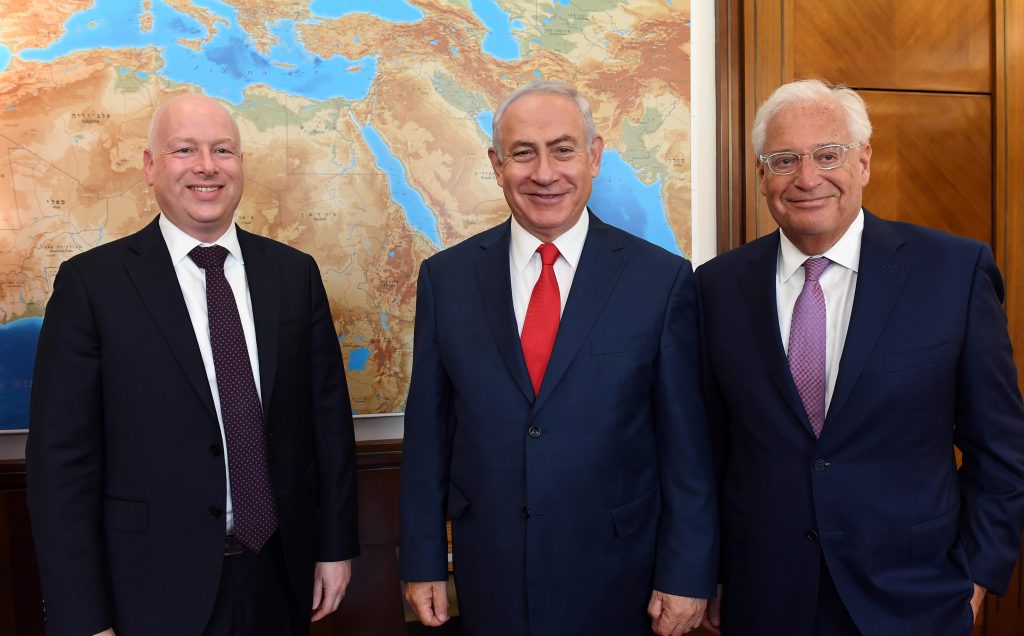 A report on Channel 13 Wednesday night on the “deal of the century” peace plan being prepared by President Donald Trump’s administration is “not accurate,” American Middle East negotiation coordinator Jason Greenblatt said Thursday. In a series of social media posts, Greenblatt wrote that while he “respects” Barak Ravid, the Channel 13 reporter who broke the story, many of the details Ravid reported are incorrect. “Speculation about the content of the plan is not helpful. Very few people on the planet know what is in it… for now,” he wrote.

The plan’s unveiling has been postponed several times, with the latest date, March, now ruled out because of the upcoming Israeli elections. That just gives the media more time to speculate, a very unhelpful phenomenon, Greenblatt said. “Over the coming period, unnamed sources will peddle narratives to the media and others based on motivations that are far from pure. Peddling false, distorted or biased stories to the media is irresponsible and harmful to the process. Israelis and Palestinians deserve better.”

According to Ravid, the plan, information on which is based on a briefing “given by a U.S. official to a small group two weeks ago,” includes the establishment of a Palestinian state “more than double the size of area A and area B,” with the entity taking up some 90 percent of Yehudah and Shomron. Israel would keep the large settlement blocs, with land swaps in Israel proper. “The U.S. peace plan divides settlements into three groups: Settlement blocks, where most settlers live, will become part of Israel; isolated settlements will not be evacuated but will not be allowed to be expanded; and outposts that are illegal according to Israeli law will be removed,” Ravid wrote. Israel would control the Old City, with the religious status quo as is currently the situation.

Ravid later wrote that “a senior White House official told me: ‘As in the past, speculation with regards to the content of the plan is not accurate. We have no further comment.'” Greenblatt confirmed that, saying that he “highly recommends that people listen only to official statements” from official sources, such as himself.