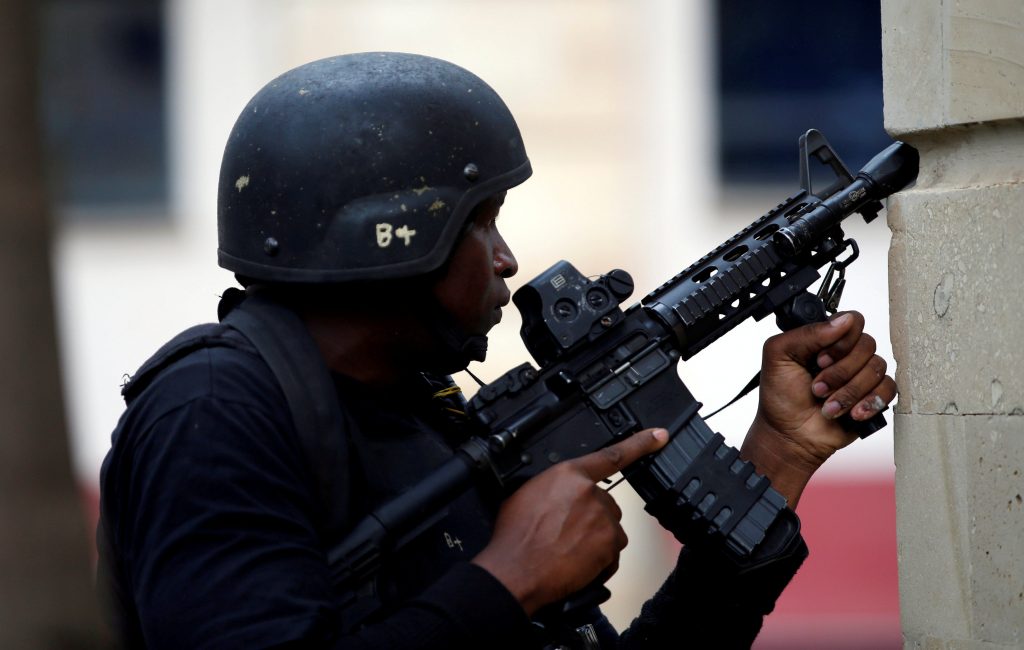 Somali terror group al Shabaab said on Wednesday that they launched a deadly attack on an upscale Kenyan hotel and business complex because of U.S. President Donald Trump’s decision to recognize Yerushalayim as the Israeli capital.

The two page statement said: “The Mujahideen (holy warriors) carried out this operation … (as) a response to the witless remarks of U.S. president, Donald Trump, and his declaration of Al-Quds (Yerushalayim) as the capital of Israel.”

Kenyan security forces killed all the Somali terrorists who stormed an upscale Nairobi hotel compound, taking at least 21 lives and forcing hundreds of people into terrifying escapes, the government said on Wednesday.

Fifty people believed to have been in the complex remained unaccounted for on Wednesday afternoon, the Kenya Red Cross said, raising the possibility of a much higher final death toll.